A special session of the Biological Weapons Convention (BWC), convened in Geneva at Russia’s request and centered on biological weapons accusations against the United States and Ukraine, ended Sept. 9 without resolution. 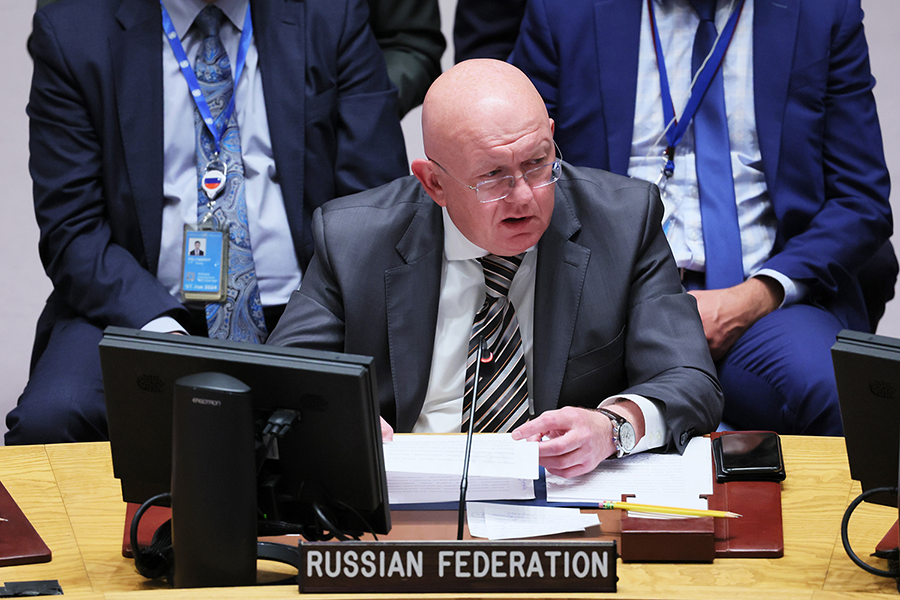 During eight closed-door meetings held Sept. 5–9, 89 BWC states-parties and one BWC signatory state heard presentations from the three countries involved in the dispute. Russia has a history of mischaracterizing U.S. biological research cooperation with Ukraine and other partners, but the consultative meeting marked the first time Russia used a provision of the treaty to press the United States for answers to its allegations.

After the meeting, U.S. State Department spokesperson Ned Price lauded the work of the U.S. and Ukrainian delegations and condemned Russian attempts to spread disinformation.

“The United States and Ukraine presented a thorough, in-depth series of presentations that strongly refuted Russia’s absurd and false claims of U.S. biological weapons development and bio-labs in Ukraine,” he said in the statement.

Russia, which called for the meeting in June, sought answers to questions concerning the “fulfillment of [the U.S. and Ukrainian] respective obligations under the convention in the context of the operation of biological laboratories on the Ukrainian territory.”

Before the meeting, the United States received a diplomatic note from Russia that “did not contain any actual questions, but rather a series of assertions and mischaracterizations of various documents that the Russian Federation claims to have obtained during Russia’s war against Ukraine,” according to a U.S. document submitted to the meeting.

Addressing allegations related to U.S. funding of Ukrainian biological research facilities, the document explained that, in 2005, the U.S. Defense Department and the Ukrainian Health Ministry entered into a cooperative agreement on preventing the proliferation of technology, pathogens, and expertise that could be used in the development of biological weapons. Such cooperation is encouraged under Article X of the BWC.

The U.S. delegation noted that Russia was a foundational partner of the U.S. Cooperative Threat Reduction programs and benefited from similar collaborative biological research and biosafety work that took place between the United States and Russia for many years until cooperation was terminated by Russia in 2014.

“Normal Ukraine-United States Article X cooperation is being demonised, which is dangerous” for the BWC, Aiden Liddle, UK ambassador to the Conference on Disarmament, said in a tweet on Sept. 7.

One series of Russian questions focused on three U.S.-issued patents for technology related to the weaponization of toxins, including whether the patents violated U.S. obligations under the BWC. The United States responded that “the decision to issue a patent does not violate the obligations” of the United States under the BWC and the Chemical Weapons Convention (CWC) on the grounds that “patent rights do not confer a legal right or authorization to produce an invention” but rather “simply serve to give the patent owner the legal means to exclude other parties from taking certain actions with respect to that invention.”

The United States responded that because multiple states-parties to the BWC and CWC have issued similar patents, including Russia, it might be beneficial to hold “further discussions on best practices for identifying and addressing such applications.”

Regarding U.S. funding of animal surveillance projects in Ukraine, the United States dismissed Russian claims that the projects are seeking to “weaponize” migratory birds. It said the two research projects collect data on avian diseases in migratory birds to support “a long-term international effort encouraged by the World Health Organization to understand the spread of avian influenza around the world.”