Improving control over weapons after they have been delivered was the theme of the annual conference of states-parties to the Arms Trade Treaty (ATT), which took place during a time of massive weapons transfers by treaty members responding to the Russian invasion of Ukraine. 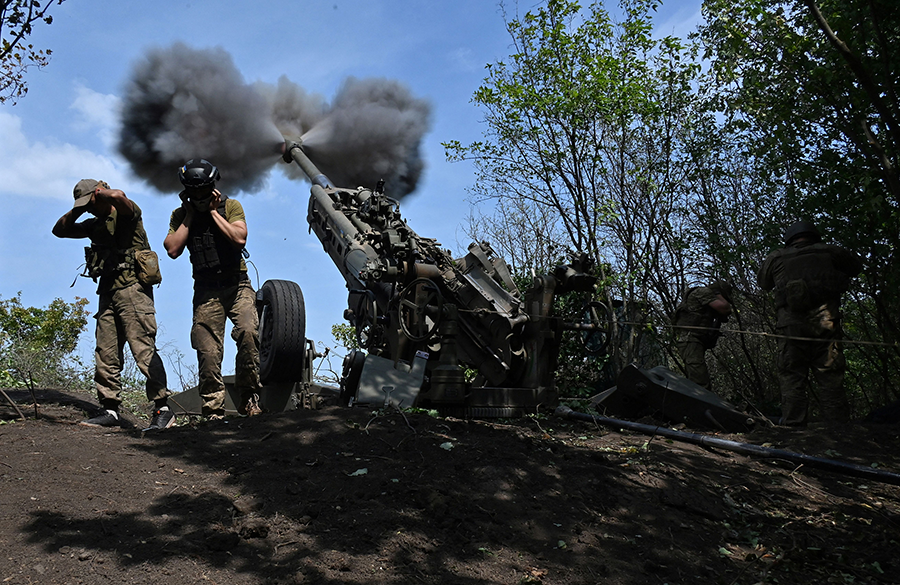 Under the treaty, member states agree to consider the risks that arms transfers would undermine peace and security or facilitate serious violations of international humanitarian or human rights laws. Very little discussion of specific transfers took place during the formal sessions, held in Geneva on Aug. 22–26, but a few countries spoke of the war in Ukraine, saying that the treaty should be interpreted so as to prohibit transfers to Russia.
(See ACT, October 2021.)

For example, the Netherlands called “on all our ATT partners to refrain from supplying weapons to the Russian Federation due to an overriding risk of misuse.” The United Kingdom encouraged all states-parties that have not suspended such transfers “to reconsider, in line with their treaty obligations.” The European Union argued that, “[i]n the current unprovoked and unjustified war of aggression by Russia in Ukraine, given the many grave breaches by Russia of the Geneva Conventions, including attacks directed against civilian objects or civilians, arms transfers to Russia would not be permitted under the ATT.”

Austria, while noting that its neutrality leads it not to provide weapons to Ukraine, said, “we fully acknowledge the right of Ukraine to acquire arms for self-defense against the illegal invasion by Russia.” Although Ukraine is a signatory, neither it nor Russia are states-parties to the treaty or are mentioned in the final report that was adopted by conference participants.

Delegates considered a range of recommendations for the post-shipment phase of transfers with the goal of preventing weapons diversion and addressing risks associated with the arms trade. In the final report, states-parties were encouraged to continue such discussions, which also will be taken up in the working group on effective treaty implementation.

Noting that discussion of specific transfers is often lacking, Cindy Ebbs, co-director of the civil society coalition Control Arms, told Arms Control Today on Sept. 14 that it was a positive sign that the Diversion Information Exchange Forum met for the first time during this year’s conference. Established in 2020 but delayed from meeting in person because of the COVID-19 pandemic, the forum is meant to provide an opportunity for states to share cases of suspected or detected diversion. It is controversial because it is open only to states-parties and signatories. (See ACT, September 2020.)

During the forum, four countries discussed specific diversion cases in what was reported to be a productive exchange. Ebbs continued to argue that the forum should be open to civil society, but welcomed the effort for countries to discuss concrete implementation challenges.

With the recent ratifications by Gabon and the Philippines, the ATT has 112 states-parties. The United States, whose 2013 signature to the treaty was rejected by President Donald Trump in 2019, sent a delegation to the meeting, which did not speak during the formal sessions. Last year, the U.S. delegation indicated that a new conventional arms transfer policy would be released shortly and help define Washington’s relationship to the treaty. That policy has yet to be released.

The ninth conference of ATT states-parties, led by South Korea, will be held in Geneva on Aug. 21–25, 2023, with an expected special focus on the role of industry.