At the October 1986 summit in Reykjavik, U.S. President Ronald Reagan and Soviet leader Mikhail Gorbachev and their teams found themselves in a parallel universe, where the Strategic Defense Initiative had potential, in Reagan’s view, to protect U.S. citizens from nuclear ballistic missile attack and, in Gorbachev’s view, to negate the Soviet Union’s deterrent forces, leaving his country at the mercy of the United States. It was a universe where sensitive, not-yet-developed U.S. missile defense technology would be shared with Washington’s principal adversary and where an offer to eliminate ballistic missiles was countered with an offer to eliminate all strategic forces, which in turn was countered with an offer to eliminate all nuclear weapons. 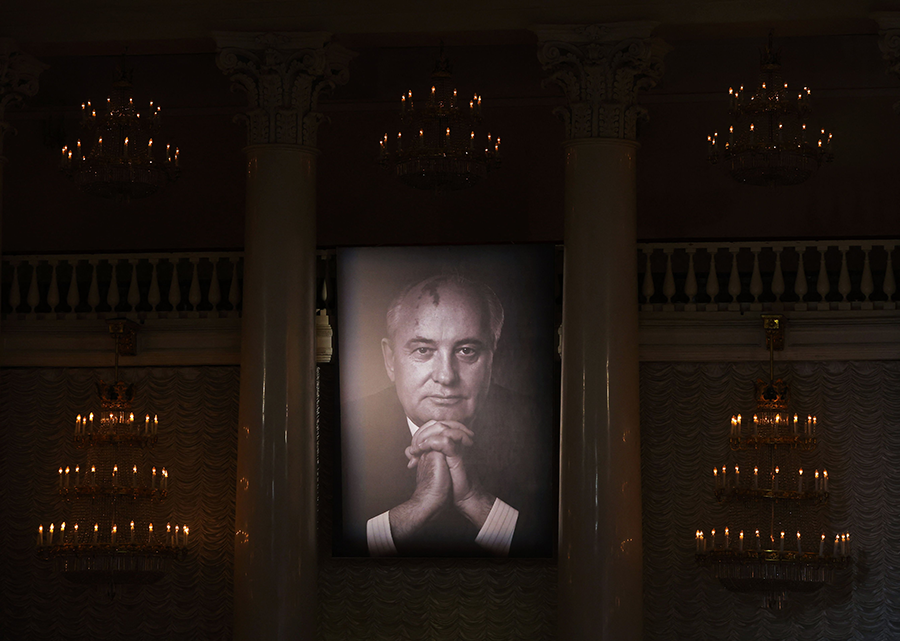 From one perspective, the summit was hastily arranged with little preparation. The United States refused to schedule a meeting as long as journalist Nicholas Daniloff of U.S. News and World Report was held in Soviet custody on espionage charges. He was released on September 23, and the Reykjavik talks were announced on September 30 beginning on October 11. No scripted meetings were planned; no joint statement was negotiated in advance. Reagan and Secretary of State George Shultz looked forward to a personal dialogue between the two presidents. Experts then would follow up to produce detailed documents.

From another perspective, however, the groundwork for the summit had been put in place for some time. U.S. and Soviet negotiating teams had been meeting for years to examine possible limits on strategic nuclear forces, on intermediate-range nuclear forces, and on missile defense systems. They had engaged in detailed technical discussions across this broad spectrum of issues and had staked out well-defined positions that diverged in important ways. Both sides brought to Reykjavik senior officials and experts with considerable experience in these subjects who could provide the leaders with assessments of proposals and engage in technical negotiations if asked to do so.

Gorbachev took the initiative, offering new proposals on reductions in strategic and intermediate-range nuclear forces. Some of his opening offers represented significant movement toward U.S. positions. When negotiating teams met overnight, further Soviet concessions were forthcoming, so that by the second day the basic framework of what would later become the Strategic Arms Reduction Treaty (START) and the Intermediate-Range Nuclear Forces (INF) Treaty had been worked out.

Yet, these substantial moves, the first actual reductions in nuclear arms ever to be agreed, were contingent in Gorbachev’s view on further limits on missile defense systems. His proposal was for an agreement under which the two sides would not withdraw from the Anti-Ballistic Missile (ABM) Treaty for at least 10 years, followed by a period of negotiations lasting three to five years on how to proceed after that. In the meantime, research and testing of space-based components of missile defense systems would be confined to laboratories.

So began the remarkable dialogue between Reagan and Gorbachev, trading ideas for drastic reductions in strategic offensive arms linked to flexibility on missile defense systems. Reagan proposed eliminating all offensive ballistic missiles over a 10-year period, after which either side would be free to deploy missile defense systems. He argued that once ballistic missiles were eliminated, missile defense would not be problematic for the Russians and could be a useful hedge against cheating or against potential weapons of third countries. Reagan further pledged that if advanced missile defense technology proved successful, the United States would share it with the Soviet Union.

Gorbachev countered with a proposal to eliminate all strategic offensive arms, including bombers and ballistic missiles, over a 10-year period, coupled with a commitment not to withdraw from the ABM Treaty during that time and not to test space-based missile defense components outside laboratories.

Gorbachev made a serious technical error in pressing to prohibit testing of space-based missile defense components. As Soviet scientists could have told him at the time and as subsequent events have demonstrated, U.S. space-based missile defense systems would not pose a serious threat to the Soviet strategic missile force for the foreseeable future for technical reasons. Either Gorbachev believed that Reagan’s Strategic Defense Initiative truly threatened the Soviet deterrent, or others in the Soviet leadership gave him no flexibility on this question.

In the back and forth over eliminating ballistic missiles versus eliminating all strategic offensive arms, Reagan offered to eliminate all nuclear weapons. Gorbachev agreed they could do that, provided the United States conceded on the missile defense issue.

The talks in Reykjavik came to an abrupt end. As Reagan and Gorbachev emerged from the summit venue at Hofdi House, the waiting reporters could tell immediately by the exhausted faces and body language that the leaders had tried and failed to reach the breakthrough they had envisioned. When Shultz met the press after the conclusion of the talks, his disappointment was obvious too.

Gorbachev’s death on August 30 at the age of 91 has prompted new speculation about what might have happened if he and Reagan had come to an agreement on the breathtakingly ambitious schemes they discussed and wanted. Prior to Reykjavik, both leaders had put forward proposals for eliminating all nuclear weapons. The exchanges in Reykjavik showed their strong attraction to such drastic measures, but there was little support for them at home. Even as Reagan, Gorbachev, and Shultz reached for transformative agreements among themselves, they would have faced a titanic struggle in Washington and probably in Moscow as well if they had pushed forward. They were eager to try; what the outcome would have been is difficult to say.

Most of the U.S. team flew home the night the summit ended, but Shultz had a date to brief the NATO allies in Brussels the next day. As he boarded his official airplane, he was exhausted and disappointed at trying so hard and coming so close to something that big. So, I composed a four-by-six card with a list of all that had been achieved in those two days, resolving on favorable terms many long-standing obstacles in the INF Treaty and START negotiations. It was an impressive record and made clear that the Reykjavik summit was one of the most productive meetings of its kind. I handed the card to Charlie Hill, a close Shultz adviser, to give to the secretary, and shortly thereafter I was called up to the front of the plane to go through the list. When we got to NATO headquarters the next day, Shultz gave positive presentations to the allies and to the press on all that had been accomplished.

As Shultz predicted, notwithstanding the continuing differences over missile defense systems, over time the Soviets came back to the framework on strategic and intermediate-range nuclear forces developed in Reykjavik, and the INF Treaty and START were completed successfully in 1987 and 1991.

Nuclear arms competition with the United States was only one of many major economic, political, and security challenges facing Gorbachev. In many cases, he looked to the United States for help. He listened attentively to Shultz on economic reform. He partnered with the United States on a series of steps to reduce the military threat to the Soviet Union, including not only the INF Treaty and START but also reductions in nuclear and conventional forces in Europe. Perhaps most remarkable was Gorbachev’s decision to enable Soviet support for a UN Security Council resolution authorizing force against Iraq, a long-time Soviet ally, just prior to the 1991 Persian Gulf War.

As Gorbachev’s economic and political perestroika reforms transformed life in the Soviet empire, events spun out of his control, ultimately leading first to the Warsaw Pact countries and then the Soviet republics to break away as independent countries. Gorbachev deserves credit for allowing the Eastern European countries to make their own way in the world, including by joining NATO.

His plans for a new political relationship between Moscow and the republics, leading to a decentralized and rejuvenated Soviet Union, were overtaken by the 1991 coup. That stimulated the leaders of the republics, including Boris Yeltsin, who had been democratically elected president of Russia thanks to Gorbachev’s reforms, to press ahead and declare their independence, bringing an end to the Soviet Union that Gorbachev tried but ultimately failed to reform and preserve.

James Timbie, an Annenberg Distinguished Visiting Fellow at the Hoover Institution at Stanford University, was a senior adviser at the U.S. Department of State from 1983 to 2016, where he played a central role in negotiating nuclear arms reductions agreements with the Soviet Union and Russia, including accompanying Secretary of State George Shultz to the Reykjavik summit.