“[My time at ACA] prepared me very well for the position that I took following that with the State Department, where I then implemented and helped to implement many of the policies that we tried to promote.”
– Peter Crail
Business Executive for National Security
June 2, 2022
An Opening for Renewed Disarmament Diplomacy

In addition to increasing human suffering and reminding the world of the risks of nuclear weapons, the Russian war on Ukraine halted U.S. and Russian arms control talks that are necessary to maintain verifiable caps on, perhaps even reduce, the world’s largest nuclear arsenals. But now there is an opportunity for renewing disarmament diplomacy. 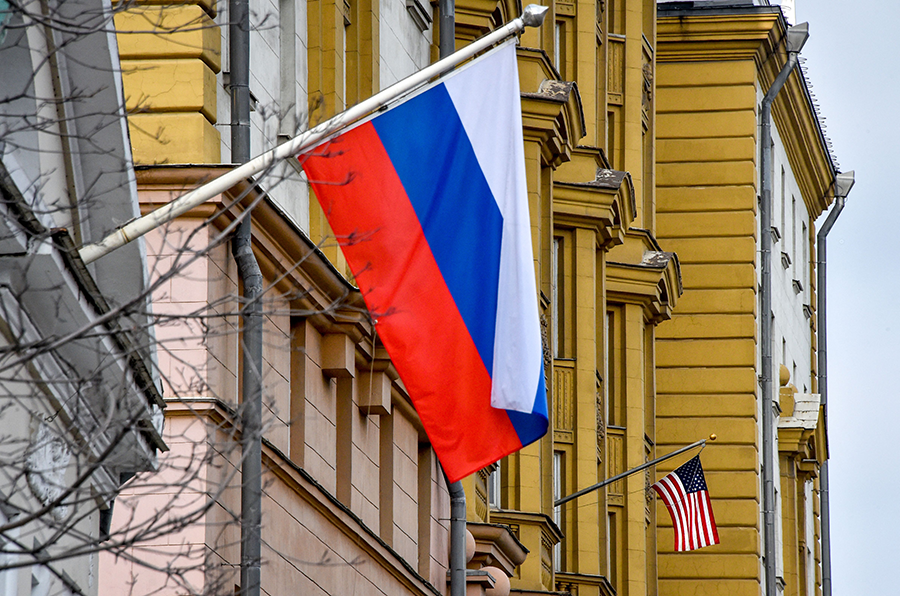 U.S. President Joe Biden, building on his letter to the Arms Control Association on June 2 in which he said that “our progress must continue beyond the New START [New Strategic Arms Reduction Treaty] extension,” issued a statement on Aug. 1 at the start of the 10th review conference of the nuclear Nonproliferation Treaty (NPT) in which he declared, “Even at the height of the Cold War, the United States and the Soviet Union were able to work together to uphold our shared responsibility to ensure strategic stability. Today, my administration is ready to expeditiously negotiate a new arms control framework to replace New START when it expires in 2026. But negotiation requires a willing partner operating in good faith.”

This call for further nuclear arms control negotiations was welcomed by dozens of states at the NPT review conference, where frustration over the deficit in disarmament diplomacy ran high. Importantly, the United States and Russia agreed in the draft NPT document “to pursue negotiations in good faith on a successor framework to New START before its expiration in 2026, in order to achieve deeper, irreversible, and verifiable reductions in their nuclear arsenals.” Despite Russia’s decision to block consensus on the draft NPT document over other issues, both sides should follow through on the New START follow-on talks.

Without new arrangements to supersede New START, there will be no limits on the size or composition of the world’s two largest nuclear arsenals for the first time since 1972. Moreover, efforts to engage China and the other nuclear-armed states in the disarmament enterprise will fall flat, and the dangers of unconstrained global nuclear arms racing will only grow.

Although Biden and Russian President Vladimir Putin say they want to negotiate new arms reduction agreements, they have not resumed their dialogue, and each suggests progress depends on the other.

Russia says it supports New START and talks on follow-on agreements, but first wants more details on the Biden administration’s proposal for talks. Complicating matters, Russia announced on Aug. 8 that it would not allow the resumption of inspections under New START that were suspended in 2020 due to the COVID-19 pandemic. Russia claims that U.S. travel restrictions make it difficult for Russia to conduct inspections of U.S. nuclear installations while U.S. inspectors do not face similar rules.

Given that the war in Ukraine could drag on indefinitely and that time is running short on New START, it is imperative that Moscow and Washington immediately resolve the differences blocking the restart of New START inspections and begin negotiations, without conditions, on new arms control arrangements to supersede New START.

The key objective should be deeper, verifiable reductions to a total of 1,000 deployed strategic nuclear warheads and delivery systems per side, which would be roughly a 33 percent decrease from the levels in New START.

New understandings need not be expressed as formal treaties that require approval by the Russian Duma and the gridlocked U.S. Senate. Binding executive agreements, like the first U.S.-Soviet arms control deal, would suffice.

At a minimum, U.S. and Russian leaders should issue unilateral reciprocal commitments to respect the central limits of New START until such time as new agreements that supersede New START are concluded. With the recent collapse of the Intermediate-Range Nuclear Forces Treaty, negotiators also should pursue a verifiable moratorium on the deployment in Europe of missiles formerly banned by the treaty.

Progress will not be easy and political support is not assured. With the Dr. Strangelove Caucus in Congress already clamoring for the United States to abandon New START, the Biden administration and nongovernmental organizations committed to nuclear risk reduction need to expand their efforts.

Franklin Miller, a former Defense Department official, argues that, in response to China and Russia, the United States should withdraw from New START to allow a buildup from the current level of 1,550 deployed strategic warheads to 3,000 or 3,500. Such radical notions would repudiate 50 years of U.S. policy, violate U.S. legal obligations under the NPT to pursue disarmament, and open the door to a dangerous new era of nuclear arms racing and nuclear proliferation.

Negotiations on a New START follow-on framework are essential to reduce the Russian nuclear threat, constrain a potential Chinese nuclear buildup, and lower the risk of nuclear conflict. Now is the time for Washington and Moscow to resume talks on nuclear arms control. In 1979, Sen. Biden (D-Del.) told an Arms Control Association meeting that “[p]ursuing arms control is not a luxury or a sign of weakness, but an international responsibility and a national necessity.” That was true during the Cold War, and it remains true today.