The Defense Department program responsible for eliminating the last vestiges of the U.S. chemical weapons arsenal hit a milestone in April when it completed destruction of the government’s stockpile of deadly VX agent at a facility in Kentucky. The program is now seeking regulatory approval for a new plan to speed destruction activities at the Pueblo Chemical Agent-Destruction Pilot Plant in Colorado. 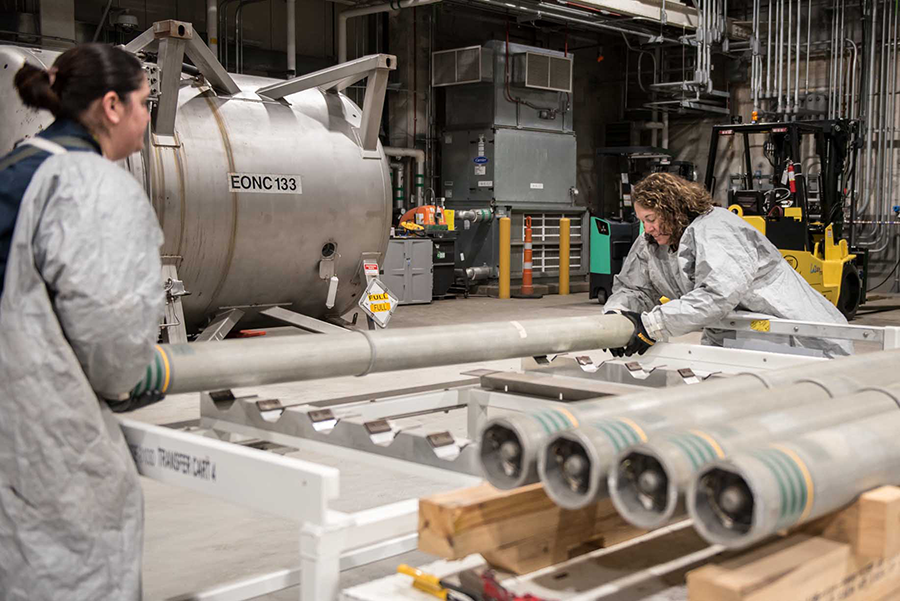 Under the Chemical Weapons Convention (CWC), the United States is obligated to destroy its chemical weapons by September 2023. That goal was advanced when the Defense Department’s Assembled Chemical Weapons Alternatives program destroyed the last M55 rocket containing the nerve agent VX at the Blue Grass Chemical Agent-Destruction Pilot Plant in Richmond, Ky. on April 19. The program’s proposed plan to accelerate destruction operations at the Colorado facility seeks to counteract slow munitions processing rates that could make it difficult to meet the CWC deadline for destroying all U.S. chemical weapons.

The Colorado site employs multiple technical processes to destroy the chemical munitions and agents stored at nearby Pueblo Army Depot. Since operations began in September 2016, the site has destroyed 2,255 tons of the 2,600 tons of various chemical munitions originally stored at the depot.

At an April 27 public meeting of the Colorado Chemical Demilitarization Citizens’ Advisory Commission, Walton Levi, project manager at the Pueblo site, announced the possibility of speeding up the destruction by processing some of the 4.2-inch mortar rounds in the main plant in addition to three static detonation chambers.

“We can run [4.2-inch mortar rounds] in the main plant. That gives us some greater certainty that we will meet the treaty deadline,” Levi said. But he said the plan still needs to be formally approved and permitted by the Colorado Department of Public Health and Environment.

According to the Pentagon’s program office, the Colorado stockpile initially consisted of three chemical munitions types: 155mm and 105mm projectiles and 4.2-inch mortar rounds, all containing mustard agent. The pilot plant has used neutralization followed by biotreatment to destroy the majority of its 155mm and 105mm projectiles. A limited number of problematic munitions have been destroyed in detonation chambers. The destruction of the 155mm weapons was completed in September 2020, and program officials estimate that the destruction campaign for the 105mm projectiles will finish in July.

The majority of the 4.2-inch mortar rounds originally were slated to be eliminated by three static detonation chambers, which use thermal heating to detonate or deflagrate munitions, mustard agents, and explosive components. The trial burn testing finished on May 13, and, according to John Jackson, deputy plant manager for the static destruction chambers, the site will “continue to process [4.2-inch mortar rounds] at 50 percent rates on one [static destruction chamber] unit at a time.” Nearly 2,000 mortar rounds have been destroyed, but thousands more remain.

At the current pace, the static detonation chambers at the Colorado plant could delay the destruction of the remaining portion of the U.S. declared chemical weapons stockpile past the September 2023 deadline. Downtime, maintenance, or a 5-day week operating schedule could extend the time needed to finish the destruction activities, but processing some munitions in the main plant could help alleviate the issue.

Levi said that the plant team is “leaning forward as a program and a project to be ready when and if that [permit] decision is made.” The team is working on a “plug-in and operate” design to process the 4.2 inch mortar rounds in the main plant so that they can hit the ground running by late summer.