The first meeting of the working group on reducing space threats was held May 9–13 in Geneva. The forum was mandated by a UN General Assembly resolution approved in December to promote “norms, rules and principles of responsible behaviors” in space. (See ACT, December 2021.) Earlier this year, Russia raised procedural objections that delayed the scheduling of the meeting, but Russia participated in this session. 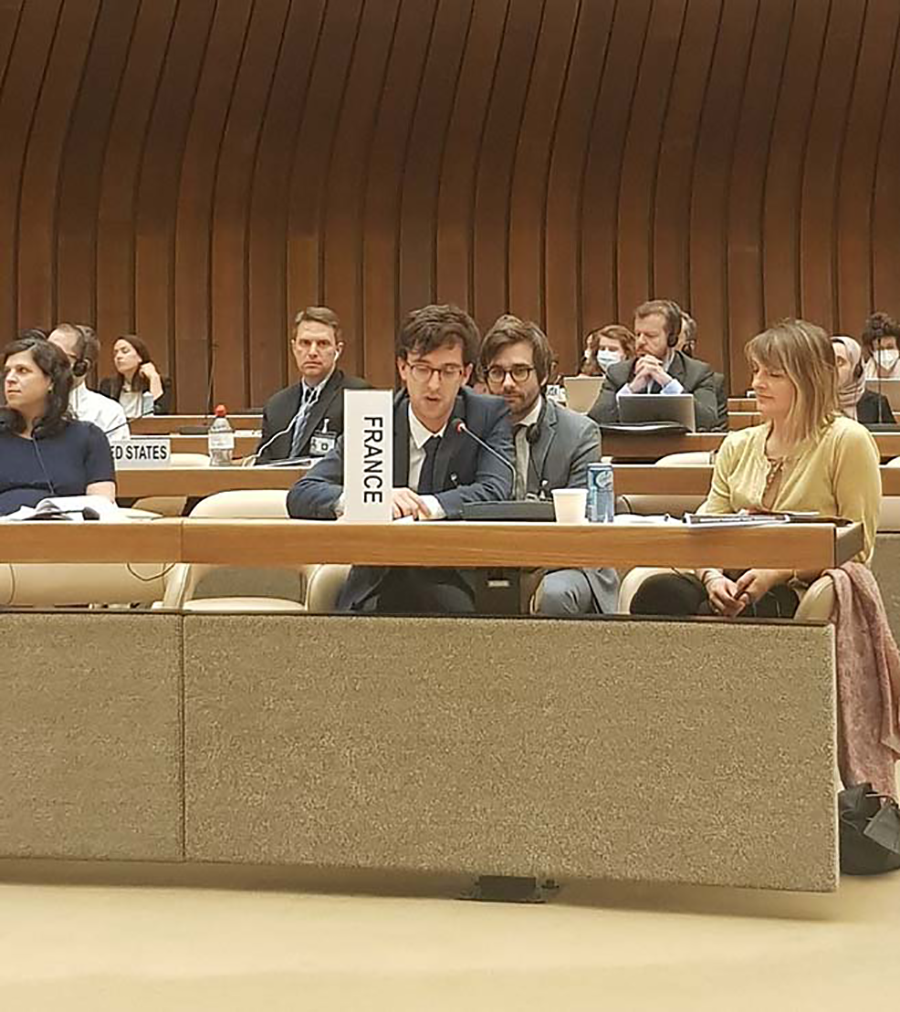 The 1967 Outer Space Treaty prohibits the placement of nuclear weapons in space, but there are no restrictions on other types of weapons in that domain. Efforts to launch talks that might produce new understandings on maintaining the peaceful use of space have been stymied for years. The working group discussions reflected ongoing differences in emphasis and approaches to the issue, but also showed there is growing pressure for tangible results.

“We are trying to have a positive momentum in this process…because it is in everybody’s interest, and so far, we have achieved that. We see that there is big engagement and interest in moving things forward,” Hellmut Lagos of Chile, chair of the Open-Ended Working Group on Reducing Space Threats, said on May 13.

In April, the United States announced it would “not…conduct destructive, direct-ascent [anti-satellite (ASAT)] missile testing, and that [it] seeks to establish this as a new international norm for responsible behavior in space.” The initiative has received support from other states.

On May 9, the Permanent Mission of Canada to the United Nations in Geneva issued a statement pledging that Canada would join the ASAT ban. “For 40 years [Canada] has advocated for a halt to [ASAT] tests. Today we joined the U.S. pledge not to conduct destructive ASAT missile testing. We encourage all states to join so that together we can make this a global norm,” the Canadian statement said.

To date, Russia, China, the United States, and India have demonstrated the ability to destroy satellites with ground- or air-launched missiles, which produce dangerous space debris that can threaten orbiting satellites and represent counterspace activities that threaten international stability and security. Russia and China have long advocated for a treaty to prevent an arms race in outer space, which would focus on barring weapons in space, while other states have sought approaches that prevent actions that harm objects in space from any source.

In a statement on behalf of his government, Aidan Liddle, UK ambassador to the Conference on Disarmament, said on May 9 that the United Kingdom “believes that framing this problem in terms of norms, rules and principles of responsible behaviors—that is, on the actions, activities or omissions of states rather than the capabilities themselves, many of which are dual purpose or hard to effectively verify—is more likely to lead to solutions.”

Referring to Russia and China, Liddle added that “[w]e recognize that many delegations want those solutions to be enshrined in a legally binding treaty. We hope that this will be possible. History has shown that successful legal instruments are usually the result of an iterative process, such as this one. So, the responsible behaviors approach is not a prescription for moving slowly but a way to get the journey started.”

The working group will meet again in September with a focus on “current and future threats by states to space systems, and actions, activities and omissions that could be considered irresponsible.” In 2023 the working group will begin preparing its recommendations to the UN General Assembly.