President Joe Biden is taking advantage of rarely used legal authorities to expedite massive new U.S. weapons deliveries and other assistance to Ukraine while continuing to delay issuance of a new policy that broadly defines the purpose of arms transfers. 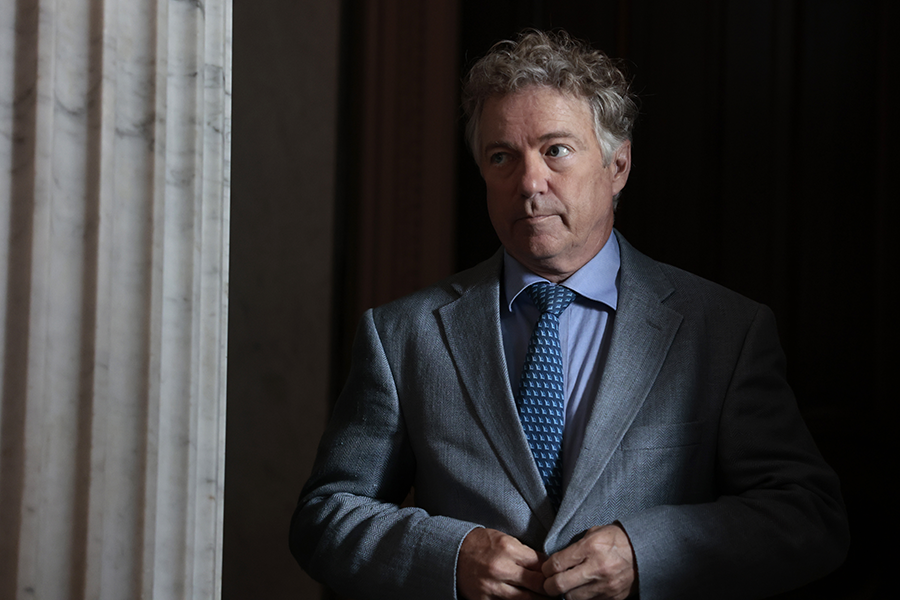 In terms of aiding Ukraine’s defense against Russian aggression, the most symbolic move so far was Congress’ decision to pass legislation modeled after the World War II-era Lend-Lease Act, which enabled the Roosevelt administration to quickly provide arms to U.S. allies and turn the tide of that conflict.

The Ukraine Democracy Defense Lend-Lease Act of 2022 passed the Senate by a unanimous voice vote on April 6 and the House by an overwhelming 417–10 vote on April 28. In a speech touting the legislation that day, House Speaker Nancy Pelosi (D-Calif.) stressed the importance of “waiving time-consuming requirements on the president’s authority to send critical defensive resources to Ukraine.”

Biden waited until May 9 to sign the bill into law, providing a symbolic counter to Russia’s Victory Day celebrations. “Every day, the Ukrainians pay with their lives,” Biden said at the signing ceremony. “[T]he cost of the fight is not cheap, but caving to aggression is even more costly.”

Although lend-lease authorities already exist, they are rarely used. The new law removes a number of hurdles encumbering Ukraine or other eastern European countries affected by the Russian war, including a prohibition on loans or leases lasting more than five years. Exactly how the president might use the new authority is not clear.

Meanwhile, on April 24, U.S. officials declared that an emergency existed in order to provide $165 million in ammunition to Ukraine under the Foreign Military Sale program. This was Biden’s first use of a rarely invoked authority under the Arms Export Control Act that allows the executive branch to bypass mandated congressional review periods before it can conclude arms sales.

Unlike in 2019 when both chambers of Congress passed resolutions to try to block President Donald Trump from using such an authority for emergency arms transfers to Saudi Arabia and the United Arab Emirates, Biden did not face any significant opposition to his emergency declaration. Trump had to veto the resolutions, which Congress was unable to override in late July 2019. (See ACT, September 2019.)

The same day the House approved the lend-lease legislation, the Biden administration asked Congress for an additional $33 billion for Ukraine and European security through September, stating that $3.5 billion in existing authority to draw down U.S. stocks was nearly exhausted. (See ACT, May 2022.) The April 28 request included $5 billion in additional drawdown authority, $6 billion for the Ukraine Security Assistance Initiative, and $4 billion for the State Department’s Foreign Military Financing program.

On May 10, the House added to the request by passing an even larger $40 billion emergency package in a 368-57 vote. In a press release, House Appropriations Committee Chair Rosa DeLauro (D-Conn.), who sponsored the bill, said, “Given the magnitude of the terror campaign being waged against the Ukrainian people and Ukrainian democracy, we are morally obligated to ensure Ukraine has the security and economic aid they need.” The Senate passed the legislation 86–11 on May 19, and Biden signed it into law on May 21.

The law places very few hurdles on the administration’s use of the funds, an issue that prompted Sen. Rand Paul (R-Ky.) to block an effort to move the bill forward by unanimous consent on May 12. He proposed including language requiring the appointment of a special inspector general to monitor the funds. That could have forced the legislation back to the House despite presidential calls for quick action.

The law requires the Defense Department’s inspector general to provide a report on the funds within 120 days, a report on end-use monitoring efforts within 45 days, and an unclassified report every 30 days detailing defense articles and services provided to Ukraine.

At the same time as it is speeding weapons to Ukraine, the Biden administration continues to delay actions that would clarify its view on the role of U.S. arms transfers more broadly. Specifically, the administration has not used the moment to finally release its new conventional arms transfer policy despite telling congressional offices as least as long ago as July 2021 that a presidential policy that would do more to promote human rights was coming.

During an event hosted by the Forum on the Arms Trade on April 14, Mira K. Resnick, deputy assistant secretary of state for regional security, reiterated that the revised arms transfer policy had the “goal of revitalizing U.S. leadership on democracy and human rights.” But she did not indicate when the document would be finalized.

Civil society advocates have expressed frustration with the delay of the policy release, which they have attributed to administration preoccupation first with the collapse of the Afghan government in 2021 and now the war in Ukraine. To many of those advocates, the policy inherited from the Trump administration places too much emphasis on the commercial value of arms transfers. (See ACT, January/February 2021.)

The current policy did not come up publicly during recent Arms Trade Treaty (ATT) preparatory meetings in late April. At the annual ATT conference of states-parties last August, U.S. representatives indicated that the policy would be “finalized shortly and released” and would be used to review “the proper relationship of the United States” to the treaty. (See ACT, October 2021.)

Despite expectations that this administration would do so, it has not taken action to honor the 2013 U.S. signature to the treaty, which Trump rejected in 2019. (See ACT, May 2019.) The vast majority of the countries providing weapons to Ukraine are treaty members. Today, there are 111 states-parties to the treaty, including all NATO countries aside from Turkey and the United States.