Russian President Vladimir Putin’s war against Ukraine, waged under the threat of nuclear weapons use, has delivered a shocking reminder of an existential danger that did not disappear with the end of the Cold War. Putin’s aggression increases the potential for a NATO-Russian conflict that could quickly escalate, lead to the use of nuclear weapons, and spiral into a global nuclear catastrophe. Although leaders in Washington and Moscow understand that a nuclear war cannot be won, their respective nuclear deterrence policies and the ongoing fighting make it more likely that a nuclear war could be fought. 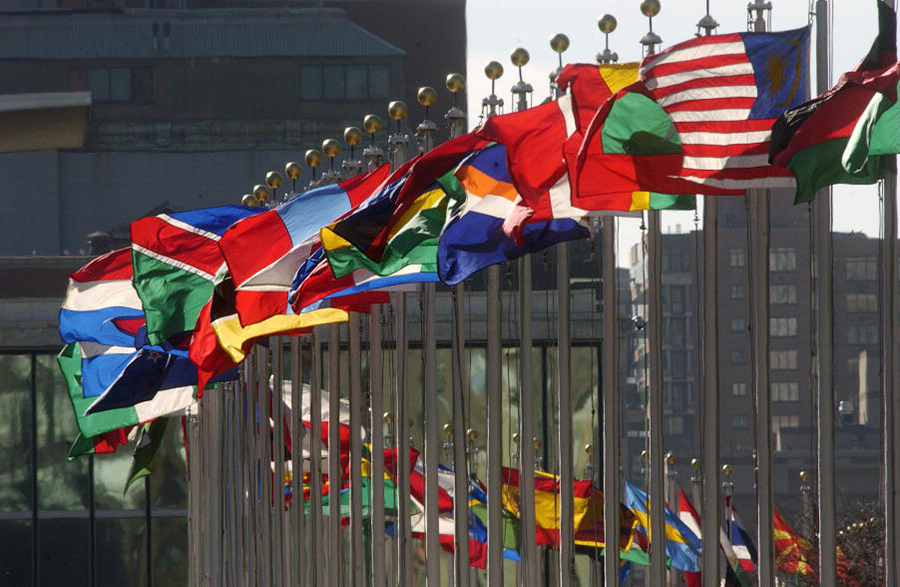 Putin’s decision to discard diplomacy and invade Ukraine puts the 77-year taboo against nuclear weapons use to the test. It also has derailed the strategic stability and arms control dialogue between Washington and Moscow, made a mockery of the repeated security assurances that nuclear-armed states will not attack non-nuclear states, and created a major challenge for the nuclear Nonproliferation Treaty (NPT) regime.

But the international community’s pushback against Russia’s nuclear bullying has been far too tepid.

The next global debate about nuclear weapons will take place in August at the 10th NPT Review Conference. In the face of the growing danger of nuclear war, this is a critical opportunity for the treaty’s 191 states-parties to reinforce the norms against nuclear weapons, to strongly condemn any threat of nuclear weapons use, and to intensify the pressure for action to fulfill the treaty’s Article VI provision “to pursue negotiations in good faith on effective measures relating to cessation of the nuclear arms race at an early date and to nuclear disarmament.”

Responsible nuclear-weapon and non-nuclear-weapon states cannot afford simply to muddle through the month-long meeting. Russia’s violent assault on Ukraine is a clarion call for responsible NPT states to rally around a meaningful nuclear risk and disarmament action plan. Even if a consensus final document is not attainable due to tensions over the war, a supermajority of states should seek to chart the path forward through a joint declaration.

Putin’s war has derailed for now U.S.-Russian talks on further cuts in their bloated strategic arsenals and new agreements to limit short- and intermediate-range nuclear weapons, but the United States and Russia, as well as other NPT states-parties, are still bound by their disarmament obligations. The last remaining U.S.-Russian arms reduction agreement, the New Strategic Arms Reduction Treaty (New START), expires in early 2026. Without commonsense arms control guardrails, the dangers of unconstrained global nuclear arms racing will only grow.

U.S. President Joe Biden should direct his team to embrace a bold, specific NPT action plan, which, more than any rhetoric from U.S. diplomats, would show that his administration wants to be on the right side of history rather than resisting the overdue action that is needed to reduce nuclear dangers.

Other states cannot afford to wait for the United States to lead or allow the other NPT nuclear-weapon states (China, France, and the United Kingdom) to escape accountability. Robust, constructive leadership from other NPT states-parties, such as Germany, Indonesia, Ireland, Japan, Kazakhstan, Mexico, South Africa, and Sweden, will be needed. Leaders of the humanitarian initiative on nuclear weapons and the Non-Aligned Movement also have crucial roles to play. Their previous statements and working papers suggest these states share common positions that would allow them to advance a common nuclear risk and disarmament action agenda that:

At this time of heightened nuclear danger, responsible NPT states must act with urgency to reinforce norms against nuclear weapons, push back against Russia’s nuclear bullying, and strengthen their commitment to reverse the arms race, avoid nuclear war, and eliminate nuclear weapons.