President Joe Biden has signed off on a months-long, Pentagon-led review of U.S. defense strategy and nuclear weapons policy. On March 28, the White House announced that it had transmitted to Congress the classified version of the National Defense Strategy (NDS). Senior administration officials told Arms Control Today that this document includes the Nuclear Posture Review (NPR) and the Missile Defense Review (MDR)
as annexes. 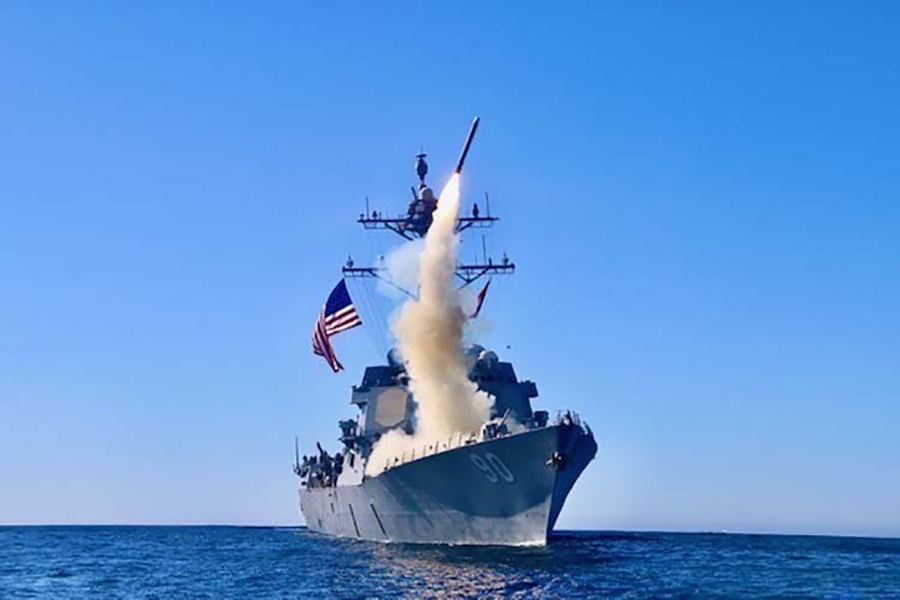 Senior U.S. officials said that Biden has decided not to follow through on his 2020 pledge to declare that the sole purpose of nuclear weapons is to deter a nuclear attack against the United States or its allies. Instead, he approved a version of a policy from the Obama administration that leaves open the option to use nuclear weapons not only in retaliation to a nuclear attack, but also to respond to non-nuclear threats.

Biden’s policy declares that the “fundamental role” of the U.S. nuclear arsenal is to deter a nuclear attack, but will still leave open the option that nuclear weapons could be used in “extreme circumstances to defend the vital interests of the United States or its allies and partners,” officials told ACT. According to a March 25 report by The Wall Street Journal, this might include nuclear use to deter enemy conventional, biological, chemical, and possibly cyberattacks.

During the presidential campaign, Biden wrote in the March 2020 issue of Foreign Affairs, “I believe that the sole purpose of the U.S. nuclear arsenal should be deterring—and, if necessary, retaliating against—a nuclear attack. As president, I will work to put that belief into practice, in consultation with the U.S. military and U.S. allies.”

A senior administration official who spoke with Arms Control Today on March 29 emphasized that under Biden, the United States would maintain a “very high bar for considering nuclear weapons employment.”

“The NPR also underscores our commitment to reducing the role of nuclear weapons and reestablishing U.S. leadership in arms control, and it emphasizes the administration’s commitment to stability, avoiding costly arms races, and facilitating risk reduction and arms control arrangements where possible,” a senior U.S. official told ACT.

Since the end of the Cold War, successive presidents have updated U.S. nuclear weapons and risk reduction policy through comprehensive nuclear posture reviews, which produce a strategy document that outlines the role of these weapons in U.S. strategy, the plans for maintaining and upgrading nuclear forces, and the overall U.S. approach to nuclear arms control and nonproliferation.

Each previous post-Cold War NPR, including those by President Bill Clinton in 1996, President George W. Bush in 2002, President Barack Obama in 2010, and President Donald Trump in 2018, has made adjustments that reflect the foreign and military policies of each administration, overall reflecting more continuity than change. The number of targets in the nuclear war plans has been reduced since the mid-1990s, but the United States and Russia maintain their strategic forces on a “launch under attack” posture, and U.S. presidents have all refused to rule out the potential use of nuclear weapons against non-nuclear threats.

The Russian nuclear weapons use policy is similar to the U.S. policy. It states that Russia “reserves the right to use nuclear weapons,” including when Moscow is acting “in response to the use of nuclear and other types of weapons of mass destruction against it and/or its allies, as well as in the event of aggression against the Russian Federation with the use of conventional weapons when the very existence of the state is in jeopardy.” (See ACT, July/August 2020.)

According to press reports, Biden’s NPR will cancel development of a new nuclear-armed, sea-launched cruise missile proposed by the Trump administration and a Cold War-era high-yield gravity bomb, the B-83. But it will green-light other nuclear weapons modernization and sustainment programs, including a new fleet of intercontinental ballistic missiles, a new strategic bomber, new air-launched cruise missiles, and the new Columbia-class strategic submarines.

Biden’s decision to revive the Obama-era approach on nuclear weapons use policy was very likely influenced by the views of allies at a time of heightened concern about Russian aggression. The allies want to maintain continuity and cohesion in response to President Vladimir Putin’s full-scale attack on Ukraine, which has been considered a U.S. “strategic partner” since 2008.

Biden’s decision not to adopt a sole-purpose nuclear declaratory policy not only runs counter to his previous public statements, but it also ignores the advice of many in his own party. In July 2021, for instance, Democratic lawmakers from the House and Senate met with National Security Adviser Jake Sullivan about the review, which had just been launched. Among other recommendations, they urged Biden to follow through on his pledge to adopt a sole-purpose policy. In their meeting, Sullivan told the lawmakers the president still supported that approach, according to sources who spoke with Arms Control Today.