“The Arms Control Association and all of the staff I've worked with over the years … have this ability to speak truth to power in a wide variety of venues.”
– Marylia Kelley
Tri-Valley Communities Against a Radioactive Environment
June 2, 2022
Arms Control Must Remain the Goal

Less than four years ago, experts would acknowledge the possibility that Ukraine could eventually become an arena for Russian-NATO confrontation and predict that “any significant reescalation of military hostilities in Ukraine, pushing NATO, Russia or both to intervene directly or indirectly, may quickly grow into a direct military engagement in the most sensitive areas along their shared border,” as suggested by the Organization for Security and Co-operation in Europe (OSCE) network of think tanks and academic institutions. Such a development would also bear the danger of potential nuclear escalation of the conflict.1 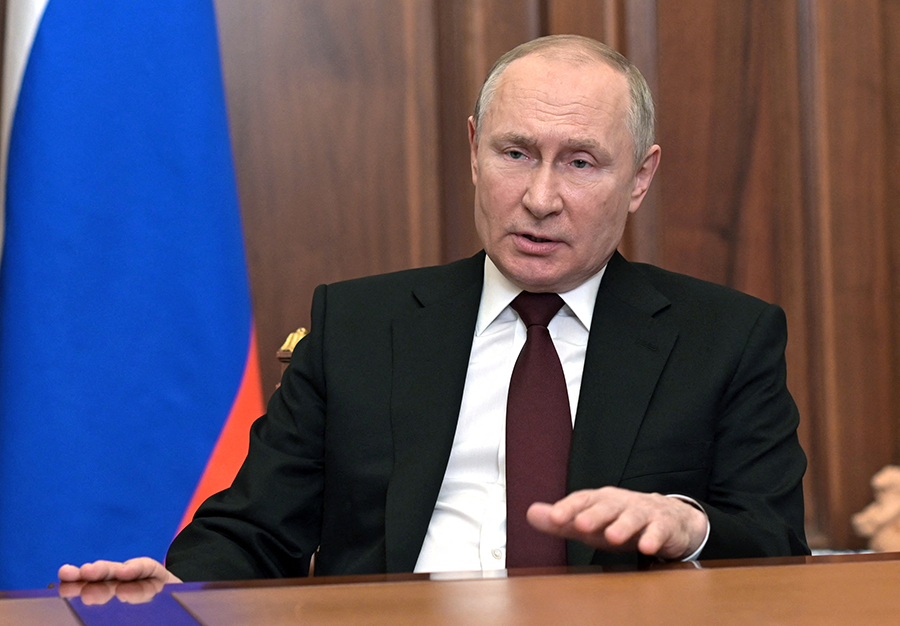 Although this scenario appeared remote at the time, Russia is weeks into its war in Ukraine; and the possibility of a nuclear escalation involving Russia, NATO, and the United States has reached levels not seen since the end of the Cold War. Since the beginning of the war in late February, Russia and the United States have played the nuclear deterrence card to communicate what they would see as redlines, the crossing of which could trigger World War III. As the hostilities evolved, however, these redlines seemed to blur, opening grey areas and thus increasing the ambiguity as to what developments could lead to inadvertent nuclear escalation. This highlights the need for a more robust mechanism, including relevant arms control measures, to appropriately address this inherent danger.

From the beginning of the conflict, the United States and NATO repeatedly conveyed the message that they would not send troops to defend Ukraine, although they were prepared to arm the government in Kyiv and raise the costs of the intervention for Russia. Still, while launching the military operation, Russian President Vladimir Putin explicitly warned the West not to think of intervening militarily, implicitly threatening that this could lead to a nuclear war. “I would now like to say something very important for those who may be tempted to interfere in these developments from the outside,” Putin said on February 24. “No matter who tries to stand in our way or, all the more so, create threats for our country and our people, they must know that Russia will respond immediately, and the consequences will be such as you have never seen in your entire history. No matter how the events unfold, we are ready. All the necessary decisions in this regard have been taken. I hope that my words will be heard.”2

At the same time, U.S. President Joe Biden also signaled that the United States would not shy away from entering a world war that, by default, would become nuclear should the Russian military operation be extended beyond the borders of Ukraine and spill over onto the territory of any NATO member states. “If they move once—granted, if we respond, it is World War III, but we have a sacred obligation on NATO territory,”3 Biden said on March 11. Yet, the devil is in the details. In the course of the hostilities, many questions have arisen and more may arise in the future as to whether a particular action could be seen by one or another side as an escalation that could lead to direct engagement.

Although the politically controversial option of establishing a no-fly zone in Ukraine was rejected by the United States and NATO because it might lead to direct engagement between Russian and NATO combat aircraft, the consequences of other options were less obvious. Could the continuous supply of weapons to Ukraine from NATO member states amid the hostilities be interpreted as direct interference by the Western alliance in the war? Although Moscow would not take it that far, the Kremlin has made it clear that “any cargo moving into Ukrainian territory, which we would believe is carrying weapons, would be fair game.”4 It seems that this proposition is tacitly accepted in the West. Yet, if the Ukrainian air force launches from airfields on the territory of neighboring NATO member states, such as Romania and Poland—an option considered for a while during the early weeks of the war—would that provoke Russian strikes against such facilities, thus extending the military operation beyond the borders of Ukraine, and would NATO consider it a casus belli?

Such questions suggest how developments on the ground and decisions made by top leaders could further blur the redlines established by nuclear deterrence postures on both sides and set in motion an inadvertent escalation of the war. So far, Russia and the United States have exercised restraint in order to avoid such unintended escalation. One example was the U.S. decision to postpone a scheduled Minuteman III intercontinental ballistic missile flight test.5 Nevertheless, uncertainties persist and grow as the war continues.

What lessons will be learned about the long-standing Russian and U.S. nuclear deterrence postures when the war in Ukraine is over? Will the war serve as a wake-up call similar to the Cuban missile crisis of 1962 and lead to cooperative measures to reduce the risk of a nuclear war, not least by means of arms control agreements that could keep the escalatory dynamic from spinning out of control? Will this conflict lead to a new conventional and nuclear arms race extended to new domains, such as cyberwarfare? The answers to these questions are not obvious, but the world is more dangerous now than it was 20 or even 10 years ago.

At the moment, there is no way to know how the war in Ukraine might end. It seems that, for the time being, Kyiv is ready to negotiate with Moscow and may be prepared to abandon the goal of NATO membership for Ukraine, pending approval by a constitutional majority of the Ukrainian parliament or by a referendum. The issue of Ukraine’s territorial integrity and the status of Crimea and the Donbas will poison relations between Moscow and Kyiv and Moscow and the West over the long term. So far, all options remain open, including Ukraine being pulled back into the Russian orbit; retaining room for maneuvering between Russia and the West as a nonaligned country like Finland, Yugoslavia, or Austria did during the Cold War; or even continuing to pursue its European option without aspiring for NATO membership.

Whatever the outcome, with Russia drawing its redlines on the ground unilaterally, the current dividing line in Europe will deepen. There will be no easy way to return to the discussion of a wider European security agenda, as anticipated in talks preceding the war, including on the concept of indivisible security, a concept that was at the heart of Russian proposals for years.6 An OSCE summit to address these issues, as proposed by French President Emmanuel Macron, is off the agenda for the time being. Nevertheless, the war has highlighted the enduring need to continue addressing relevant issues of strategic stability in order to minimize the risk of an unintentional stumble into the danger of nuclear escalation in a crisis.

As argued in 1958 by Alfred Wohlstetter, the existence of nuclear weapons does not automatically prevent a nuclear war but increases the danger of accidental wars particularly during a crisis, although this risk can be mitigated by arms control measures.7 This finding, which at the time seemed mostly intellectual, was reinforced by practical experience as Moscow and Washington engaged in crisis management when decisions had to be made under severe emotional stress, time pressure, and insufficient and contradictory information. The need for nuclear arms control was one of the most important lessons learned from this experience so that, in the end, it was not nuclear arms but nuclear arms control that has prevented a nuclear World War III.8

It is the evidence of the grey zone, in which the redlines of mutual nuclear deterrence tend to blur in the ongoing war in Ukraine, that suggests that nuclear arms control must be strengthened and not further dismembered despite the current collapse of Russian-Western relations.

Toward this end, several steps need to be addressed urgently. In the first instance, these must include the resumption of the Russian-U.S. strategic stability dialogue so that the two sides do not lose transparency into each other’s nuclear force structure and the predictability of their strategic postures with the expiration of the New Strategic Arms Reduction Treaty and its verification regime four years from now.

It is also in the security interests of both sides to agree on measures of restraint and cooperation with respect to dangerous military incidents and their deescalation so that eventual incidents do not ratchet up tensions even more. In this regard, reopening the lines of communication between the Russian and NATO defense establishments is essential.

Finally, at a later stage, NATO and Russia should open discussions once again on where and how their conventional forces should be configured in areas where the two sides come into close geographic contact. A formal agreement with appropriate transparency and verification should be the goal even if it takes a long time to get there.

Andrei Zagorski leads the Department for Disarmament and Conflict Resolution Studies at the Primakov National Research Institute of World Economy and International Relations, Russian Academy of Sciences and is a member on the trilateral Deep Cuts Commission.