The United States continues to account for an increasingly larger share of major conventional weapons exports at a time when European countries are acquiring more weaponry, according to the latest annual arms transfer survey by the Stockholm International Peace Research Institute (SIPRI). Tensions with Russia and China are driving growing weapons imports by countries in Europe and elsewhere, trends expected to continue and likely be exacerbated by Russia’s invasion of Ukraine. 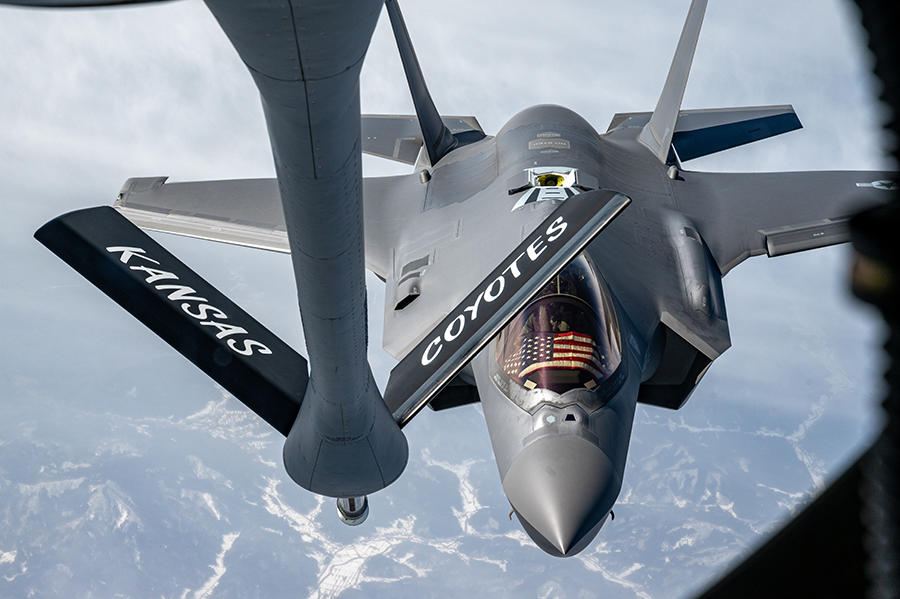 Europe posted the fastest increase in arms imports of all regions, acquiring 19 percent more major arms in 2017–2021 as compared to the earlier five-year period. The United States provided more than half of the transfers into the region, with orders for the U.S. F-35 combat aircraft at the heart of current and future expected increases, the report said. SIPRI wrote that the regional increase “was at least partly driven by deterioration in relations between most European states and Russia.”

That relationship has declined further since the end of 2021, with widespread European condemnation of Russian aggression in Ukraine, decisions by more than a dozen European countries to send arms to Kyiv in February and March, and Russia’s removal from the Council of Europe in March. Germany’s decisions to stop opposing its own provision of lethal aid to Ukraine and to begin investing far more heavily in its own military, as announced in February by German Chancellor Olaf Scholz, are other indicators of a now-expected military buildup within Europe.

Shifts in India’s arms imports also are under scrutiny. The world’s largest arms importer received less than half its weapons from Russia in the most recent five years, down from nearly 70 percent in 2012–2016. France now provides 27 percent and the United States 12 percent of India’s major weapons imports, according to SIPRI.

But India does not appear ready to distance itself more fully from Russia. In March, India abstained on a critical UN General Assembly vote condemning Russia for the war in Ukraine, despite pushes from its so-called Quad partners, Australia, Japan, and the United States. A still-pending decision by the Biden administration on whether to apply sanctions under the Countering America's Adversaries Through Sanctions Act against India for procuring Russian S-400 air defense systems may indicate how much the administration wishes to try to force a wedge between New Delhi and Moscow. (See ACT, April 2021.)

Although the report found that the global value of arms transfers was down nearly 5 percent over the past five years, it noted that, within Asia and Oceania “a growing perception of China as a threat is the main driver of arms imports,” with weapons from the United States contributing to certain national and subregional increases. Australia’s imports rose by 62 percent, driven by U.S. combat- and anti-submarine aircraft. F-35 fighter jets and air defense systems underpinned South Korean and Japanese import increases of 71 percent and 152 percent, respectively. Taiwan is expected to significantly increase its imports following recent orders of U.S. arms offered by the Trump and Biden administrations.

In the Middle East, the United States accounted for more than half the exports to the region and for 82 percent of major weapons imports by Saudi Arabia, the world second-largest arms importer and one whose imports rose by 27 percent over the past five years. The administration has said that it would stop transferring “offensive” weapons that the Saudis could use in the war in Yemen, but it has notified Congress of more than $1 billion in weapons and services it wishes to sell to Riyadh, with $650 million in air-to-air missiles surviving a Senate vote that sought to block them. (See ACT, January/February 2022.)

As with Saudi Arabia, the administration has been critical and supportive of arms transfers to Egypt. After withholding $130 million in support in 2021, it notified Congress in January of potential transfers to Egypt under the Foreign Military Sales program of 12 C-130J Super Hercules aircraft totaling $2.2 billion and three air defense radars totaling $355 million. In March, a Senate resolution of disapproval to block the sale led by Rand Paul (R-Ky.) received fewer than 20 votes. (See ACT, November 2021.) At a Senate hearing later in the month, Gen. Frank McKenzie, head of U.S. Central Command, said Washington would provide F-15 fighter jets to Cairo. Congress has yet to be officially notified of the sale.

According to SIPRI, the United States accounted for less than 7 percent of Egypt’s weapons imports over the past five years, with Russia providing 41 percent, followed by France, Italy, and Germany, each providing between 11 and 21 percent.

The United States accounted for 92 percent of Israel’s major arms imports over the past five years even as the relationship has faced greater scrutiny in Congress. In the omnibus appropriations legislation that became law on March 15, Congress provided $1 billion for Iron Dome supplies to Israel that had been held up by Paul over a disagreement concerning the source of such funding. (See ACT, November 2021.)