The United States is adding Colombia and Qatar to a list of 19 countries designated as major non-NATO allies, enabling privileges that can facilitate military training and weapons transfers. President Joe Biden announced his intention to designate Qatar during a Jan. 31 meeting at the White House with its emir, Sheik Tamim bin Hamad Al Thani, saying, “I think it’s long overdue.” 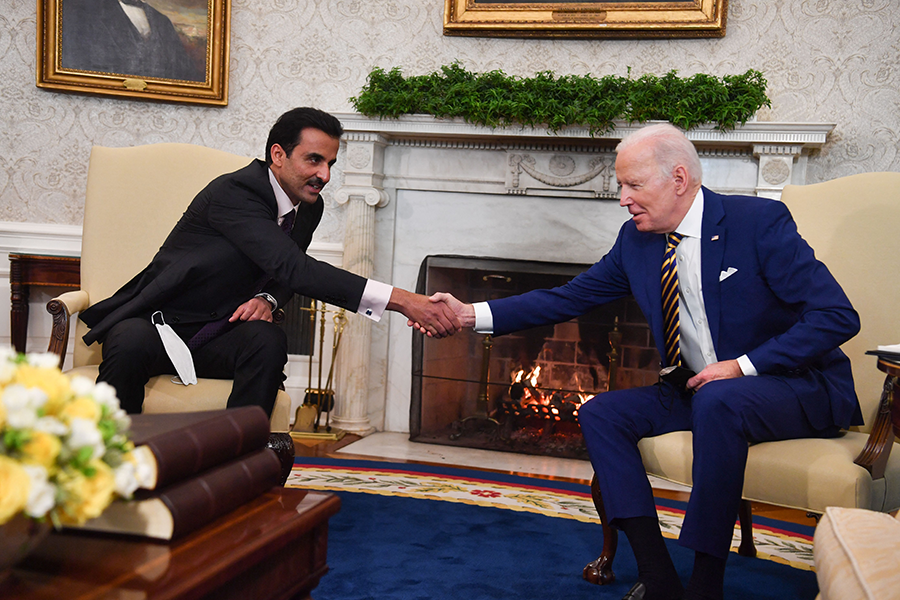 Qatar is home to the al-Udeid air base, where the U.S. Central Command is headquartered. Qatar has contributed more than $8 billion to develop the base since 2003 and is the second-largest buyer of U.S. weapons, including the F-15 fighter jet, under the U.S. Foreign Military Sales program, with $26 billion in active cases, according to the U.S. State Department. The designation became official on March 10, making Qatar the third such ally in the Persian Gulf region, along with Bahrain and Kuwait.

That same day, Biden announced his intention to designate Colombia during a meeting with that country’s president, Iván Duque. Biden said Colombia “is the keystone to our shared efforts to build a hemisphere that is prosperous, secure, and democratic.” When the designation is finalized, Colombia would join Argentina and Brazil as the only Latin American countries with major non-NATO ally status. Such designations can become official 30 days after the president notifies Congress of his decision.
—HADEEL ABU KTAISH