– Frank von Hippel
Co-Director of Program on Science and Global Security, Princeton University
June 1, 2018
An Optimist Admits That It Is Difficult to See a Path Forward

Optimism is a virtue when working in the nuclear policy field. Given the stakes of the subject matter, it helps to be hopeful, to believe something can and should be done, even when the prospects of success are slim. In this sense, I have always tried to be positive, looking for ways to improve a bad political situation—after the Indian and Pakistani nuclear tests in 1998, the march to war in Iraq in 2003, the collapse of EU nuclear diplomacy with Iran in 2005, the first North Korean nuclear test in 2006, and the election of U.S. President Donald Trump in 2016.

Today, however, the world is watching what may be the defining security crisis of a generation unfold, one that risks catastrophic nuclear escalation. Yet, it is extremely difficult to see a path forward for arms control and cooperative security measures between the United States and Russia, the United States and China, India and China, India and Pakistan, or anyone else. 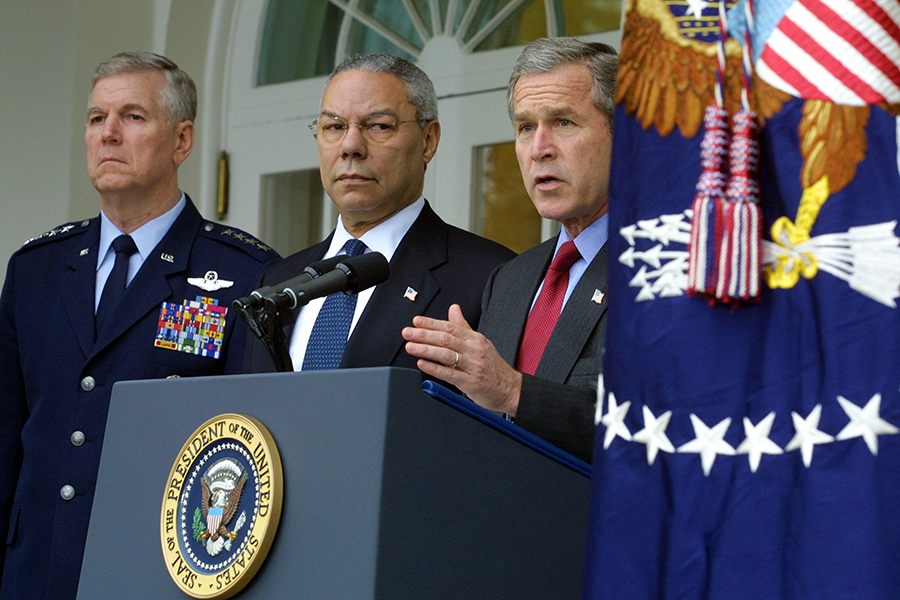 There is no shortage of ideas to improve this dismal environment. Nuclear policy experts can all recite concrete proposals for confidence-building and risk-reduction measures, crisis management hotlines, and verification experiments, all of which could reduce insecurity among conflicting states. One underexplored area of potential cooperation is the establishment of standards for activities in and toward objects in outer space, especially low earth orbits, to prevent the creation of more debris and ensure that orbital and spectrum capacity are distributed and preserved for the benefit of all humanity.

None of these objectives will be realized as long as the United States, Russia, China and, regarding some issues, India and Pakistan, are internally dysfunctional (omitting North Korea because I do not know its internal dynamics). This dysfunction, whatever the causes, has reduced the capacity of diplomats and other knowledgeable officials to effectively manage or reduce competition and conflict. Everything is hostage to political leaders who often lack the expertise, interest, and temperament required to break impasses and make wise compromises. Indeed, in the five countries referenced here, compromise has become either unthinkable or, in the case of the United States, politically suicidal, especially for Democratic presidents. That is a fact, not a partisan comment.

It has long been difficult to muster the two-thirds majority needed in the Senate to ratify treaties. The U.S. Constitution’s allocation of two Senate seats per state regardless of population has allowed relatively unpopulated, internationally isolated states to block the ratification of treaties that a large majority of the population would support. It took 40 years to ratify the Convention on the Prevention and Punishment of the Crime of Genocide. The 1994 UN Convention on the Law of the Sea remains unratified, as does the 1996 Comprehensive Test Ban Treaty, although the United States abides by both. The New Strategic Arms Reduction Treaty was ratified in 2010 only because President Barack Obama promised in return a massive infusion of funds to modernize the U.S. nuclear arsenal.

In the current U.S. context, it is easier and more profitable politically to pursue short-term, even xenophobic, obstructionism than invest in long-term policy goals. Today, almost all Republican senators would reject any treaty to which Russia, China, North Korea, or Iran would agree, even if many of those senators could not pass a basic quiz on the treaty’s contents.1 Beyond treaties, Republican opposition led by Senators Ted Cruz (Texas), Josh Hawley (Mo.), and others is blocking the confirmation of unprecedented numbers of presidential nominees for important national security positions, undermining the government’s ability to do its job.2

Rather than ratify new arms control treaties, Republican administrations have become more inclined to withdraw from old ones. Unsurprisingly, these short-sighted decisions have significant consequences that leave the United States less secure than if they had remained committed to the original agreement. Abrogating the Anti-Ballistic Missile Treaty (President George W. Bush in 2001) stimulated Russia to design alarming new delivery systems that could be immune to U.S. defenses, which are little more effective than would have been the case under the treaty.3 The withdrawal from the Joint Comprehensive Plan of Action (Trump in 2018) has enabled Iran to increase its nuclear know-how and production of fissile material, while delivering no benefits for the United States and its regional partners. This predilection to withdraw from treaties reinforces the view in Moscow, Beijing, and elsewhere that there is no point negotiating with the United States, and it erodes Washington’s diplomatic capital to engage on other crucial U.S. interests abroad.

The old saying about politics stopping at the water’s edge means that, in engaging other countries, especially competitors and adversaries, U.S. politicians would display unity. That notion and practice have become increasingly laughable since the 1994 “Gingrich Revolution.”

The Cold War was infamous and internally destructive for the red-baiting and politically forced narrowness of policy debates. There are lots of negative examples, particularly Vietnam policy in the Johnson administration, but perhaps most telling was the Cuban missile crisis, when President John F. Kennedy kept secret his accommodating decision to withdraw U.S. missiles from Turkey. Soviet leader Nikita Khrushchev needed a quid pro quo to agree to withdraw the nuclear-armed missiles from Cuba, and Kennedy gave it to him, even though the Soviets initiated the crisis. Would such a move be kept secret today? If not, would a similar existential crisis be resolvable? Political discourse toward China is starting to chill thinking and debate in recognizable ways, making it difficult politically to advocate win-win approaches to problems with China, in which both sides would need to compromise.

Problems With Russia and China

Russia and China are dysfunctional in their own ways. Autocracy per se is not the problem; autocrats may find it easier to compromise and control news of it than leaders who compete for election. Autocrats such as Russian President Vladimir Putin and Chinese President Xi Jinping, however, tend to become gods in their own minds, and gods generally do not bend.

Beyond Putin’s murderousness, the incompetence displayed in his aggression against Ukraine is staggering. Moreover, the violent nature of Russian domestic politics and Putin’s repressive hold on his country mean there are no effective checks on his power and no reliable airing of alternative perspectives on important policy issues. Even if Russia defeats Ukraine, however that is defined, disaster for the peoples of both countries is already assured.

Xi has created a similar bubble. His centralization of policymaking and power means that many smart, knowledgeable, industrious, and otherwise productive Chinese officials, businesspeople, and foreign policy experts are becoming more guarded and risk averse. Why risk the trouble that could result from crossing lines that are not clearly drawn or could change tomorrow? This dysfunction appears to extend to nuclear policy and strategic diplomacy. The authority to engage on these issues lies solely with Xi, and because he does not know much about them, there is no indication he has directed his underlings to pursue dialogue with the United States and others.

Even when the United States was marginally more functional, for instance, in the Obama administration, efforts to engage China in strategic dialogue and confidence-building measures were self-centered and inept. Intentions may have been good, and the people conducting the outreach may have been expert; but, as Brad Roberts, a former senior U.S. defense official, said on a recent panel, U.S. officials spent a lot of time articulating why it was in the country’s interest to engage China in strategic stability dialogue or Russia in arms control. They spent much less effort devising proposals that would persuade China that such a dialogue is in its interest. Self-interest is natural, but the current U.S. strain stems from fears of political attack. Administrations too often worry they will lose power, and officials worry they will jeopardize their careers if policy initiatives are not perceived as clear wins for the United States and, implicitly if not explicitly, a loss for the other side.

Roberts told a story about his efforts to persuade Russian officials to adopt security and confidence-building measures that could alleviate Russian concerns about U.S. missile defenses in Europe and U.S. concerns about theater-based Russian nuclear weapons. Russia eventually rejected the U.S. proposals and then, more surprisingly, withdrew its own proposals. A few years later, at a Track 1.5 dialogue meeting, Roberts met one of those officials, now retired, and asked him to explain Russia’s rejection of even its own confidence- and security-building measures. The Russian responded, “It’s simple. You Americans already have too much of both.”4 No government wants to cede relative advantage to others, but when it is domestically impossible to make mutual accommodations, the result will be arms racing, instability, and conflict of varying types.

It is often said arms control with Russia is worthless because the Russians cheat. That judgment will be repeated even more vigorously in the future. The point has merit on the surface, but there is a need to dig a little deeper. The Intermediate-Range Nuclear Forces (INF) Treaty, from which Trump withdrew in 2019, is the most recent example of this challenge. The treaty substantially favored the United States; Richard Perle, a Defense Department hawk, proposed it assuming Moscow would reject it. At that time, however, Soviet leader Mikhail Gorbachev and his advisers were thinking of a transformed relationship with the West, as were Russian President Boris Yeltsin and his first foreign minister, Andrei Kozyrev. So, they agreed to the treaty and implemented it. Early in Putin’s presidency, however, Russian officials started complaining that the treaty put Russia at a disadvantage in balancing U.S. offensive and defensive systems and in balancing China. They wanted adjustments. This did not happen. Eventually, Russia cheated.

I had a conversation along these lines two years ago during a small group meeting with a long-standing senior Republican nuclear policymaker. The lesson of the story, I suggested, was that "treaties must be fair if you want them to last." He smiled and said, "George is absolutely right. [The INF Treaty] was unfair. That's why it was such a good treaty. Arms control should be cost-imposing on our adversaries."

So long as that is the dominant perspective in the United States or any other nuclear-armed state, there is little future for durable arms control agreements, let alone treaties. If powerful countries are not willing to negotiate arrangements that satisfy each other’s interests in some balanced way, either agreements will not be made, or they will be made and then cheated on. In other words, a willingness to compromise is crucial, but that willingness is politically unsupported by today’s Republican Party and arguably by the governments in Russia and China.

4.  Brad Roberts, Informal remarks at “Nuclear Deterrence and Strategic Stability: What Have We Learned?” University of Virginia, March 16–18, 2022.

George Perkovich is the Ken Olivier and Angela Nomellini Chair and vice president for studies at the Carnegie Endowment for International Peace.