The U.S. Missile Defense Agency (MDA) has awarded contracts of approximately $20 million each to Raytheon Co., Lockheed Martin Corp., and Northrop Grumman Corp. to develop prototypes of a hypersonic missile intended to intercept and destroy an adversary’s hypersonic projectile in the unpowered glide phase of its trajectory. 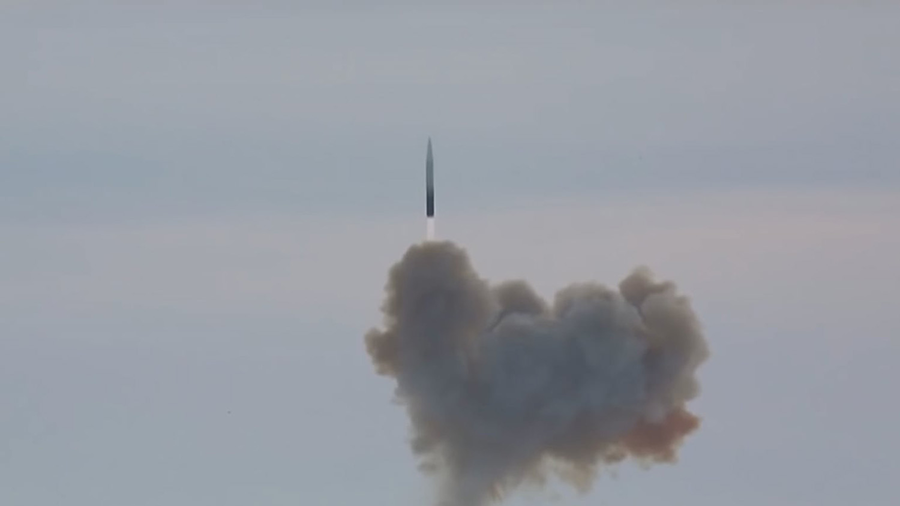 By awarding contracts to the three companies simultaneously, the Pentagon hopes to hasten development of the weapons and ensure early deployment. “Multiple awards allow us to execute a risk reduction phase to explore industry concepts and maximize the benefits of a competitive environment to demonstrate the most effective and reliable Glide Phase Interceptor (GPI) for regional hypersonic defense, as soon as possible,” explained Rear Adm. Tom Druggan, program executive for sea-based weapons systems at the MDA. The award was announced on Nov. 19.

Such a weapon is needed, advocates claim, because existing missile defense systems, which are intended to intercept ballistic missiles in outer space, are ineffective against hypersonic glide vehicles, which skim atop the Earth’s outer atmosphere and maneuver in flight. The GPI missile “will be the first-ever interceptor with the speed, ability to withstand heat, and maneuverability required to intercept hypersonic threats in this environment,” said Tay Fitzgerald, vice president of strategic missile defense at Raytheon Missiles and Defense.

Initially, the proposed GPI missile will be fired from vertical launch cannisters installed on Aegis-class destroyers. If this proves successful, “we can move it to the land-based battery,” said the MDA’s Vice Adm. Jon Hill, presumably referring to the Aegis Ashore anti-missile system, such as those now installed in Romania and, beginning in 2022, in Poland.

The roughly $80 million to be spent on these preliminary efforts are only part of a much larger Pentagon hypersonic defense initiative, which was funded at a level of $310 million in the fiscal year 2022 National Defense Authorization Act (NDAA). That is $62 million more than the Biden administration requested and a 14 percent increase from the $273 million authorized in 2021. The 2022 NDAA also includes $3.8 billion for the development of offensive hypersonic weapons.

The Defense Department has been granted additional funding for the development of a new constellation of satellites that it says is needed to track adversaries’ hypersonic missiles in flight and guide the proposed GPI missile to its target. This satellite system, called the Hypersonic and Ballistic Tracking Space Sensor, was allocated $256 million in the 2022 NDAA, almost twice the amount approved in 2021.

In recent years, some U.S. defense officials, members of Congress, and think tank analysts have argued with growing urgency that anti-hypersonic systems are needed to defend the United States against potential adversaries who are proceeding with the development and deployment of assorted offensive hypersonic projectiles. Two examples are the Russian Avangard, now deployed on some SS-19 intercontinental ballistic missiles, and the Chinese DF-ZF, mounted on the DF-17 medium-range ballistic missile.

These weapons, like the U.S. Army’s Long-Range Hypersonic Weapon and the Navy’s Conventional Prompt Strike system, are called boost glide systems because they employ a booster rocket to carry the glide vehicle into space. After reaching an altitude of about 100 miles, the glide vehicle separates from the booster and, driven by accumulated velocity alone, glides along the outer atmosphere for hundreds or thousands of miles en route to its intended target.

Because of their low-Earth trajectory, hypersonic glide vehicles are more difficult to detect by tracking satellites than ballistic missiles and to intercept with existing missile defense systems. This has generated a perceived U.S. requirement for new missiles and tracking systems to detect and destroy adversary glide vehicles. The House Armed Services Committee, in its markup of the 2022 NDAA, expressed concern over “the inability of current radar systems to detect, track, engage and defeat emerging threats from hypersonic weapons.”

With the United States preparing to field its own array of offensive hypersonic missiles, one approach to this concern could be the exploration of bilateral or multilateral arms control agreements limiting the numbers and types of deployed hypersonic weapons. Instead, Washington so far has chosen to invest in the development of what are certain to be costly defensive weapons, which could prompt China and Russia to develop their own defensive systems and more capable offensive missiles.

There are signs that such an action-reaction spiral has commenced. Worried about the impending deployment of U.S. hypersonic missiles in Europe and beyond, Russia has begun to configure its S-500 missile defense system to intercept hypersonic missiles and has developed a new system, the S-550, with hypersonic defense in mind. “S-500 and S-550 systems will become a platform for the new air defense system, by protecting strategically important facilities from hypersonic targets,” an unnamed source close to the Russian Defense Ministry told the Russian news agency TASS in November.