“What's really strikes me about ACA is the potential to shape the next generation of leaders on arms control and nuclear policy. This is something I witnessed firsthand as someone who was introduced to the field through ACA.”
– Alicia Sanders-Zakre
ICAN
June 2, 2022
Conference Makes No Progress on Robotic Weapons

A UN meeting has failed to adopt binding controls on lethal autonomous weapons systems despite ardent calls from many governments, arms control experts, and civil society groups for restrictions on these so-called killer robots. 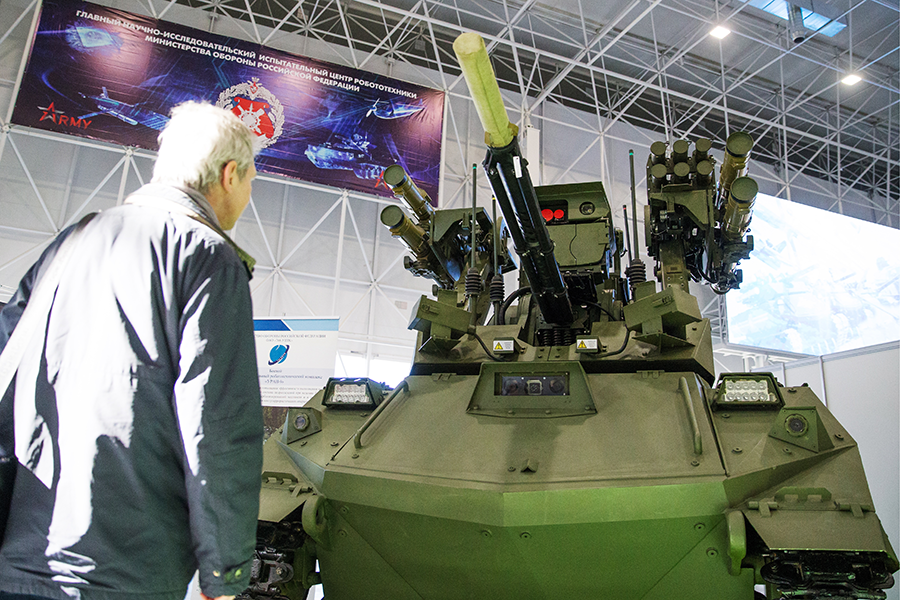 Although negotiators have been discussing limits on these weapons, which are computer controlled, for eight years, the sixth review conference of the Convention on Certain Conventional Weapons (CCW) ended in Geneva on Dec. 17 without a conclusive agreement.

“The outcome of the Review Conference falls drastically short, and does not reflect the will of the vast majority of states, civil society, or international public opinion,” Isabelle Jones of The Stop Killer Robots advocacy group said in a statement.

Advocates of a protocol banning autonomous combat systems argue that such weapons, including ships, planes, tanks, and other weapons governed by artificial intelligence rather than direct human oversight, violate international humanitarian law by making it difficult to protect civilians trapped in combat zones. They question the ability of weapons that operate without human control to distinguish between armed combatants and unarmed civilians in such situations.

Prior to the review conference, a group of governmental experts met several times in 2021 to consider the rationale for and content of a legal ban on autonomous combat systems. If adopted, such a ban would be formulated as an additional protocol to the CCW, akin to the existing protocols on incendiary weapons and blinding laser weapons. The experts group reportedly made significant progress toward delineating such a measure, but was blocked from submitting a report on its proceedings by Russia and other opponents.

Because the experts group and CCW deliberations operate by consensus, a handful of states, notably Russia and the United States, have been able to impede progress toward any binding restrictions on autonomous weapons systems. Both countries have ambitious goals for integrating lethal autonomous weapons systems into their combat arsenals and are reluctant to accept meaningful curbs on their use. (See ACT, March 2019.) As a result, the review conference could agree only to continue deliberations by the experts group on such limitations for just 10 days during 2022.

As stated in the final conference report, “[T]he group is to consider proposals and elaborate, by consensus, possible measures, including taking into account the example of existing protocols within the convention, and other options related to the normative and operational framework on emerging technologies in the area of lethal autonomous weapon systems.” Experts say that is no mandate for substantive work on a binding legal measure.

Many of those who attended the review conference or observed its proceedings expressed deep disappointment with this outcome. “It’s clear that a minority of states including the U.S. and Russia, already investing heavily in the development of autonomous weapons, are committed to using the consensus rule in the CCW to hold the majority of states hostage and block progress towards the international legal response that is urgently needed,” Jones said.

Although most states at the conference said they would participate in the 2022 experts group sessions in the hope of making further progress, some have indicated a willingness to consider an alternative path toward a binding instrument on lethal autonomous weapons systems outside the CCW framework.

Brazil, Chile, and Mexico made this explicit in a joint statement at the meeting’s conclusion, and several other states are also said to favor such an approach. This could involve efforts to secure a binding international treaty under the auspices of the UN General Assembly, where majority rule, not consensus, would prevail. That was the path adopted by opponents of nuclear weapons in securing passage of the Treaty on the Prohibition of Nuclear Weapons.