The projected cost of the U.S. Air Force’s program to build a new fleet of nuclear air-launched cruise missiles (ALCMs) has risen to between $14.2 billion and $16.2 billion as the service begins the main development phase for the weapons. 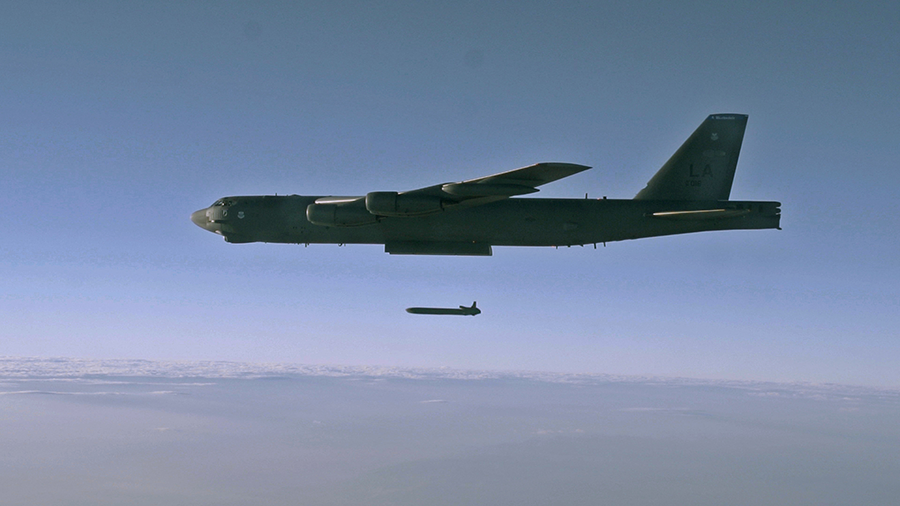 The updated cost projection is an increase of 30–50 percent from the Air Force’s earlier estimate of $10.8 billion for the program, known as the long-range standoff (LRSO) weapon, in 2016. (See ACT, September 2016.) Both the new and previous estimates include the impact of inflation.

Bloomberg was the first to report on the updated cost estimate for the LRSO system. The cause of the projected increase is unclear.

The latest projection does not include the upgraded warhead for the missile, dubbed the W80-4, which is expected to cost an additional $11 billion.

The new missile estimates were prepared by the Air Force and the Pentagon’s independent cost-estimating office ahead of the program’s Milestone B decision, a landmark for major Pentagon acquisition programs because it is considered the program’s official start.

Following the Milestone B decision, the Air Force in July awarded a $2 billion development contract to the Raytheon Co. for the program.

In a press release announcing the LRSO award, the Air Force wrote, “Raytheon provided the best overall value to the warfighter and taxpayers based on the selection process’ evaluation factors.”

The award of the contract to Raytheon did not come as a surprise.

The service had already decided in April 2020 to continue developing the missile with Raytheon as the sole contractor, citing the company’s superior design. (See ACT, May 2020.)

In August 2017, the Air Force awarded Raytheon and Lockheed Martin Corp. each a $900 million contract to proceed with development of the LRSO system. (See ACT, October 2017.) The contracts were intended to cover a 54-month period of development after which the Air Force would choose one of the contractors to complete development and begin production.

The Air Force later in 2020 decided to accelerate the Milestone B decision for the program to the spring of 2021, about nine months earlier than planned.

The Biden administration supported the acceleration of the program in its first budget request. The Pentagon is asking for $609 million for the LRSO program in fiscal year 2022, an increase of $250 million more than the Trump administration was planning to seek. (See ACT, July/August 2021.)

It is not clear whether the unplanned increase reflects the growth in the projected acquisition cost for the program, the acceleration of certain program activities, or both.

Current Air Force plans call for the procurement of about 1,000 new nuclear-capable missiles to replace the current fleet of AGM-86B missiles that have been operational since 1986. The service says a new ALCM is needed because the existing missiles are becoming increasingly difficult to maintain and are losing their ability to penetrate sophisticated air defenses. The new missile will be compatible with the B-52H and planned B-21 bombers.

The new missile will be dubbed the AGM-181 when it becomes operational.