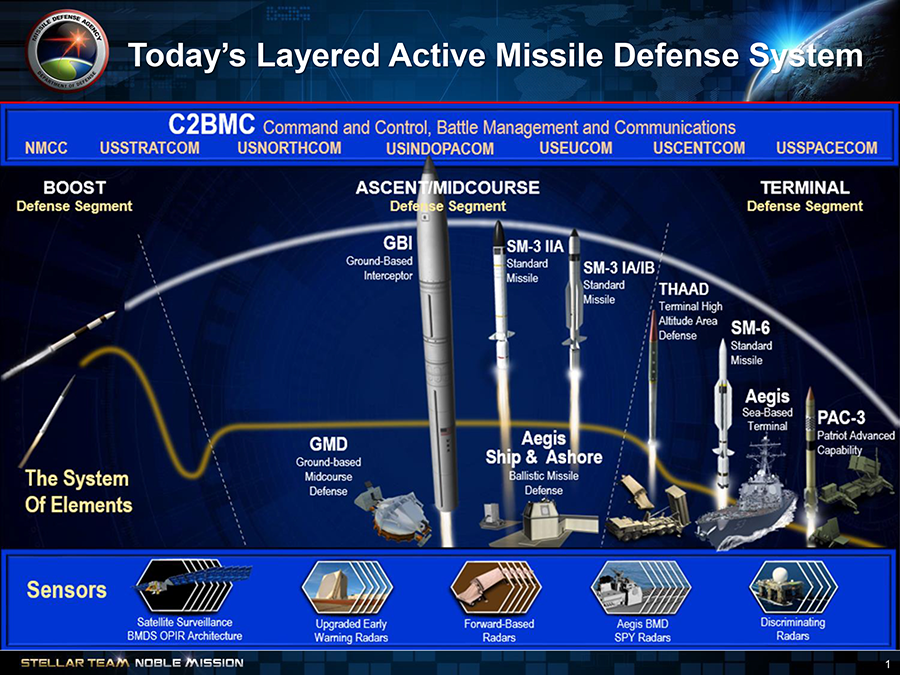 The MDA request of $8.9 billion would be a decrease of 18 percent from the fiscal year 2021 level of $10.5 billion appropriated by Congress, but is similar to the roughly $9 billion the Trump administration was planning to request. (See ACT, January/February 2021.)

Of that amount, $99 million would be for the Aegis system to “support a phased delivery of operational capability” to supplement the Ground-Based Midcourse Defense (GMD) system based in Alaska and California. The request also contains $65 million to “demonstrate THAAD capabilities for regional and homeland applications.”

The additional funds for layered homeland defense would support modeling and simulation and coordination of command-and-control activities.

The MDA requested $274 million for layered homeland missile defense in 2021. But Congress poured cold water on the proposal and provided $49 million only for limited concept studies, a decrease of $225 million from the budget request. (See ACT, January/February 2021.)

The skepticism from Congress came on the heels of a successful first intercept test of the Aegis Standard Missile-3 (SM-3) Block IIA missile against an ICBM target on Nov. 17. (See ACT, December 2020.)

But a report published in April by the Government Accountability Office said the test “was not an operational test…and it was executed under highly favorable conditions.” The report raised other concerns about the feasibility of the layered homeland missile defense approach.

Vice Adm. Jon Hill, the director of the MDA, suggested to reporters on May 28 that the layered homeland defense approach may no longer be as high of a priority for the agency.

“[T]here are some very serious policy implications” regarding the approach, he said, “and so we want to make sure that we get the policy angles right.”

“We want to make sure that it's still a need” for the U.S. Northern Command, Hill said, given planned upgrades funded in the budget to improve the capacity of the existing GMD system, which has been plagued by development problems, testing failures, and reliability issues.

The GMD system would receive $745 million in research and development funding in the budget request.

The request also includes $926 million for development of the new Next Generation Interceptor (NGI). An independent Defense Department cost estimate published in April put the estimated cost of the interceptor at $18 billion over its lifetime. (See ACT, June 2021.)

The department plans to supplement the existing 44 ground-based interceptors with 20 of the new interceptors beginning not later than 2028 to bring the fleet total to 64. The budget request would continue to fund a service life extension program for the existing interceptors to keep them viable until the NGI is fielded.

The MDA is seeking $248 million to develop the capability to defend against new hypersonic missile threats.

The Biden administration is planning a review of U.S. missile defense policy and programs. Leonor Tomero, the deputy assistant secretary of defense for nuclear and missile defense policy, told the Senate Armed Services Committee on June 9 that the Pentagon would start the review “in the next few weeks.”

Asked whether it would be a “standalone” review or integrated with a larger review of deterrence issues, Tomero said, “[T]hat decision has not been made yet.”