North Korea is dismissing offers by the United States to begin diplomatic contacts, signaling a diminished potential for talks on the North’s nuclear weapons program and other major issues for the foreseeable future. 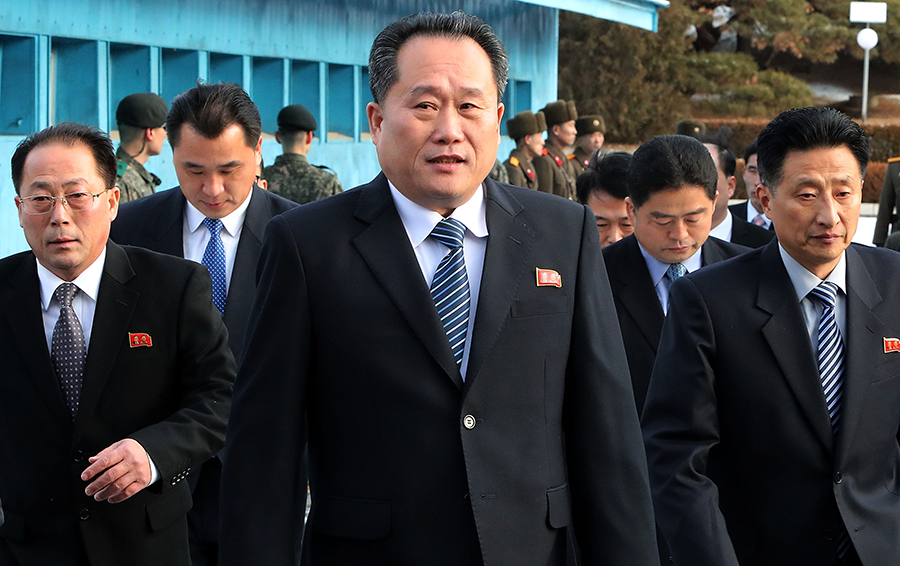 The latest rebuke came from Foreign Minister Ri Son Gwon, who said on June 23 that North Korea is “not thinking about any meaningless contact with the U.S. or its possibility, where we would lose precious time,” according to a translation by the website 38 North.

The minister’s comments, reported by the state news agency, came after Sung Kim, the U.S. special representative for North Korea, announced on June 21 that he was ready to meet North Korean officials “anytime, anywhere without preconditions.”

One day earlier, U.S. National Security Adviser Jake Sullivan, appearing on ABC News, characterized remarks by North Korean leader Kim Jong Un at a recent party meeting as an “interesting signal.” Kim had said he was preparing for “dialogue and confrontation” in his dealings with the new Biden administration.

Kim Yo Jong, the North Korean leader’s sister, on June 22 warned Washington against interpreting signals from Pyongyang “the wrong way” because that “would plunge [the United States] into a greater disappointment.”

Pyongyang has also resisted efforts at engagement by Seoul, which reportedly has called North Korea every day for the past year without a response.

Meanwhile, North Korea began operating the steam plant at its Yongbyon Radiochemical Laboratory in February, marking a plausible length of time for a reprocessing campaign to produce weapons-grade plutonium from spent fuel for nuclear weapons, according to the International Atomic Energy Agency (IAEA).

Although reprocessing cannot be confirmed, the North’s “nuclear activities remain a cause for serious concern. The continuation of [its] nuclear programme is a clear violation of relevant UN Security Council resolutions and is deeply regrettable,” IAEA Director-General Rafael Grossi told the agency’s Board of Governors on June 7.

A reprocessing campaign would increase Pyongyang’s stockpile of nuclear weapons-useable material. It is estimated that North Korea already has enough fissile material for 40 to 50 nuclear warheads, according to a 2021 report by the Stockholm International Peace Research Institute.

North Korea has also continued to operate some of its other nuclear facilities, including Yongbyon’s experimental light-water reactor and a suspected second enrichment site at Kangson, Grossi reported. The IAEA observed no ongoing operations at Yongbyon’s five-megawatt electrical reactor, which is capable of producing seven kilograms of plutonium annually, or at the complex’s centrifuge enrichment facility, which produces enriched uranium, he added.

The United States has failed over many decades to halt the North’s nuclear weapons program. President Joe Biden recently pledged to undertake a new diplomatic policy, and U.S. Deputy Secretary of State Wendy Sherman said on June 3 that the appointment of veteran diplomat Sung Kim as the special representative for North Korea signals “readiness for dialogue.”

Defense Secretary Lloyd Austin told the Senate Armed Services Committee on June 10 that Washington “will remain focused” on the increasing threat from North Korea’s nuclear and ballistic missile programs and will work to mitigate its destabilizing and provocative behavior, leading with diplomacy.

The Group of Seven industrialized countries struck a stronger tone in its June 13 summit communiqué, calling for “the complete denuclearization of the Korean Peninsula and the verifiable and irreversible abandonment of [North Korea’s] unlawful weapons of mass destruction and ballistic missile programmes.”

The Chinese Foreign Ministry has also been engaging with regional states affected by North Korea’s behavior. Its special representative on Korean peninsula affairs, Liu Xiaoming, had a phone call with Russian Deputy Foreign Minister Igor Morgulov on June 7 to discuss views on the Korean peninsula and affirmed China’s desire to “play constructive roles.”

Yang Jiechi, a member of China’s Politburo and director of the Office of Foreign Affairs, spoke by phone with U.S. Secretary of State Antony Blinken on June 11 and committed to work together for the denuclearization of the Korean peninsula.