The Biden administration’s fiscal year 2022 budget request would accelerate plans that began under the Trump administration to develop and field conventional hypersonic weapons to compete with Russia and China. 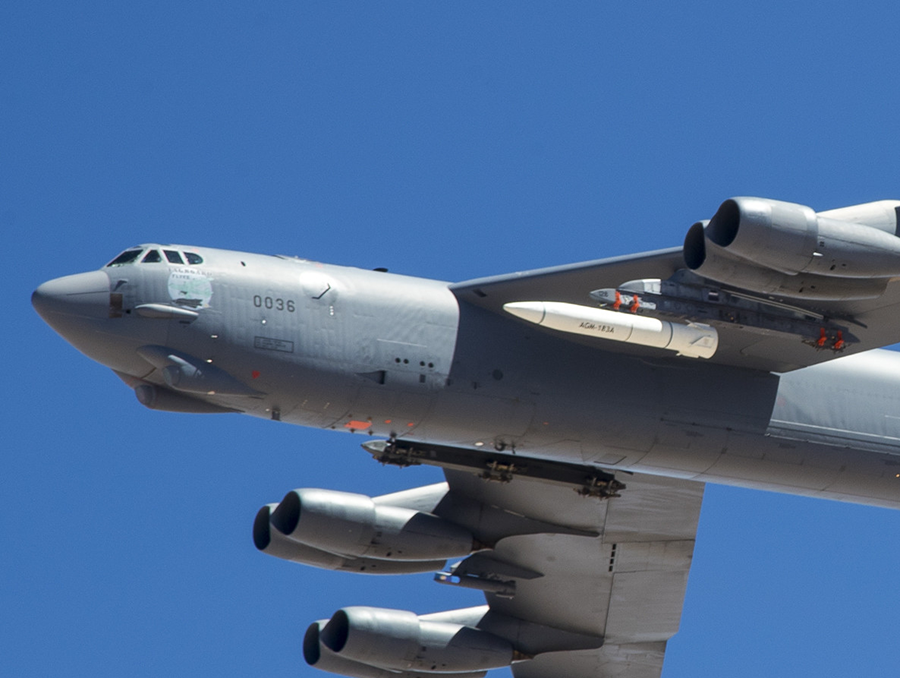 The Pentagon requested $3.8 billion for projects related to research and development of hypersonic weapons in the budget submission published on May 28, including two new hypersonic cruise missile programs for the Air Force and Navy.

The request also includes funding for initial procurement of the Air Force’s Advanced Rapid Response Weapon (ARRW) system, the continued development of the Navy’s Conventional Prompt Strike (CPS) program, the addition of the CPS to Zumwalt-class destroyers, and the procurement of additional batteries of the Army’s Long-Range Hypersonic Weapon (LRHW) system.

“This budget supports our efforts to…accelerate investments in cutting-edge capabilities that will define the future fight, such as hypersonics and long-range fires,” Defense Secretary Lloyd Austin told the Senate Armed Services Committee on June 10.

Michael White, principal director for hypersonic weapons in the office of the undersecretary of defense for research and engineering, said on June 2 that “we’ve really been very fortunate in having a new administration continue the momentum and step up and champion what we’re trying to do with delivering this war-fighting capability.” He emphasized the importance of this acceleration given that “our adversaries,” namely Russia and China, “have fielded capability today that we don’t have.”

The Air Force requested $238 million for continued R&D on the ARRW system, an air-launched hypersonic glide vehicle, a $40 million increase over the Trump administration’s projected request in last year’s budget documents. The request is nearly $150 million less than Congress’ fiscal year 2021 appropriation for R&D, the Air Force stated in its budget documents, “due to near program completion and transition to early operational capability” in 2022.

The service requested an additional $161 million for the system’s production and rapid fielding. The Air Force most recently conducted the first booster flight test of the system in April, but it failed. (See ACT, May 2021.)

The Air Force also asked for $200 million for the new Hypersonic Attack Cruise Missile program to design, develop, and test “a prototype that will demonstrate the viability of a multi-mission weapon concept to be fielded as a long-range prompt strike capability.” The request was included as part of the Pacific Deterrence Initiative, which Congress created last year to boost deterrence against China in the Indo-Pacific region.

The Navy asked for $1.4 billion for the CPS program, an increase of about $600 million from last year’s appropriated amount and $70 million above the Trump administration’s projection. The Navy attributed the increase in part to the need to add the weapons system, which uses the common hypersonic glide body, to Zumwalt-class destroyers starting in fiscal year 2025.

The Army requested $412 million for the LRHW system, which also uses the common hypersonic glide body, for costs that include funding for additional LRHW batteries. That was a decrease of $114 million from the Trump administration’s projection, which the Biden administration attributed in part to reallocating funding to sdevelop ground-launched missile capabilities.

It is not clear what if any effects the proposed budget cut would have on the LRHW program.

The Army requested $286 million to develop a conventional, ground-launched, midrange missile capability. The service announced in November its selection of the Navy’s Standard Missile-6 (SM-6) and Tomahawk cruise missile to serve as the basis for the new capability. (See ACT, January/February 2021.) This effort “will leverage existing SM-6 and Tomahawk missiles for ground launch, to provide a responsive, highly accurate, deep strike capability designed to destroy high value, high payoff targets,” according to the Army’s budget documents.

Both the SM-6 and Tomahawk missiles would have been prohibited under the 1987 Intermediate-Range Nuclear Forces Treaty, from which the United States withdrew in August 2019. (See ACT, September 2020.)