A key Pentagon program aimed at reducing threats from weapons of mass destruction (WMD) and related challenges, including the spread of dangerous pathogens such as the coronavirus, is once again facing the budget axe, this time under President Joe Biden. 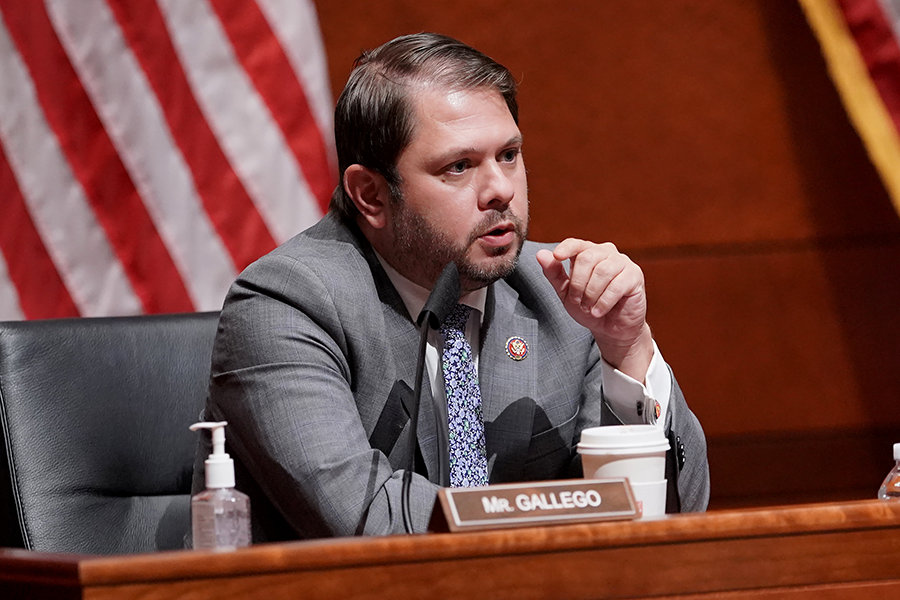 The Trump administration proposed a similar cut to the program last year, a move that was roundly criticized by members of Congress from both parties and ultimately reversed in final appropriations legislation. (See ACT, April 2020.)

Lawmakers have already begun to express similar misgivings about the Biden administration’s submission, especially as the COVID-19 pandemic continues to claim lives in the United States and abroad.

“Rather than cut funding, we need to double down, learn from the global pandemic, and support programs that work to increase our capacity to anticipate and respond when another dangerous pathogen arises,” Rep. Ruben Gallego (D-Ariz.), chairman of the House Armed Services subcommittee that oversees this program, told CQ Roll Call on June 8.

The Pentagon is seeking $240 million for the Cooperative Threat Reduction (CTR) program in fiscal year 2022, a significant 33 percent decrease from the fiscal year 2021 appropriation of $360 million. (See ACT, January/February 2021.) Congress provided about $120 million more for the program in 2021 than the Trump administration requested.

Of the $240 million, $124 million would be for the Biological Threat Reduction program, a 45 percent decrease from the amount appropriated for 2021. The Trump administration last year sought to slash this program by 38 percent from the fiscal year 2020 appropriation, but Congress rejected the proposal and instead appropriated $225 million.

The Pentagon’s 2022 budget documentation attributed the proposed decrease to the plus-up approved last year by Congress for the program, as well as reprioritization within the Office of the Secretary of Defense.

The CTR program, commonly known by the authors of the 1991 law that established it, Sens. Sam Nunn (D-Ga.) and Richard Lugar (R-Ind.), has facilitated the deactivation of thousands of former Soviet nuclear warheads and ballistic missiles, the securing of countless biological pathogens, and the destruction of thousands of tons of chemical weapons agents.

The 2022 budget request for the program includes $13 million to secure and eliminate chemical weapons and $59 million to prevent WMD proliferation. To secure and dismantle nuclear weapons, it seeks $18 million, half of the 2021 appropriation.

The Biden administration is requesting $1.9 billion for nuclear nonproliferation programs at the National Nuclear Security Administration (NNSA), the semiautonomous agency within the Energy Department that is responsible for maintaining and modernizing U.S. nuclear warheads and their supporting infrastructure. That is a decrease of $14 million from the 2021 appropriation and an increase of $178 million from the Trump administration’s projection in last year’s budget request.

The administration requested $343 million for the Material Management and Minimization program, a 14 percent decrease from the 2021 appropriation. The program supports the removal of highly enriched uranium (HEU) and plutonium used in civilian nuclear programs around the world. It also converts research reactors and medical isotope production facilities from using HEU, a fissile material that can be used for nuclear weapons, to using low-enriched uranium.

The requested $185 million for the Nonproliferation and Arms Control program, however, would be a 25 percent increase from the previous fiscal year’s appropriation. The increase largely would accelerate “the development of the nonproliferation enrichment testing and training platform for use by the International Atomic Energy Agency (IAEA),” according to the budget documents.

At the State Department, the administration requested about $320 million for nonproliferation activities, including $95 million for the voluntary U.S. contribution to the IAEA, $86 million for efforts aimed at preventing biological and chemical weapons attacks, and $31 million for the Preparatory Commission for the Comprehensive Nuclear-Test-Ban Treaty Organization, which oversees the global network used to detect nuclear test explosions.