More than four months after the Myanmar military overthrew the country’s elected leaders, the UN General Assembly adopted a resolution that “calls upon all member states to prevent the flow of arms into Myanmar.” 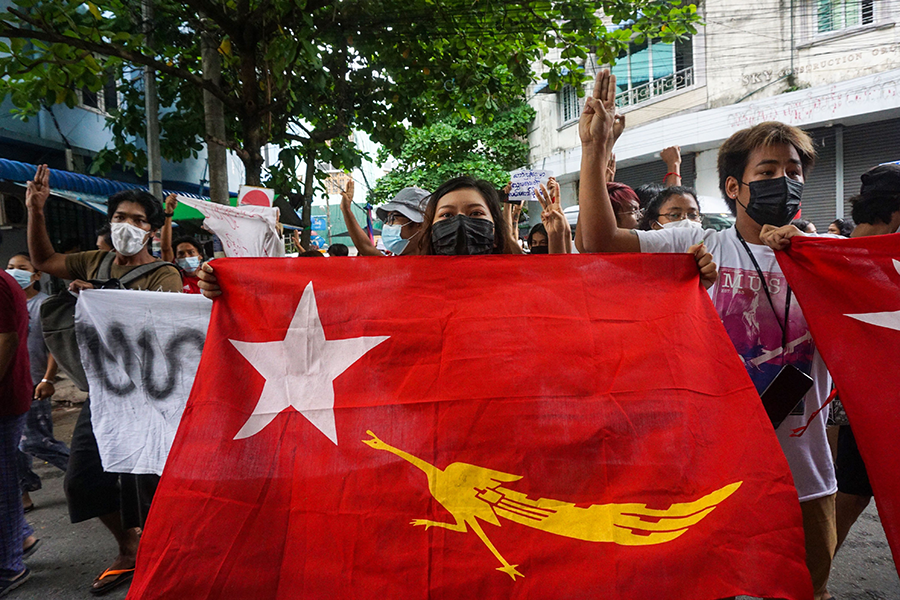 Although supported by 119 of the assembly’s 193 member states on June 18, the resolution lacks the binding nature that can come with UN Security Council resolutions and is more of a political message than a punitive measure. Among the Security Council’s five permanent members, China and Russia abstained, typically an indication that a binding Security Council embargo resolution would not be adopted.

Arms trade with Myanmar, still called Burma by U.S. officials, has long been controversial, with Western countries at times shunning weapons sales during the country’s most undemocratic periods. Not surprisingly, EU member states were well represented among the original sponsors of the resolution. The European Union has maintained some form of arms embargo on the country since the 1990s.

The United States also voted for the resolution. Within the 10-country Association of Southeast Asian Nations, the majority of members supported the measure, including Indonesia, Malaysia, Philippines, Singapore, and Vietnam, as well as Myanmar, whose pre-junta ambassador is still recognized by the United Nations.

According to the latest reporting by the Stockholm International Peace Research Institute on global trends on the transfer of major conventional weapons, Myanmar accounts for less than 1 percent of global arms imports, with China, India, and Russia supplying more than 80 percent of those weapons. India was among the 36 countries that abstained on the resolution. Only Belarus voted against it—JEFF ABRAMSON