Talks to bring the United States and Iran back into compliance with the 2015 nuclear deal appear to be gaining momentum, as a number of negotiators believe that an understanding is within reach. 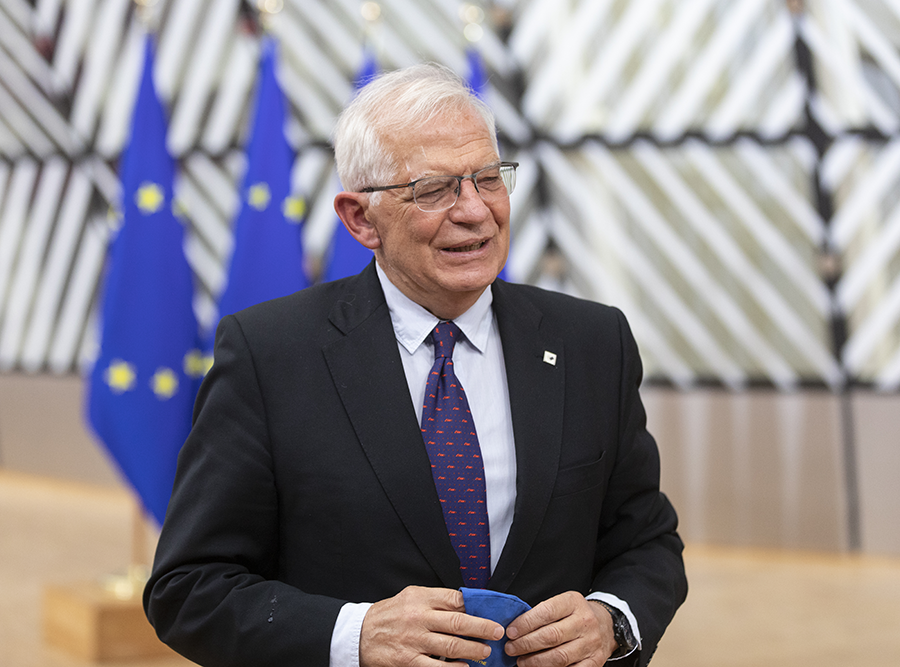 Enrique Mora, the lead negotiator for the European Union and coordinator of the indirect talks between the United States and Iran, said on May 19 that he is “quite sure there will be a final agreement” that restores the nuclear deal, formally known as the Joint Comprehensive Plan of Action (JCPOA).

Speaking to reporters in Vienna, he said that the talks are “on the right track.”

The Trump administration withdrew from the nuclear deal in May 2018 and reimposed sanctions on Iran in violation of the accord. Beginning the following year, Iran began to take a series of retaliatory steps to breach its commitments under the nuclear deal. The two countries are now engaged in indirect talks to restore the multilateral agreement. The other parties to the deal—China, France, Germany, Russia, and the United Kingdom—are also participating in the Vienna talks.

Mikhail Ulyanov, Russian ambassador to international organizations in Vienna, tweeted on May 19 that significant progress was made and the parties to the deal all believe an agreement is “within reach.” He expressed hope that the next round of talks “will be final.”

Iranian negotiators also struck a positive tone. Abbas Araqchi, Iran’s lead negotiator, told Iranian state TV on May 19 that “the framework and structure of the agreement has been defined” but certain clauses are still being discussed.

Other diplomats struck a less optimistic tone. In a May 19 statement, France, Germany, and the UK said that there are still “very difficult issues ahead” and warned against underestimating those challenges.

U.S. State Department spokesperson Jalina Porter said in a May 19 press briefing that the fourth round of talks “helped to crystalize choices that may be made by Iran, as well as by the United States,” to return to mutual compliance.

Although the United States and Iran have expressed support for returning to compliance with the nuclear deal, certain technical details have proved challenging.

Iran, for instance, has insisted that all sanctions imposed by the Trump administration after the United States withdrew from the deal in May 2018, including the non-nuclear sanctions, be lifted. That is necessary, Iran has argued, for Tehran to receive sanctions benefits envisioned by the deal. Critics of the nuclear deal in the United States have opposed lifting these measures.

On May 20, Iranian President Hassan Rouhani said on state television that the “main” sanctions issues “have been wrapped up,” including those affecting the oil, petrochemical, shipping, and banking sectors.

Advanced centrifuges pose a proliferation risk because they enrich uranium more efficiently. The machines can be dismantled or destroyed to bring Iran back into compliance with the nuclear deal’s limits, but Iran has gained knowledge from operating these machines that cannot be reversed.

Officials did not comment on whether this issue has been resolved.