A proposed $735 million sale of precision-guided munitions to Israel drew intense scrutiny from Congress as fighting in that country escalated last month. 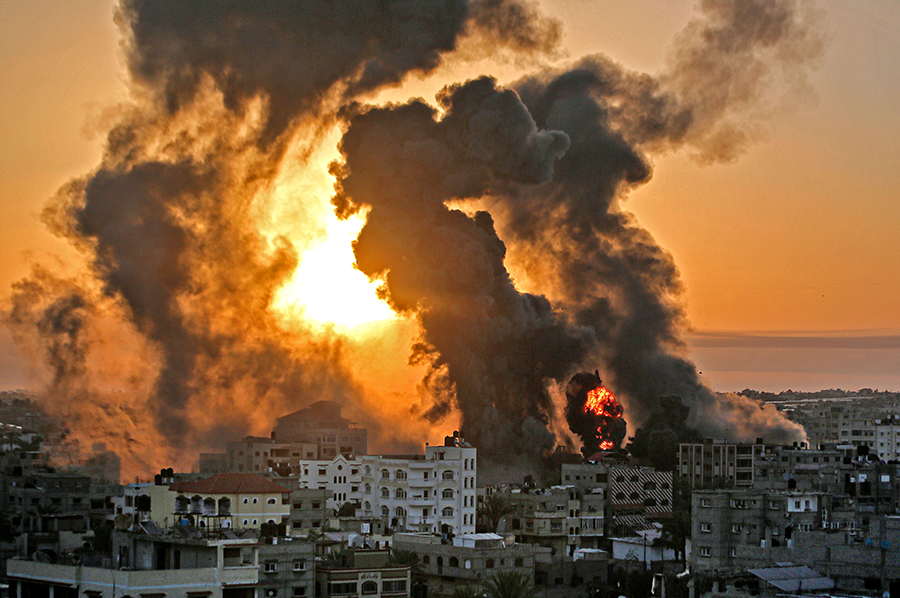 A day before a cease-fire was declared on May 20, Democratic Reps. Alexandria Ocasio-Cortez (N.Y.), Mark Pocan (Wis.), and Rashida Tlaib (Mich.) introduced a House joint resolution of disapproval for the sale. “Approving this sale now, while failing to even try to use it as leverage for a ceasefire, sends a clear message to the world—the U.S. is not interested in peace, and does not care about the human rights and lives of Palestinians,” Ocasio-Cortez said in a press statement.

The next day, Sen. Bernie Sanders (I-Vt.) introduced a similar resolution in the Senate. It marked the end of a 15-day review period during which lawmakers could take action to block the administration from issuing licenses for the deals.

According to news reports, the State Department issued those licenses on May 21. No vote is now expected on these particular resolutions. But at any point until delivery, expected to Israel next year, Congress could pass legislation blocking arms sales.

When told on May 21 that the sales had already been licensed, Sanders put a hold on all State Department nominees. He lifted the hold after the administration committed to providing humanitarian aid for Gaza. Sanders’ office told Arms Control Today on May 25 that Sanders and his colleagues “would continue to push for greater debate to make sure that U.S. arms sales do not support human rights abuses.”

The potential sale drew little attention when notified to Congress on May 5, in part because it was not done according to the foreign military sales (FMS) process, which centers on government-to-government agreements and provides for notifications that are publicly available on a website managed by the Defense Department. Instead, the joint direct attack munitions and small diameter bombs were notified as a commercial sale, for which there is less transparency.

News of the potential deal surfaced on May 17, a week after fighting in Israel had intensified and Israeli forces faced international criticism for bombing civilian areas in Gaza.

An informal notification process exists for communicating these sales to the House Foreign Affairs Committee and the Senate Foreign Relations Committee before the formal notification occurs, but the lack of public awareness is endemic to the commercial sale process, which is becoming more common and is being used for transfers of more destructive weapons. Some key rules and procedures applicable to FMS sales do not apply or have been unevenly applied to commercial sales, raising the question of whether administrations are using the process to shield themselves from public scrutiny.

For example, these commercial sales are considered proprietary agreements. Under the International Traffic in Arms Regulations, the State Department withholds some information about such licenses unless the secretary of state determines “the release of such information . . . to be in the national interest.”

In recent years, votes on resolutions of disapproval have occurred most frequently in the Senate because the rules allow individual senators to ask the full Senate to consider them even if the Foreign Relations Committee does not act. For all commercial sales, senators must wait 10 days before invoking this privilege. But in the case of an FMS sale to Israel and other close partners, that waiting period is only five days.

In 2014, Congress passed legislation that would allow for the chair and ranking member of the relevant Senate or House committee to concurrently request a predelivery notification of weapons sold under the FMS program, but did not extend that notification authority to commercial sales.

For sales to most countries, Congress has 30 days from formal notification to pass joint resolutions of disapproval that bar the president from concluding agreements. For Australia, Israel, Japan, New Zealand, South Korea, and NATO and its member states, that timeline is 15 days.—JEFF ABRAMSON