Iran has agreed to extend a critical temporary monitoring arrangement with the International Atomic Energy Agency (IAEA) for one month, the agency reported May 24. The agreement will expire June 24, leaving 30 days for Iran and the other members of the 2015 nuclear deal to restore that accord. 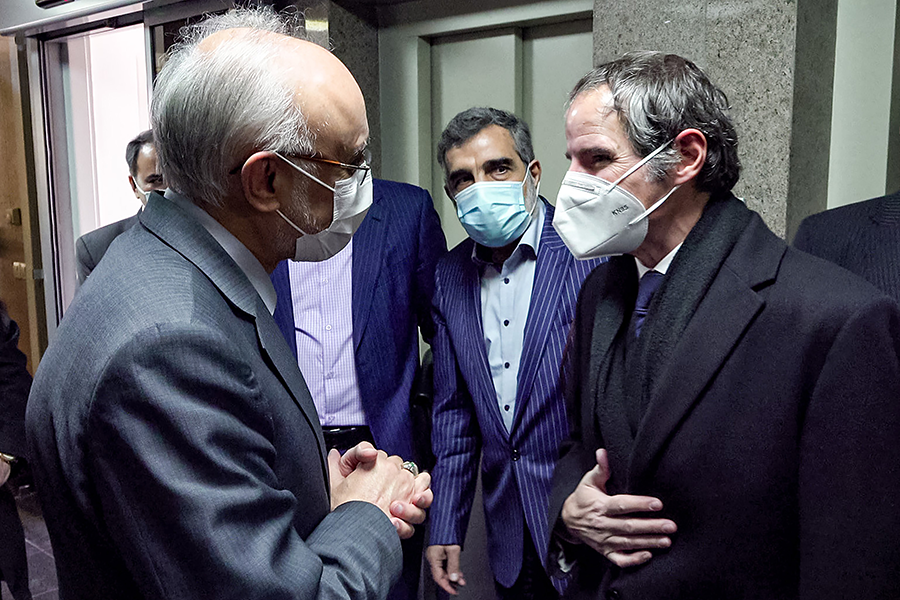 Iran suspended implementation of the additional protocol to its safeguards agreement on Feb. 23, marking an escalatory step in its scheme to intensify activities in violation of the nuclear deal. Iran is obligated to implement the additional protocol in accordance with the deal, known formally as the Joint Comprehensive Plan of Action (JCPOA). But it decided to suspend compliance pursuant to a December 2020 Iranian law designed to pressure the United States to deliver on sanctions relief. Tehran has demanded that Washington reverse all sanctions imposed since the United States unilaterally withdrew from the JCPOA in 2018. (See ACT, January/February 2021.)

An additional protocol is a voluntary arrangement that allows IAEA inspectors increased access to sites and information related to a country’s nuclear program. The aim is to verify that nuclear materials are not diverted for malign purposes.

The special monitoring arrangement reached by Iran and the IAEA on Feb. 21 preempted Tehran’s suspension of its additional protocol and alleviated mounting concerns over the possibility of losing visibility into Iran’s nuclear activities.

Under the temporary technical understanding, Iran agreed to continue recording and collecting certain information and committed to transfer that data to the IAEA once sanctions are eased. But the Atomic Energy Organization of Iran said in a Feb. 21 statement that all recorded and collected data would be completely erased if the JCPOA sanctions were not removed by the May 21 deadline. (See ACT, March 2021.)

Although the arrangement has now been extended, the original deadline weighed heavily on diplomats in Vienna, who are entrenched in negotiations toward restoring the JCPOA. Originally agreed for three months, the arrangement was intended to provide diplomatic space so parties to the nuclear deal could reach consensus on the steps needed for a complete return to JCPOA compliance by Iran and the United States. For Iran, those steps would include a recommitment to its additional protocol, thus negating the need for the temporary monitoring arrangement.

The IAEA will regain access to all information collected since Feb. 23 once the JCPOA is restored and sanctions are lifted. Certain details regarding Iran’s decision to extend the arrangement remain private, but it does not appear there was any gap in monitoring between the May 21 expiration and May 24 extension of the temporary agreement.

Mikhail Ulyanov, Russia’s representative to international organizations in Vienna, commended the extension on May 24, tweeting that “it will help maintain businesslike atmosphere at the Vienna talks . . . and facilitate a successful outcome of the diplomatic efforts to restore the nuclear deal.”

As the May 21 deadline drew near, the European members of the deal—France, Germany, and the United Kingdom—emphasized the importance of extending the monitoring arrangement. “IAEA access will of course be essential to our efforts to restore the [JCPOA], as the deal cannot be implemented without it,” they said.

Iran implicitly pledged under the extended monitoring arrangement to continue implementing its comprehensive safeguards agreement with the IAEA, which it is required to uphold as a state-party to the nuclear Nonproliferation Treaty. Despite a modest decline in inspector presence resulting from the suspension of Iran’s additional protocol and the unique parameters of the temporary monitoring agreement, regular safeguards on Iran’s nuclear program have continued without disruption.

Regular monitoring reports by the IAEA provide transparency into Iranian nuclear activities and assurance that, despite its violations of the JCPOA, Iran’s nuclear program remains entirely peaceful in nature.—JULIA MASTERSON