Despite suffering a severe setback in last year’s budget allocations, the Navy is pressing ahead with plans to increase its reliance on unmanned ships, planes, and submarines. 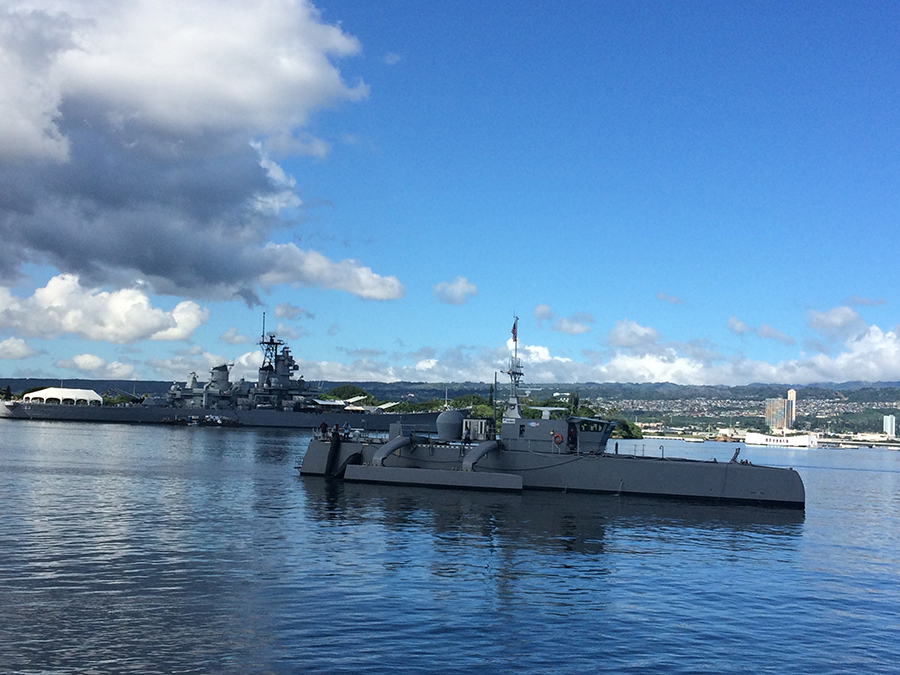 When concluding work on the National Defense Authorization Act (NDAA) and military appropriations bill for fiscal year 2021, Congress voted to scrub $370 million from the $464 million requested by the Pentagon for the procurement of unmanned surface vessels and demanded more testing before approving any additional funds for the program.

Nevertheless, the Navy has proceeded with two initiatives intended to speed the development and deployment of unmanned systems. In March, it published a blueprint for future work in this area, titled “Unmanned Campaign Framework.” In April, it conducted its first major combat exercise incorporating such systems alongside more traditional manned vessels.

In addition to operational and other issues, there are language problems with the program. By using the term “unmanned” to refer to ships and planes devoid of humans, the Navy is perpetuating a stereotype of weapons platforms “manned” entirely by male sailors and fliers. The practice has generated criticism from analysts who argue for the use of a more gender-neutral term, such as “uncrewed” or “uninhabited” vehicles. At the same time, unmanned suggests a lack of human control over lethal systems, which is a problem in its own right because there is limited or non-existent human control and many experts and ethicists are deeply concerned about empowering machines to make life-and-death decisions.

For Pentagon officials, the deployment of ever-growing numbers of uncrewed ships and planes is considered imperative if the Navy is to confront two well-armed adversaries, China and Russia, simultaneously. Under the national defense strategy issued February 2018, the Navy, like all the armed services, is expected to accord its highest priority to preparations for all-out, high-intensity combat with those two countries. This is an especially daunting obligation for the Navy because it is expected to bear the brunt of any conflict with China, given the paucity of land features in the Pacific Ocean from which to conduct air and ground operations against Chinese forces. Further complicating the Navy’s task, China has been modernizing and expanding its own navy and has deployed hundreds of medium- and intermediate-range ballistic missiles for possible attacks on U.S. warships and their Pacific support bases.

If money were not a problem, the Pentagon would prefer to address these challenges by building additional crewed warships, such as carriers, cruisers, and destroyers. But big ships of this sort with large human crews are extremely costly. With defense spending expected to remain flat in the future and the Army and Air Force also seeking funds for additional weaponry, the procurement of so many crewed ships is simply not in the cards, hence, the Navy’s rush to develop less costly uncrewed vessels that can be procured in relatively large numbers. As suggested in October 2020 by Defense Secretary Mark Esper, the acquisition of numerous uncrewed warships “will add significant offensive and defensive capabilities to the fleet at an affordable cost in terms of both sailors and dollars.”

But Congress put a hold on this plan, denying funds for acquisition of the medium-sized and large unmanned vessels until the Navy could demonstrate that all their component systems had been tested and shown to work as intended. Some members of Congress are deeply skeptical this goal can be met in the near term. Moreover, reflecting concern about the lack of human officers to oversee the operations of unmanned ships when engaged in combat, the 2021 NDAA mandates that no lethal weapons system be installed on such a vessel until the defense secretary can certify that the system “will comply with applicable laws, including the law of armed combat.”

Seeking to reassure Congress on these points and secure fresh funding for its unmanned ship program, the Navy is now aiming to proceed in a more deliberative fashion, as evident in its “Unmanned Campaign Framework” report. Described as a “comprehensive strategy for realizing a future where unmanned systems serve as an integral part of the Navy’s warfighting team,” the document is intended to persuade skeptical lawmakers that the Navy will proceed in a step-by-step fashion to develop, test, and evaluate the components of fully autonomous naval vessels before rushing them into active duty. The governing concept, the report asserts, is to perfect the underlying “capabilities”—sensors, processors, guidance systems, and so forth—before rushing into the production of physical platforms. At the same time, proper consideration will be accorded to ethical and legal concerns. “As these unmanned systems become increasingly sophisticated,” it states, “an enduring central tenet of their use will be the continued exercise of appropriate levels of human judgment.” Despite the reassuring words, how this will be accomplished is not explained.

Meanwhile, to demonstrate the validity of its unmanned combat strategy, the Navy conducted its first combat exercise involving unmanned ships and planes, termed Unmanned Integrated Battle Problem 21, in late April. During the exercise, a Zumwalt-class stealth destroyer, the USS Michael Monsoor, exercised oversight of two experimental medium-sized unmanned surface vessels, Sea Hunter and Sea Hawk, as well as the MQ-8B Fire Scout Unmanned Aerial Vehicle (UAV), the MQ-9 Sea Guardian UAV, and “swarms” of small drones. According to Adm. Robert Gaucher of the Pacific Fleet, the exercise was designed to simulate a “Pacific warfighting scenario” and included “maneuvering in contested space across all domains, targeting and fires, and intelligence, reconnaissance, and surveillance.”