A senior UN disarmament official kicked off a Feb. 3 Security Council meeting by urging unity among council members in defense of the global prohibition against chemical weapons use. Izumi Nakamitsu, the UN undersecretary-general and high representative for disarmament affairs, called on the council to ensure that instances of chemical weapons use are never tolerated. 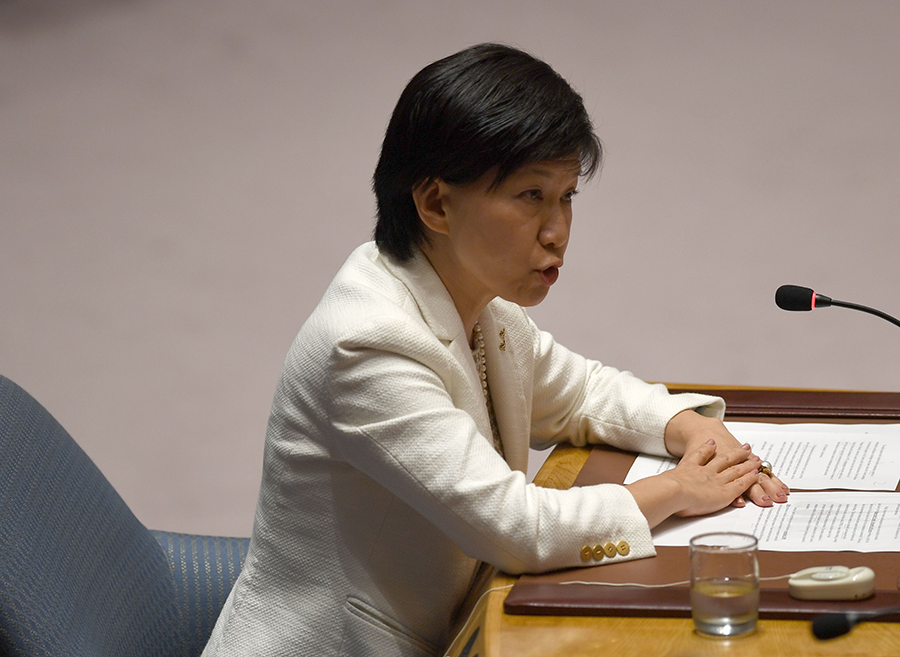 Nakamitsu briefed the Security Council on the progress of the Organisation for the Prohibition of Chemical Weapons (OPCW) toward verifying the destruction of Syria’s chemical weapons stockpile and production facilities. Although the entirety of Syria’s declared chemical weapons stockpile was destroyed shortly after its accession to the Chemical Weapons Convention (CWC) in 2013, evidence implicating the Syrian government in the continued use of chemical weapons has surfaced in recent years. Most recently, in April 2020, the OPCW released an inaugural report by its Investigation and Identification Team finding the Syrian government responsible for a series of chlorine and nerve agent attacks in Syria in March 2017. (See ACT, May 2020.)

In his most recent report, released Jan. 25, Arias noted that “considering the identified gaps, inconsistencies, and discrepancies that remain unresolved, the [OPCW] Secretariat assesses that the declaration submitted by the Syrian Arab Republic still cannot be considered accurate and complete in accordance” with the CWC.

The January report indicates that Syria has failed to comply with the OPCW Declaration Assessment Team (DAT) and that 19 issues with Syria’s original declaration remain outstanding. In one noted instance, the DAT request to “declare the exact types and quantities of chemical agents produced and/or weaponized” at a specific chemical weapons production facility remains unaddressed by the Syrian government. Syria maintains that the facility in question has never been used for chemical weapons. The DAT was deployed to Syria again in early February 2021.

In her briefing to the Security Council, Nakamitsu called on Syria to cooperate fully with the OPCW to address those 19 outstanding issues to its declaration.

Nakamitsu further directed her plea to the members of the council specifically, noting “it is imperative that this council show leadership in demonstrating that impunity in the use of these weapons will not be tolerated.”

In the debate that followed Nakamitsu’s briefing, Security Council members toed the lines of their long-held positions on Syria’s chemical weapons program. Russia named Syria a “responsible partner,” but, reacting to the fact that Syria’s rights and privileges under the CWC will be up for debate at the spring 2021 meeting of CWC states-parties, questioned what benefits Syria would derive from remaining party to the convention. (See ACT, January/February 2021.)

Syria’s representative remarked that a revocation of its rights and privileges under the CWC would represent a “hostile act par excellence” and stated that Damascus rejects efforts to undermine its initial declaration to the OPCW. The United States, the United Kingdom, and others overwhelmingly affirmed their support for the tone of Nakamitsu’s briefing and urged Syria to cooperate fully with the OPCW.