Iran has started production of uranium metal, the International Atomic Energy Agency (IAEA) confirmed in a Feb. 23 monitoring report circulated to its Board of Governors and obtained by Arms Control Today. According to that report, Iran began production on Feb. 6 at its Esfahan fuel-fabrication plant. 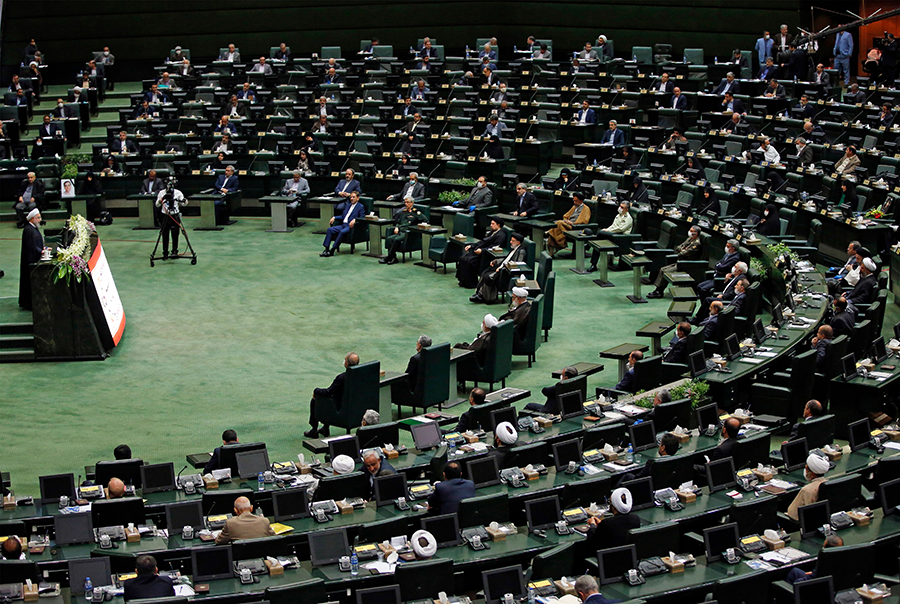 Uranium metal production is prohibited by the 2015 nuclear deal, known formally as the Joint Comprehensive Plan of Action (JCPOA), for 15 years. Iran’s most recent technical violation of the accord is significant due to the fact that Iranian scientists are not believed to have engaged in uranium metal work prior to the JCPOA. Technical knowledge gained through the process of producing uranium metal could be applied to nuclear weapons development and cannot be unlearned.

Iran first informed the IAEA of its intent to pursue uranium metal production on Jan. 12, 2019. Iranian officials stated their intent to design an improved type of fuel for the Tehran Research Reactor, which runs on fuel fabricated from uranium enriched to 20 percent uranium-235. After several exchanges between Tehran and the IAEA, Iran notified the agency of its modifications to parts of the Esfahan plant aimed to accommodate research and development into uranium metal work. The IAEA inspected the facility on Jan. 10, 2021 and confirmed in a Jan. 13 monitoring report that the processes for producing uranium metal had been initiated.

The Feb. 23 IAEA monitoring report highlighted that Iran has produced only a small amount of natural uranium metal, meaning that the metal was not enriched.

Iran’s recent step to produce uranium metal was taken in line with its December 2020 nuclear law, which was passed in an effort to increase leverage on the United States to reenter the JCPOA and on all JCPOA participants to lift sanctions imposed against Iran. The law requires the Atomic Energy Organization of Iran (AEOI) to rachet up Iran’s nuclear program over the course of 2021 if sanctions relief is not granted.

According to the law, Iran must install and operate advanced centrifuges, resume enriching uranium to 20 percent U-235, and produce 120 kilograms of material enriched to that level every year. The AEOI must also build a new heavy-water reactor and inaugurate a uranium metal production plant. Most significantly, the law outlines the suspension of Iran’s implementation of the additional protocol to its comprehensive safeguards agreement if sanctions remain in place. Iran announced the suspension on Feb. 23 after the conclusion of a bilateral monitoring agreement between Iran and the IAEA.

Iran has also taken steps to implement requirements set out in the new law regarding centrifuges, the sensitive machines that enrich the uranium. On Dec. 2, 2020, Iran notified the IAEA of its intent to install three cascades, or chains, of 174 IR-2m centrifuges. The agency reported on Feb. 23 that Iran had installed two cascades and that installation of the third was ongoing. Iran informed the IAEA on Feb. 15 of its intent to install an additional two cascades. Once completed, Iran will have a total of six IR-2m cascades installed at Natanz.

At Fordow, Iran continues to enrich uranium using 1,044 IR-1 centrifuges. Iran alerted the IAEA on Feb. 1 that it would install two IR-6 centrifuge cascades to aid in the production of fuel enriched to 20 percent U-235.

According to the IAEA report, Iran is also installing cascades of IR-4 and IR-6 centrifuges at Natanz, which are being transferred from the pilot fuel enrichment plant. As of Feb. 21, the IAEA verified that Iran had installed the IR-4 cascade and was in the process of installing the IR-6 cascade. The JCPOA limits Iran’s uranium-enrichment program to output from 5,060 IR-1 centrifuges at Natanz, and the installation, operation, and accumulation of enriched uranium from advanced machines violates the accord.

Consistent with the requirements of the Iranian nuclear law, the government announced the construction of a new heavy-water reactor Jan. 11. Abolfazl Amouyee, spokesman for the Iranian Parliament’s National Security and Foreign Policy Commission, said the new “IR2M” reactor will be similar to the Arak heavy-water reactor. The law also requires Iran to eventually revert the 40-megawatt Arak reactor to its original design. Under the JCPOA, Iran has been engaged in efforts to modernize the reactor and convert it to a light-water design, which poses a significantly lower proliferation risk.

Senior Iranian officials, including Foreign Minister Javad Zarif, maintain that each of Iran’s provocative steps are entirely reversible following full restoration of the JCPOA. But political tensions are rising, and the window for U.S. reentry to the deal may be narrowing.

On Feb. 5, the IAEA reported that samples taken from two previously undeclared facilities in the fall of 2020 revealed traces of radioactive material. Three unnamed diplomats briefed on the IAEA report told The Wall Street Journal the findings could indicate that Iran previously undertook work related to nuclear weapons. Although concerning, the ongoing IAEA investigation relates to Iran’s pre-2003 nuclear activities, and there is no evidence to suggest that Iran has pursued a nuclear weapons program while under the JCPOA.