The United States formally withdrew from the 1992 Open Skies Treaty on Nov. 22 despite domestic and international pressure to remain party to the accord, including from President-elect Joe Biden and numerous U.S. allies. 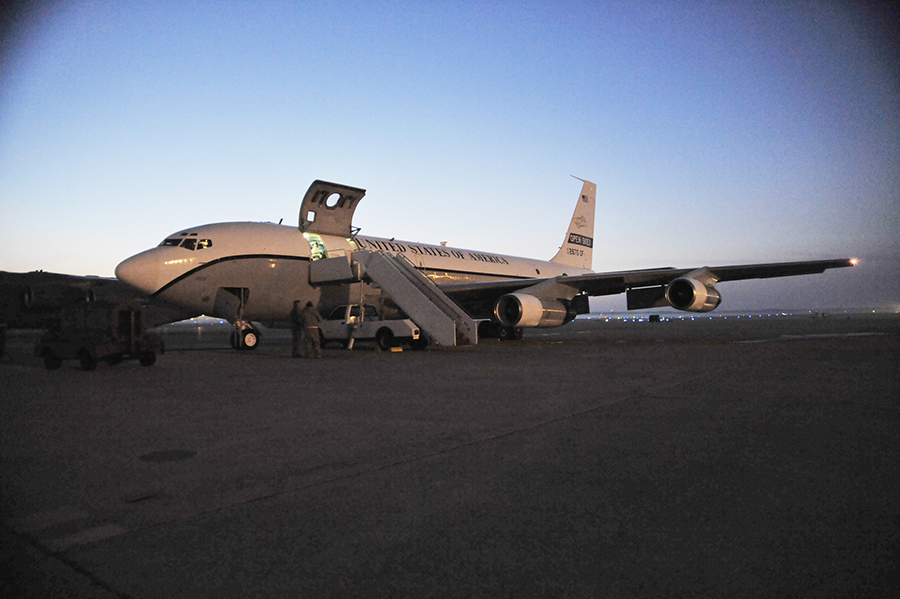 “Today, pursuant to earlier notice provided, the United States withdrawal from the Treaty on Open Skies is now effective,” said Secretary of State Mike Pompeo in a tweet. “America is more secure because of it, as Russia remains in noncompliance with its obligations.”

In May, Pompeo issued the six-month notice of withdrawal as required by the treaty, citing concerns over Russian compliance with and implementation of the treaty as grounds for the U.S. withdrawal. (See ACT, June 2020.)

Russia has repeatedly denied accusations that it has violated the treaty and said in a Nov. 22 statement that all options remain on the table regarding its continued participation. The statement followed Nov. 12 remarks by Russian Foreign Minister Sergey Lavrov in which he outlined in stark terms the circumstances in which Moscow might remain party to the treaty.

“If they [the remaining states-parties] want to keep the treaty in force, and if we choose to remain part of it, we will require our partners to legally confirm in writing that, first, they will not prohibit flights over any part of their territory regardless of whether U.S. bases are located there or not,” he said.

He added that the parties must also “strongly commit not to transmit data on flights over Russia to the United States.”

Under the treaty, all imagery collected from overflights is made available to any of the states-parties. During the treaty’s fourth review conference in October, Russia prioritized the provisions of the pact that restrict the distribution of treaty data to states-parties only. (See ACT, November 2020.)

A senior U.S. official told The Wall Street Journal that the United States is already moving to dispose of the two Boeing OC-135B aircraft used for treaty overflight missions.

“We’ve started liquidating the equipment,” the official said. The planes “are really old and cost-prohibitive for us to maintain. We don’t have a use for them anymore.”

An Air Force official told Defense News on Nov. 24 that a final decision on the disposition of the aircraft has not yet been made.

Following the U.S. withdrawal, House Foreign Affairs Committee Chairman Eliot Engel (D-N.Y.) and Rep. William Keating (D-Mass.) issued a Nov. 23 statement maintaining that the Trump administration broke the law when it neglected to notify Congress 120 days before issuing an intent to withdraw from the treaty as required by the fiscal year 2020 National Defense Authorization Act (NDAA).

“President Trump is attempting to burn down our critical institutions on his way out the door,” they wrote. “In doing so, he not only jeopardized U.S. national security, but he blatantly ignored and deliberately broke the law.”

In a Dec. 20, 2019 statement issued alongside his signature of the fiscal year 2020 authorization bill, Trump argued that the NDAA provision on the treaty raised constitutional concerns.

“I reiterate the longstanding understanding of the executive branch that these types of provisions encompass only actions for which such advance certification or notification is feasible and consistent with the president’s exclusive constitutional authorities as commander in chief and as the sole representative of the nation in foreign affairs,” the president said.

President-elect Joe Biden has expressed support for the treaty and condemned the administration’s decision to withdraw. But he has stopped short of committing to try to reenter the agreement when he takes office in January or arguing the United States still remains a state-party because the withdrawal was done in violation of the law.

If Biden did want to resume U.S. participation in the treaty, it is unclear whether and how he could do so.

In a statement to Arms Control Today, Monica Matoush, a Democratic spokesperson for the House Armed Services Committee, did not address whether Biden should attempt to rejoin the agreement.

“The importance of alliances and confidence-building measures to support strategic stability in Europe in the face of Russian aggression must be a priority for the next administration, despite efforts over the past four years to undermine these relationships and dismantle agreements that uphold transatlantic stability,” she said.

Peter Jones, a former Canadian representative to the Open Skies Treaty negotiations, proposed on Nov. 12 that the remaining states-parties pause the treaty at one minute to midnight on Nov. 21 in order to prevent the Trump administration from withdrawing from the treaty and buy time for a new Biden administration to rescind the withdrawal.

“In effect, they would be ignoring the Trump deadline until the Biden administration was sworn in and could rescind the withdrawal,” he wrote. Although the proposal was reportedly discussed in Vienna, it did not come to fruition.

Signed in 1992 and entering into force in 2002, the treaty permits each state-party to conduct short-notice, unarmed observation flights over the others’ entire territories to collect data on military forces and activities.