“Over the past 50 years, ACA has contributed to bridging diversity, equity, inclusion and that's by ensuring that women of color are elevated in this space.”
– Shalonda Spencer
Women of Color Advancing Peace, Security, and Conflict Transformation
June 2, 2022
New UAE Arms Sales Raise Concerns

In an anticipated move shortly after the November elections, the Trump administration formally notified Congress of its intent to sell more than $23 billion of advanced weaponry to the United Arab Emirates, an effort that is now facing bipartisan opposition in Congress. 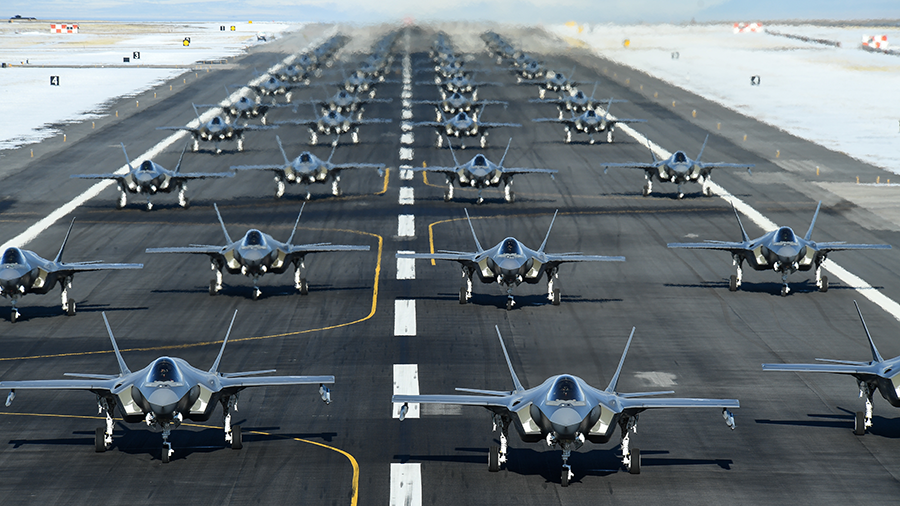 The sales appear to be linked to the August agreement in which the UAE and Israel normalized relations, with U.S. Secretary of State Mike Pompeo noting in his Nov. 10 announcement of the proposed sales that the “historic agreement to normalize relations with Israel under the Abraham Accords offers a once-in-a-generation opportunity to positively transform the region’s strategic landscape.”

The sale includes up to 50 F-35 aircraft valued at $10.4 billion, up to 18 MQ-9B armed drones valued at $3 billion, a package of air-to-air and air-to-ground munitions valued at $10 billion, as well as a revision to a 2018 notification for additional Sidewinder missiles valued at $490 million. In a rare change from standard protocol, the notifications to Congress of the potential sales specified that they would result in “a significant increase in capability and will alter the regional military balance.”

On Nov. 18, Sens. Bob Menendez (D-N.J.), ranking member of the Senate Foreign Relations Committee; Rand Paul (R-Ky.); and Chris Murphy (D-Conn.) introduced four separate joint resolutions of disapproval taking aim at the proposed arms sales. “The UAE has violated past arms sales agreements, resulting in U.S. arms ending up in the arms of dangerous militia groups, and they have failed to comply with international law in Libya and Yemen. A sale this large and this consequential should not happen in the waning days of a lame duck presidency, and Congress must take steps to stop this dangerous transfer of weapons,” said Murphy. These resolutions were followed up on Nov. 19 by joint resolutions of disapproval introduced into the House by Rep. Ilhan Omar (D-Minn.).

Democrats have objected to what many see as a rushed process, as well as one that could threaten Israel. In October, House Foreign Affairs Committee Chairman Eliot Engel (D-N.Y.) introduced legislation to limit sales of advanced defense equipment, including F-35s and armed drones, to Middle Eastern countries to those that have signed normalization agreements with Israel and will not violate international humanitarian law.

On Oct. 20, Sens. Menendez and Dianne Feinstein (D-Calif.) introduced legislation to reassert congressional oversight over F-35 sales by requiring presidential certifications that Israel’s qualitative military edge would not be undermined before F-35s could be sold to other countries in the Middle East.

Under laws passed in 2008, proposed U.S. arms sales to any country in the Middle East and North Africa, apart from Israel, must be accompanied by a determination that the sale would not impact Israel’s qualitative military edge in the region.

The new sales would also be made easier by the administration’s unilateral reinterpretation of the Missile Technology Control Regime (MTCR) earlier this year. (See ACT, September 2020.) Under the previous understanding of MTCR guidelines, the sale of MQ-9 Reaper drones were subject to a “strong presumption of denial.” But under the revised interpretation, the sale would now be considered with the same criteria as any other foreign military sale.

In addition to coming under criticism for its role in the war in Yemen, the UAE has also been accused of openly flouting the UN arms embargo in Libya. On Nov. 10, Sens. Cory Booker (D-N.J.), Bernie Sanders (I-Vt.), and Jeanne Shaheen (D-N.H.) released a letter to Pompeo detailing concerns regarding the role of the UAE in allegedly violating the embargo.

On Nov. 18, the House of Representatives passed the Libya Stabilization Act, a bipartisan bill that requires the secretary of state to issue a report within 90 days on the full extent of UAE and other foreign military involvement in Libya.

Even if the resolutions of disapproval were to pass both chambers of Congress but fail to garner enough support to overrule an expected veto by President Donald Trump, as happened in 2019 (See ACT, September 2019), the incoming Biden administration could suspend sales, and a new Congress could act at any time to block delivery.

With these deals, the Trump administration has notified Congress of more than $127 billion in potential global arms sales via the Foreign Military Sales program, the largest annual total in more than two decades. (See ACT, November 2020.)