The 75th session of the UN General Assembly First Committee on disarmament and international security, held remotely this year due to the COVID-19 pandemic, revealed growing global concern over the decline of arms control and rising tensions between nations, particularly those armed with nuclear weapons. 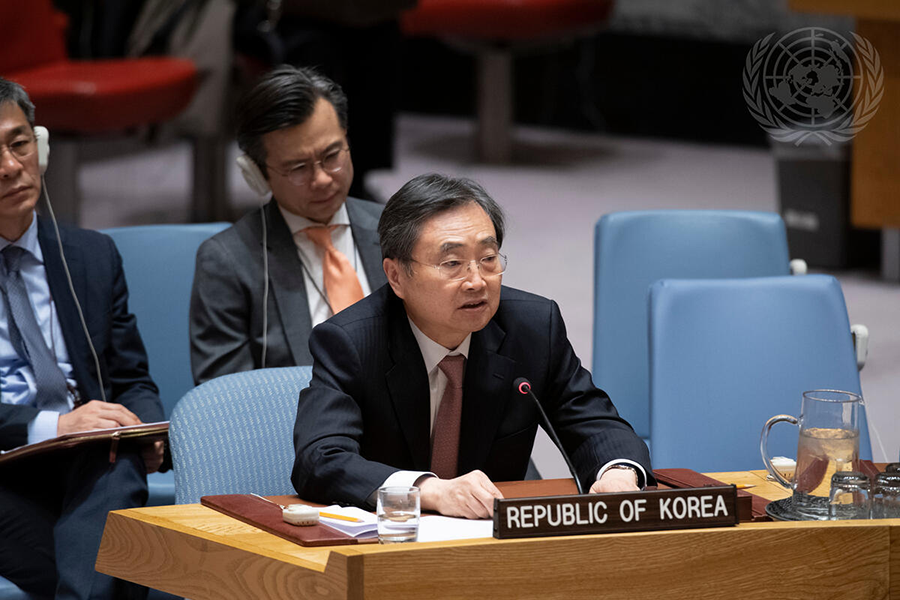 The European Union, Russia, and South Korea noted the challenges COVID-19 posed to nuclear disarmament, including the postponement of treaty-related meetings such as the nuclear Nonproliferation Treaty’s pending review conference, now deferred again from an already rescheduled early 2021 date. They also encouraged commitment to collective action and multilateralism. Others noted that the pandemic should raise awareness of biological threats and drive action at next year’s Biological Weapons Convention review conference.

Tension between nuclear-armed powers was highlighted by separate, unsuccessful U.S.-Russian talks on an extension of the 2010 New Strategic Arms Reduction Treaty (New START). In the First Committee, Russia reiterated that Moscow stands ready to extend the pact without preconditions, a move that would “buy us time to consider future approaches to arms control.” The United States responded by reaffirming its pursuit of an agreement that “addresses all nuclear warheads” and expressing concern with Russia’s investment in “novel nuclear delivery systems and nuclear weapons that are not constrained by New START.” The impasse suggests that the two sides will not resolve the matter before the end of the Trump administration in January 2021.

EU nations said they “deeply regret” the U.S. decision to withdraw and reimpose sanctions on Iran and “strongly urge Iran to refrain from any further actions that are inconsistent with its JCPOA commitments and return to full JCPOA implementation without delay.”

Unlike in 2019, Iran did not mention its enrichment activities or their reversibility. The United States refrained from commenting on the JCPOA at all during its general debate remarks.

Opinions were divided on how to address North Korea’s nuclear program and security on the Korean peninsula. China blamed the United States for “the deadlock of the [U.S.-North Korean] dialogue regarding the nuclear issue on the Korean peninsula” and asserted its opposition to “unilateral sanctions and long-arm jurisdiction beyond the mandates” of UN Security Council resolutions.

The EU and some European countries, in contrast, expressed concern over North Korea’s missile launches and repeated their support for denuclearization. Poland called North Korean denuclearization “an absolute imperative and priority for the entire international community.” South Korea took a more optimistic tone in its statement. Cho Hyun, South Korean ambassador to the United Nations, said that “[his] government’s resolve to advance the peace process remains unwavering and [South Korean leaders] sincerely hope that [North Korea] will return to the negotiating table.”

The Chemical Weapons Convention (CWC) and the Organisation for the Prohibition of Chemical Weapons (OPCW) also received significant attention during general debate in the wake of the August 2020 poisoning of Alexei Navalny, a Russian opposition leader, with a Novichok nerve agent. Russia has denied responsibility for the attack.

Absent verifiable attribution of the attack to Russia by the OPCW, the United States called on Moscow to “fulfill its obligations under the [CWC] by completely declaring and destroying its chemical weapons program under international verification.” The EU said that Russia should “fully cooperate” with the OPCW to ensure an “impartial international investigation.”

The use of chemical weapons in Syria also drew attention, with Germany urging that “all those who continue to support the Assad regime and to provide cover for its crimes—in particular the Russian Federation—[should] finally live up to their responsibility.”

Russia did not respond directly to criticism for the Navalny incident, instead introducing a resolution to update the UN Secretary-General’s Mechanism for Investigation of Alleged Use of Chemical and Biological Weapons (SGM). This was met with significant resistance by other states, which accused Russia of attempting to undermine the SGM’s authority.

The 2020 First Committee session approved 72 draft resolutions and decisions, but rejected two: Russia’s resolution on the SGM and one on the 2021 Disarmament Commission session. The votes revealed continuing disunity between nuclear-weapon and non-nuclear-weapon states, with all nine nuclear-armed states voting against a resolution on the Treaty on the Prohibition of Nuclear Weapons (TPNW) even as the treaty reached the 50 accessions needed to enter into force in January 2021.

The United States cast one of two votes, along with North Korea, against the resolution on the 1996 Comprehensive Test Ban Treaty (CTBT), citing unproven claims that Russia and China continue to conduct nuclear weapons test explosions. This was the first time the United States did not abstain from the vote, which fueled concerns that the Trump administration could be planning to resume nuclear weapons testing, as The Washington Post first reported in May. The United States was also the sole vote against the resolution on the Arms Trade Treaty for the second year in a row. President Donald Trump announced in April 2019 that Washington would drop out of the treaty.

Resolutions in support of the implementation of the Mine Ban Treaty and the Convention on Cluster Munitions passed with no votes against, representing continued widespread support for those initiatives. The resolution on a nuclear-weapon-free zone in the Middle East also passed 169–2–1, with only the United States and Israel voting against it.

As in previous years, First Committee member states were unable to reach consensus on a legal approach to regulating arms in outer space. Five resolutions were introduced on the topic, which reflected highly varied perspectives on disarmament. The United States, Russia, and China each accused others of having intentions to weaponize space while emphasizing their own commitment to developing a legal infrastructure. The First Committee also discussed cybersecurity and emerging technologies.