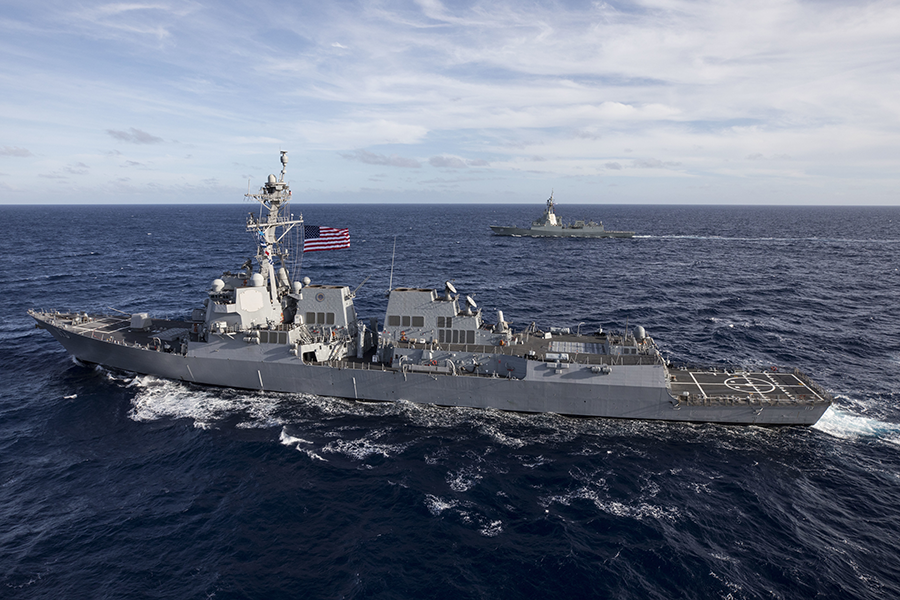 A threat-representative ICBM target was launched from Kwajalein Atoll toward the ocean northeast of Hawaii. The USS John Finn, a destroyer equipped with the Aegis Ballistic Missile Defense (BMD) System, launched the interceptor which destroyed the target warhead, the MDA said. The test modeled a potential scenario for the defense of Hawaii.

The test, originally scheduled for May but postponed due to the Covid-19 pandemic, fulfilled a congressional mandate to test the SM-3 Block IIA against an ICBM target before the end of 2020 as required by the fiscal year 2018 National Defense Authorization Act (NDAA). It was the sixth SM-3 Block IIA test from a vessel equipped with the Aegis BMD system.

Vice Admiral Jon Hill called the test “an incredible accomplishment and critical milestone for the Aegis BMD SM-3 Block IIA program” and “a step in the process of determining its feasibility as part of an architecture for layered defense of the homeland.”

Critics have warned that increasing the number of U.S. interceptors capable of intercepting ICBMs could spur Russia and China to enhance the size and capability of their nuclear arsenals.—ANNA KIM