Within weeks of taking office, President Joe Biden and his team will be confronted with dozens of pivotal choices. An under-the-radar but consequential decision facing the new administration will be whether and how to move forward with Trump-era plans to expand the U.S. national missile defense footprint with new sea-based missiles that can shoot down long-range ballistic missiles. 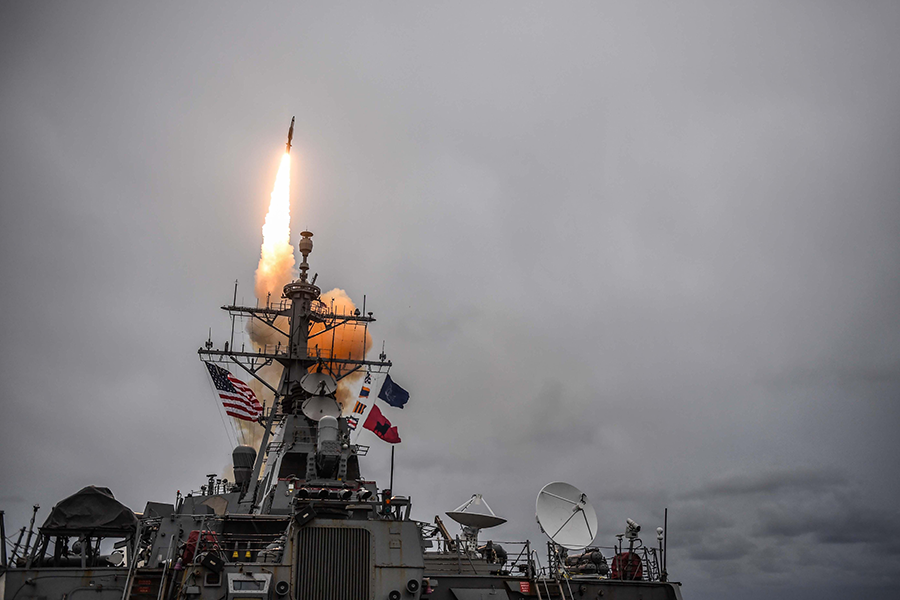 Although the new interceptor, known as the Aegis Standard Missile-3 (SM-3) Block IIA, may help mitigate the ballistic missile threat from North Korea in the near term, it will undoubtedly encourage Russia and China to believe they need to continue to enhance the capability and quantity of their offensive nuclear-armed missiles—and undoubtedly complicate progress on arms control.

Nuclear strategists have long understood that the development and deployment of strategic missile interceptors are ineffective against determined nuclear-armed adversaries but could lead them nonetheless to build more numerous and sophisticated offensive missile systems to overwhelm and evade missile defenses.

To prevent costly and destabilizing missile competition, Washington and Moscow agreed to cap strategic missile interceptors to no more than 100 each under the terms of the 1972 Anti-Ballistic Missile (ABM) Treaty. Those limits facilitated progress on arms control and steep reductions in U.S. and Soviet nuclear forces.

Even after the U.S. withdrawal from the ABM Treaty in 2002, U.S. policymakers have focused for the most part on improving capabilities to address limited missile threats from rogue states. To date, the Pentagon has only managed to field 44 strategic interceptors as part of the Ground-Based Midcourse Defense system. This system would be ineffective against Russia’s arsenal of some 450 land- and sea-based intercontinental ballistic missiles (ICBMs) and China’s arsenal of some 100 ICBMs.

As North Korea has improved its ballistic missile capabilities in recent years, however, Congress has poured billions of dollars more into the Missile Defense Agency to develop, procure, and test additional missile defense capabilities and explore new technologies.

In 2019, the Trump administration’s Missile Defense Review recommended a more robust approach “to further thicken defensive capabilities for the U.S. homeland” to defend against the rogue-state threat. But President Donald Trump declared that the goal is to “ensure we can detect and destroy any missile launched against the United States anywhere, anytime, anyplace.”

Such an approach, if pursued, would represent a major departure from the traditional policy of defending against limited attacks from North Korea or possibly Iran.

On Nov. 17, the Missile Defense Agency tested the SM-3 Block IIA against an ICBM-type target. Current Pentagon plans call for building hundreds of SM-3 Block IIA interceptors by 2030 and deploying them on land and at sea across the globe.

James Miller, a former undersecretary of defense for policy and Biden campaign adviser, told Arms Control Today last year that if the SM-3 Block IIA missile becomes part of the U.S. national missile defense architecture, “we should expect the Chinese nuclear arsenal to grow substantially and Russia to resist reductions—and to prepare seriously to break out.”

As a first step, the new administration should reiterate that U.S. homeland missile defense capabilities will be sized to defend against third-party offensive missile threats, not against more sophisticated Russian and Chinese capabilities.

Such a clarification alone will not be sufficient. Moscow has conditioned further offensive nuclear cuts on future limits on U.S. missile defenses. Russia claims its efforts to develop new intercontinental-range nuclear delivery systems such as an undersea torpedo, hypersonic glide vehicle, and nuclear-powered cruise missile are designed to overcome U.S. missile defenses.

China has already begun to respond to U.S. missile defense capabilities by diversifying its nuclear strike capabilities, including by increasing the number of silo-based ICBMs that are armed with multiple warheads.

U.S. efforts to further limit Russian nuclear weapons and bring China into the arms control process are unlikely to gain traction unless Washington agrees to seriously discuss its long-range missile defense capabilities, including the SM-3 Block IIA. Fielding sufficient missile defenses to defend against limited ballistic attacks from North Korea or Iran and agreeing to binding limits on the quantity, location, and capability of such defenses should not be mutually exclusive.

But doing so will require the Biden administration to move away from the simplistic notion that there should never be any limits on U.S. missile defenses.

Twenty years ago, then-Senator Biden argued for the “development of a theater missile defense that enhances regional stability” and against a strategic missile defense system that “would be seen as threatening by both Russia and China.” Now, as president, Biden has a responsibility to adjust the U.S. missile defense strategy so that it strikes the right balance.