Democratic U.S. lawmakers are considering new measures to increase congressional oversight of U.S. arms exports, notifications of which are reaching record highs in 2020. So far this year, the State Department has formally sent to Congress more than $100 billion in potential arms sales via the Foreign Military Sales (FMS) program to 30 countries plus Taiwan. This total is easily the highest of the Trump administration, and the second highest over more than the past two decades. 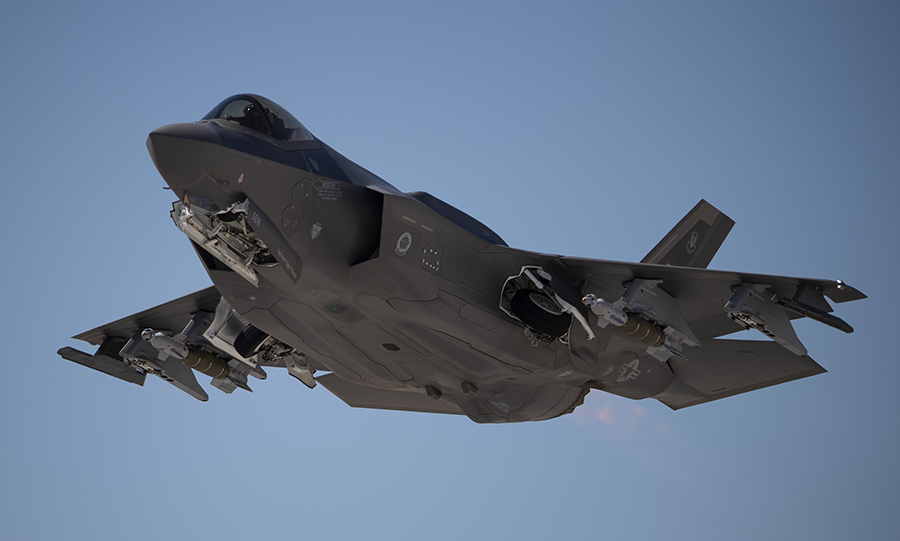 Many additional billions in arms sales also appear to be close to formal notification, which starts a clock during which both chambers of Congress can pass resolutions of disapproval to bar sales agreements. Last year, the Trump administration bypassed the notification clock, leading to multiple efforts from lawmakers to reassert congressional authority into the process, which the president ultimately vetoed. The legislators were particularly concerned over planned weapons sales to Saudi Arabia and the United Arab Emirates. (See ACT, September 2019.)

The most controversial of the as-yet-unofficial deals again involves Abu Dhabi, consisting of an F-35 sale worth billions of dollars. On Oct. 20, Sens. Bob Menendez (D-N.J.), ranking member of the Senate Foreign Relations Committee, and Dianne Feinstein (D-Calif.) introduced legislation that would require presidential certifications that Israel’s qualitative military edge would not be threatened before F-35s could be sold to other countries in the Middle East. Earlier in the month, Menendez and Sen. Jack Reed (D-R.I.), ranking member of the Senate Armed Services Committee, sent 16 questions to the administration asking about national security concerns regarding such sales.

Some analysts have speculated that the proposed sale is a benefit to the UAE for its signature of the Abraham Accords in September to normalize relations with Israel. Despite official denials of such a link, the senators wrote that “the administration’s attempt to move at breakneck speed so close to this announcement would give the appearance that it was.” Shortly after the accords were announced, rumors also circulated of many additional sales for countries in the Middle East, with media speculating on new deals for Israel and Qatar.

Fighter aircraft sales account for the greatest share of official export notifications this year, with the long-anticipated potential sale of more than 100 F-35s to Japan, valued at more than $23 billion, the single-highest proposed transfer. Sales of advanced aircraft to Finland and Switzerland added another roughly $40 billion to the 2020 FMS annual total. Those notifications, made as part of international competitive bids, included two separate packages for each country, only one of which will be accepted, if at all, by Helsinki and Bern.

In April, separate packages valued at $1.5 billion and $450 million were presented to Congress as part of a competition to provide attack helicopters to the Philippines. On June 10, 19 members of Congress, led by Rep. Ilhan Omar (D-Minn.), sent a letter to Defense Secretary Mark Esper and Secretary of State Mike Pompeo expressing human rights concerns about arms sales to the Philippines and other countries, including Egypt, Hungary, India, and the UAE. (See ACT, June 2020.)

In February, Omar introduced what is one of a growing number of legislative proposals that would change how the United States factors human rights into arms trade decisions. Her bill titled “Stop Arming Human Rights Abusers Act” would establish human rights and international humanitarian law-based triggers, the violation of which lead to prohibitions on arms sales.

In September, Menendez with Sens. Patrick Leahy (D-Vt.) and Tim Kaine (D-Va.) introduced a bill titled “Safeguarding Human Rights in Arms Exports (SAFEGUARD) Act of 2020,” which would elevate human rights considerations in arms trade. It would require that certain weapons be sold under the FMS program, rather than the Direct Commercial Sales (DCS) program that generally has less public transparency and accounts for a growing share of U.S. arms sales. It would also remove minimum dollar-value thresholds on congressional notifications to certain countries. 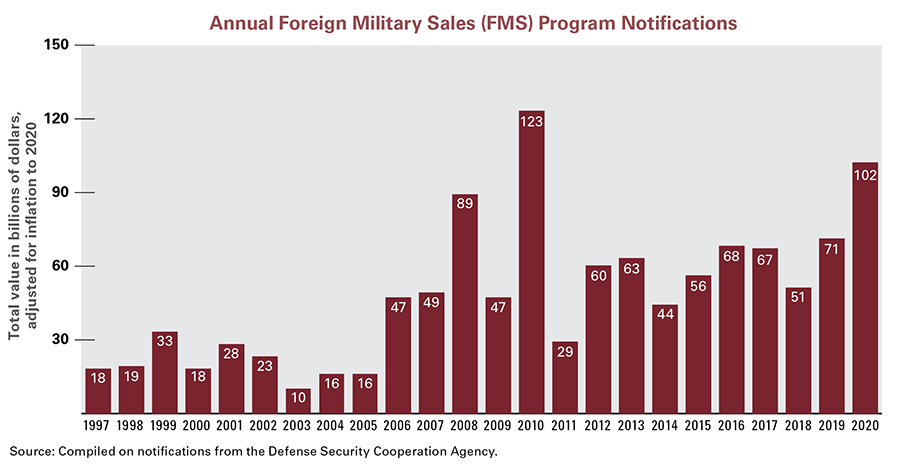 Many of these proposed changes would address issues recently raised by the State Department Office of Inspector General. In an August report examining last year’s emergency arms sales, the office found many of the weapons were being sold via the DCS program and that more than $11.2 billion in approved transfers between January 2017 and late 2019 were below the threshold for congressional notification. (See ACT, September 2020.)

Also in September, Sen. Patty Murray (D-Wash.) introduced a bill titled “Values in Arms Export Act of 2020,” which would make human rights and international humanitarian law requirements more explicit in arms agreements, create prohibitions based on violations and list Saudi Arabia and the UAE as countries of concerns, establish an independent oversight board, and make it easier for Congress to raise resolutions of disapproval.

Another approach, thus far primarily discussed publicly among the policy community, is to “flip the script” so that Congress must proactively approve select arms sales. The concept, based in part on legislation proposed in 1986 by then-Sen. Joe Biden (D-Del.), would mark a major shift because Congress would no longer need to have a veto-proof majority to block a sale.