Following weeks of consultations, members of the Preparatory Commission for the Comprehensive Nuclear-Test-Ban Treaty Organization (CTBTO) agreed in October to resolve a dispute over which states-parties that are in financial arrears to the organization are eligible to vote to select the organization’s executive secretary. The agreement clears the way for members to decide in late November who will lead the organization after July 31, 2021, when current agency leader Lassina Zerbo will have completed his second four-year term. 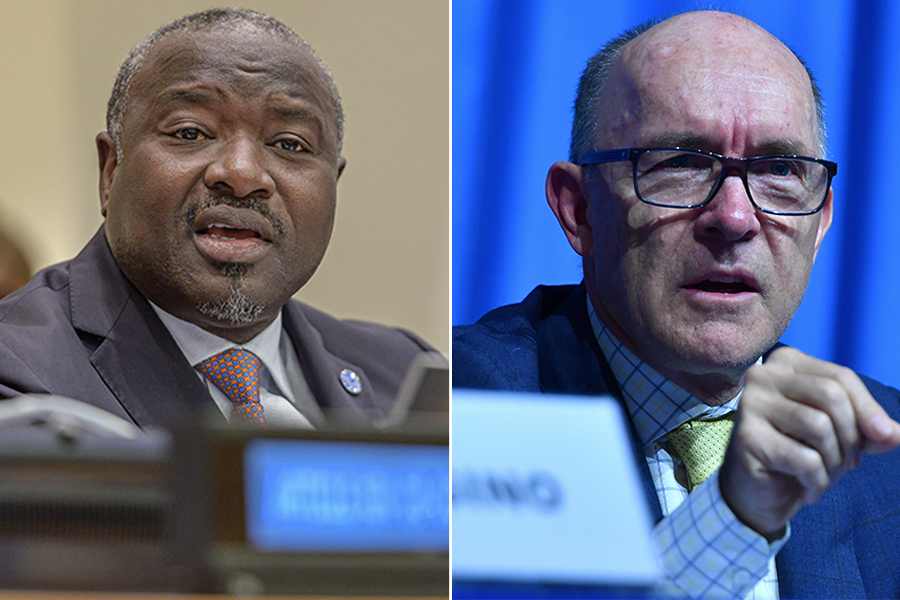 The Vienna-based CTBTO is tasked with building up and operating the treaty’s global verification regime in preparation for the treaty’s entry into force, as well as promoting its entry into force. The organization has an annual budget of $128 million that comes from member state contributions assessed on the UN dues scale. More than 70 nations were behind in their dues in July, a larger number than usual, in part due to the economic impacts of the COVID-19 global pandemic. According to the treaty, nations that have extensive arrears may not vote in CTBTO decisions.

After failing to resolve the voting rights issue earlier this year, CTBTO members voted on Oct. 12 on three proposals to enable some nations to vote. (See ACT, September 2020.) Of the states that are behind in their financial contributions to the organization, 29 filed for exceptions due to exceptional circumstances in order to be granted voting rights for the executive secretary selection process.

An African Group proposal that would have allowed all 29 state signatories to vote who applied to the CTBTO with relevant requests failed to secure the two-thirds majority necessary for adoption. The vote was 35–42, with 12 abstentions.

Russia advanced a compromise proposal that would have restored voting rights to 15 of the 29 that are either in partial arrears; have negotiated a payment plan, such as Afghanistan, Gambia, Iran, Libya, and Sudan; or, in the case of Yemen, are engaged in a civil war. The United States voiced strong opposition to this proposal, apparently because it would have granted voting rights to Iran. The vote on the second proposal also did not reach the necessary two-thirds majority, with 43 in favor, 42 opposed, and 14 abstentions. France, Germany, and Switzerland, which had rejected the first proposal, split with the United States and voted in favor of Russia’s proposed formula.

A Canadian proposal that aimed to restore voting rights for nine states dealing with exceptional circumstances was approved 52–20, with 16 abstentions. The nine countries include Afghanistan, Comoros, Ecuador, Libya, Panama, Peru, Sudan, and Yemen. The original proposed list included Botswana, but it settled its arrears by the time of the vote on the proposal, and its voting rights were automatically restored, according to an email from the CTBTO secretariat to Arms Control Today.

The decision brings the number of countries with voting rights for the organization’s next executive secretary to 123.

According to an Oct. 12 diplomatic note from the CTBTO chair, there are two candidates for the position of executive secretary: incumbent Lassina Zerbo and Robert Floyd, who was formally nominated by Australia ahead of an Oct. 9 deadline. Floyd is currently the director-general of the Australian Safeguards and Non-Proliferation Office, which oversees operation of the 23 CTBTO International Monitoring System stations located on Australian territory.