The tenth review conference of the nuclear Nonproliferation Treaty (NPT) has been postponed until August 2021, according to the United Nations. Originally scheduled to begin in April 2020 at UN headquarters, the review conference has been repeatedly delayed by the COVID-19 pandemic. (See ACT, April 2020.) 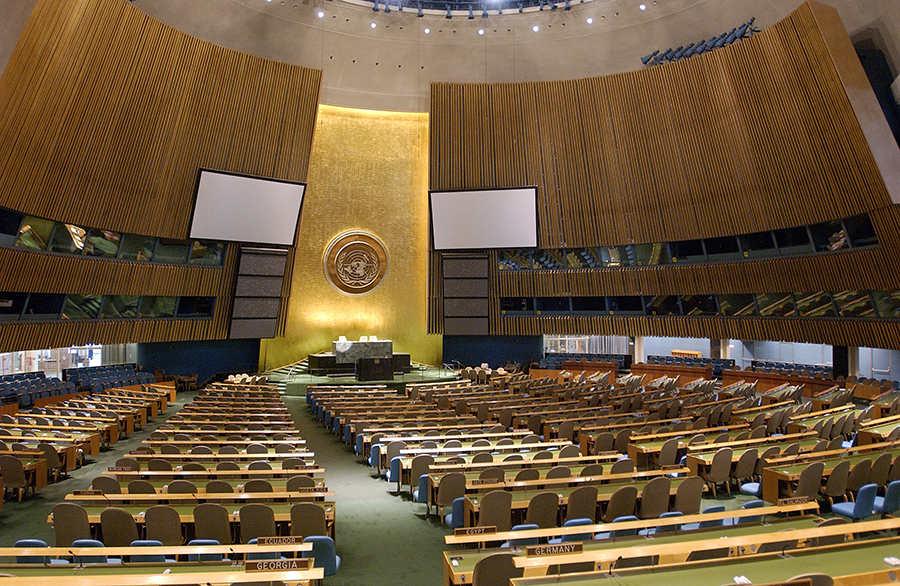 Conference president Gustavo Zlauvinen of Argentina wrote to NPT states in late October that he “will request the [UN] Secretariat to book the necessary facilities and conference services for the period 2–27 August 2021 for the holding of the tenth NPT review conference at United Nations Headquarters, consistent with the review conference’s original requirements.” Zlauvinen requested a decision under the silence procedure with a deadline of Oct. 28.

In an October communication, Zlauvinen, who also serves as Argentina’s deputy foreign minister, had originally sought to reschedule the conference during Jan. 4–29. Those dates, however, proved difficult for many governments, according to diplomatic sources who spoke with Arms Control Today. In addition, the pandemic still makes it impractical to hold large meetings in the near future, they noted.

In his most recent communication, Zlauvinen noted that the new August 2021 dates are based “on the assumption that conference facilities and operations at UN Headquarters have fully returned to the pre-pandemic levels and with the understanding that it can only be confirmed at a later date, when all UN official mandated meetings have been programmed.”

The review conference typically involves hundreds of representatives from most of the 191 states-parties to the treaty, as well as nongovernmental organizations and meeting support personnel. The conference, which will take place 51 years after the NPT entered into force, is designed to review implementation and compliance with the treaty and seek agreement on action steps to overcome new challenges and fulfill core treaty goals and objectives.—DARYL G. KIMBALL