The Treaty on the Prohibition of Nuclear Weapons (TPNW), which will enter into force Jan. 22, marks a new, hopeful phase in the long-running struggle to prevent nuclear war and eliminate nuclear weapons. It comes at a time when the risk of nuclear war is rising, the world’s major nuclear-armed states are failing to meet their nuclear disarmament obligations, and public attention is focused on other global threats. The TPNW has the potential to stimulate further action on disarmament and take us closer to a world without nuclear weapons. 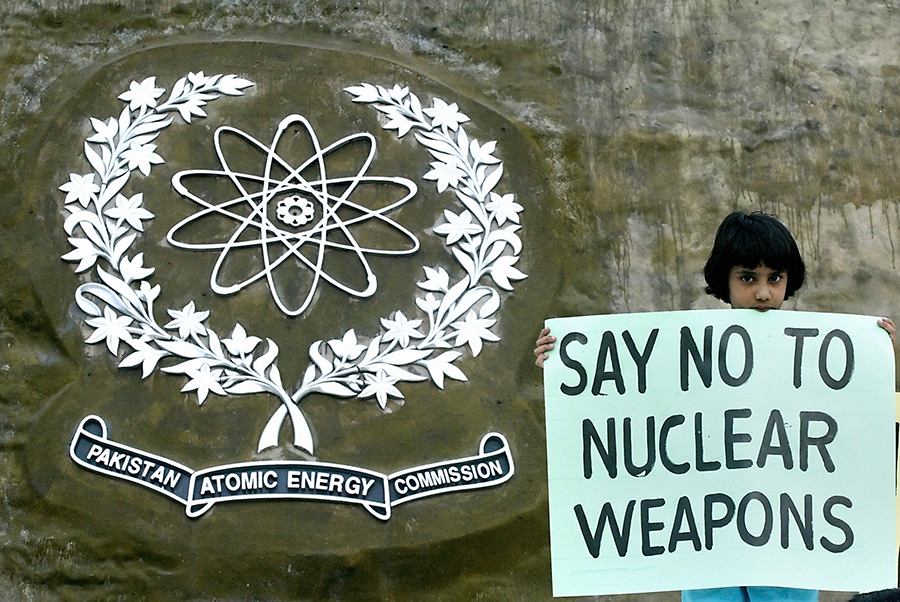 For the first time since the invention of the atomic bomb, nuclear weapons development, production, possession, use and threat of use, and the stationing of another country’s nuclear weapons on a state-party's national territory are all expressly prohibited in a global treaty. The TPNW also requires, for the first time, that states-parties provide victim assistance and environmental remediation to those affected by nuclear weapons use and testing.

The TPNW complements other nonproliferation and disarmament instruments. The new treaty contributes to meeting the obligation of all states-parties to the 1968 nuclear Nonproliferation Treaty (NPT) to “pursue negotiations in good faith on effective measures relating to cessation of the nuclear arms race at an early date and to nuclear disarmament.” The TPNW also strengthens the nonproliferation norm enshrined in the NPT by legally obliging states-parties to keep in place their safeguards obligations with the International Atomic Energy Agency at the time of entry into force.

The TPNW also reinforces the ban against nuclear testing established by the 1996 Comprehensive Test Ban Treaty (CTBT), which prohibits “any nuclear weapon test explosion or any other nuclear explosion.” The CTBT has been signed by 184 states.

The new treaty, which was negotiated in 2017 at the United Nations by a group of more than 120 non-nuclear-weapon states, reflects the fact that, for the majority of the world’s states, nuclear weapons and the policies that threaten their use for any reason are immoral, dangerous, and unsustainable. The TPNW is a powerful challenge to nuclear deterrence orthodoxy, which incorrectly and dangerously assumes that military postures that threaten use of nuclear weapons can be perfectly managed, even in a crisis, and will never fail to prevent the outbreak of nuclear war.

Sadly but not surprisingly, leaders of the five largest and oldest nuclear-armed states, which cannot agree on how to meet their own disarmament obligations, are trying to undermine the growing global support for the TPNW even as they modernize their arsenals and arrogantly insist that their national defense requires threatening the mass annihilation of innocent people with nuclear attack and imperiling countless others not party to any conflict. Such tactics are counterproductive and divisive.

Even though the current governments of these countries and of the four other nuclear-armed states (India, Israel, North Korea, and Pakistan) may not yet be ready join the TPNW, they would be better served to publicly recognize its arrival as a good faith effort by the majority of states to eliminate the nuclear danger and build up the legal framework for the elimination of nuclear weapons.

The United States carries the greatest responsibility in this regard. It ushered in the nuclear age and is the only country to have used nuclear weapons in war. As a democracy, it also should respect public will. According to a U.S. poll conducted in July by the Chicago Council Survey, 66 percent believe that “no country should be allowed to have nuclear weapons,” which is exactly the vision outlined by the TPNW.

Now that the treaty exists, all states, be they prohibition treaty opponents, supporters, skeptics, or undecided, must learn to live with it responsibly and find creative ways to move forward together on advancing new, effective disarmament measures. For example, Washington should bring home its tactical nuclear weapons from bases in Belgium, Germany, Italy, the Netherlands, and Turkey as a step toward enabling these countries to join the TPNW and eliminating all battlefield nuclear weapons.

Other measures to consider include freezing the size of nuclear arsenals and fissile material stockpiles; concluding a multilateral agreement on no first use of nuclear weapons; securing the ratifications needed to bring the CTBT into force; reviving the U.S.-Russian disarmament process, beginning with a five-year extension of the New Strategic Arms Reduction Treaty; banning the introduction of new nuclear weapons; and concluding legally binding commitments not to target or threaten non-nuclear-weapon states. They can begin next year at the 10th NPT Review Conference, now delayed until 2021.

No treaty is perfect, and no treaty can solve all our problems of global and national security, but the TPNW can be made a necessary part of preventing our worst nuclear nightmares from becoming a reality.