“[My time at ACA] prepared me very well for the position that I took following that with the State Department, where I then implemented and helped to implement many of the policies that we tried to promote.”
– Peter Crail
Business Executive for National Security
June 2, 2022
November 2020 Books of Note 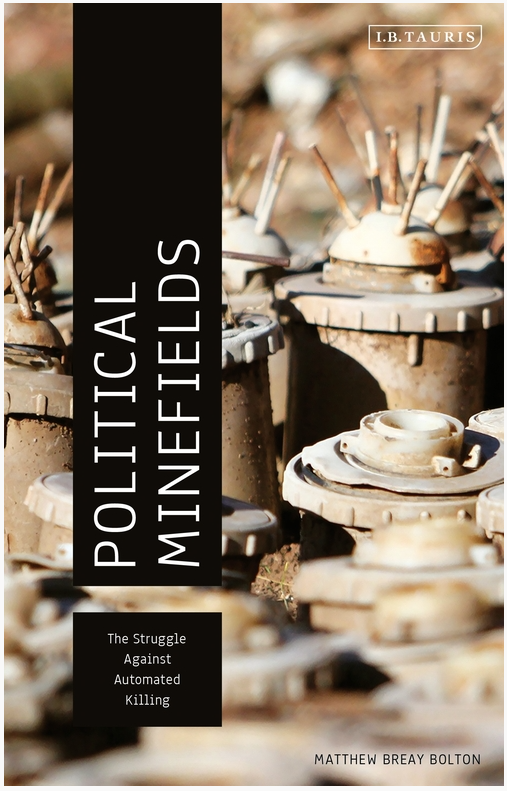 In a book that at times reminds of a travel log, Pace University’s Matthew Breay Bolton begins his examination of “automated killing” with a mine detonation in Bosnia. From that controlled explosion, undertaken as part of a demining effort, Bolton also brings readers to Afghanistan, Cambodia, Laos, Sudan and South Sudan, as well as the United States and United Nations, with a lens showing that minefields and other weapons that enable remote warfare are also traps for those who use them.

With a forward written by Nobel Peace-Prize winner Jodi Williams, the book details meetings with civil society leaders, many of whom have been injured by these weapons. Bolton does not hide that he is also part of the international community that champions humanitarian disarmament approaches, but he maintains a critical distance as he describes the history of the use of landmines and cluster munitions, and the ongoing development of artificial intelligence-enabled autonomous weapons, often pointing to the tough political and security dilemmas faced by fearful belligerents.

Conscientious that as a white Western man his “presence has not been unambiguously helpful,” Bolton’s thoughtful first-person acknowledgement of the need to avoid hubris and to listen to those affected is particularly timely as the arms control community more fully grapples with social justice issues.
—JEFF ABRAMSON

The substantial modernization of nuclear weapons programs underway in possessor states indicates an elevation in the primacy and salience of nuclear forces in international security. The development of new capabilities, the intermingling of new technologies, and the advancement of new strategic models also feed into the growing importance of nuclear weapons on the world stage and carry strategic and policy implications for global security.

By unpacking and examining these issues, this 222-page collection of expert analyses aims to provide both a technical context and a frame for viewing the various effects of modernization by nuclear-weapon states on their relations with one another and both vertical and horizontal nonproliferation efforts. The book should spark debate as to how nuclear modernization might change, for good or for ill, the calculus of international security in the 21st century.—SHANNON BUGOS