North Korea slammed the United States on the two-year anniversary of the inaugural summit between North Korean leader Kim Jong Un and U.S. President Donald Trump, which was held in Singapore in 2018. “Never again will we provide the U.S. chief executive with another package to be used for achievements without receiving any rewards,” North Korean Foreign Minister Ri Son Gwon warned in a statement published June 12 by the state-run Korean Central News Agency (KCNA). “Nothing is more hypocritical than an empty promise.” 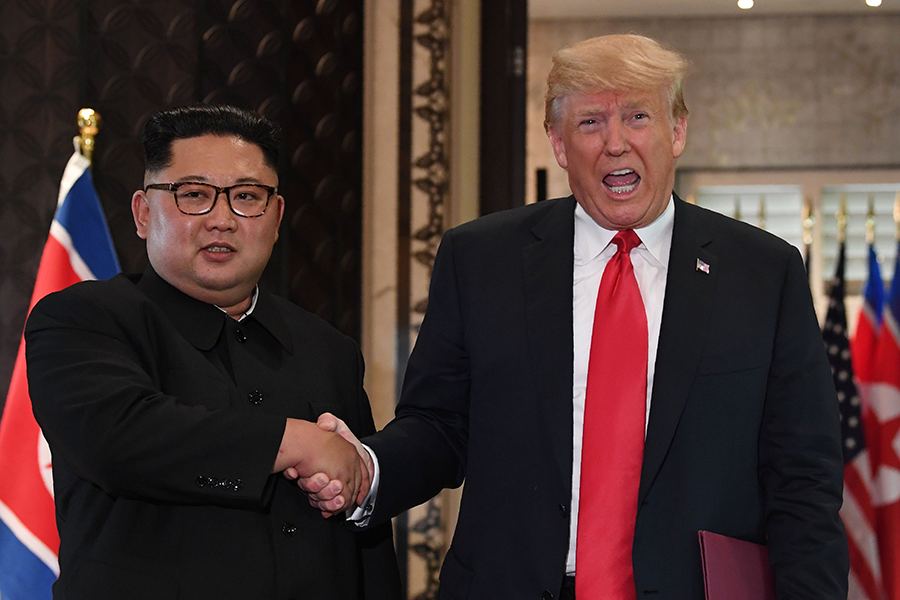 Rather than continue to take steps to promote diplomacy with the United States, as North Korea did in 2018 when it introduced a self-imposed moratorium on nuclear and long-range missile testing, Pyongyang is now determined to “build up a more reliable force to cope with the long-term military threats” from the United States, Ri said. After introducing the moratorium, Kim met with Trump twice in 2019, in Vietnam in February and Panmunjom in June. North Korean officials also met with a U.S. delegation for a round of working-level talks in October. (See ACT, November 2019.)

Without discernible progress toward constructing a peace regime or an agreement on the terms of North Korea’s denuclearization, Pyongyang formally renounced its testing moratorium in January 2020. (See ACT, January/February 2020.) Since then, North Korea has not tested any long-range missiles, but has tested a host of shorter-range systems.

According to Ri, the United States “professes to be an advocate for improved relations” with North Korea, “but in fact, is hell-bent on only exacerbating the situation. As a result, the Korean peninsula has now turned into the world’s most dangerous hotspot haunted uninterruptedly by the ghost of nuclear war.” Further condemning the Trump administration’s approach, he suggested that Washington’s efforts to improve bilateral relations between the United States and North Korea are a ruse for regime change in Pyongyang.

“Unless the 70-plus-year deep-rooted hostile policy of the U.S. towards [North Korea] is fundamentally terminated, the U.S. will as ever remain to be a long-term threat to our state, our system, and our people,” he said.

Ri’s remarks in his June 12 statement are consistent with other announcements recently broadcast through the KCNA. On May 24, the outlet reported that Kim presided over a meeting of North Korean military officials who discussed national efforts to bolster the country’s armed forces. The meeting concluded with a pledge to implement “new policies for further increasing the nuclear war deterrence of the country and putting the strategic armed forces on high alert.”

U.S. National Security Advisor Robert O’Brien, during a May 24 interview with CBS News, said the United States was monitoring developments related to that meeting. He remarked that the United States would continue reaching out to North Korea and, in reference to bouts of bilateral talks and leader summits between the two countries, noted that “the president is engaged in some excellent personal diplomacy” with Kim. O’Brien also reiterated the Trump administration’s position that North Korea must surrender its nuclear weapons program in order to “reenter the world” and bolster its economy.

In March, Pyongyang made clear it was disinterested in further diplomacy with Washington. (See ACT, May 2020.) Where a diplomatic path to achieving North Korean denuclearization, peace on the Korean peninsula, and a strengthened relationship between the United States and North Korea once seemed possible, the North now seems to have shifted its efforts to defend against U.S. aggression. Kwon Jong Gun, who directs the Department of U.S. Affairs within the North Korean Foreign Ministry, said on June 13, “I want to make it clear that we will continue to build up our force in order to overpower the persistent threats from the United States.”

“It is better to stop a nonsensical thinking about denuclearization,” Kwon warned.