The Trump administration is considering a range of options to prevent the October 2020 expiration of a UN embargo that restricts arms sales to and from Iran. If multilateral efforts to renew the embargo fail, the administration will likely attempt to argue that the United States remains a participant of the 2015 Iran nuclear deal so that Washington can exercise a Security Council provision to block the embargo’s expiration. 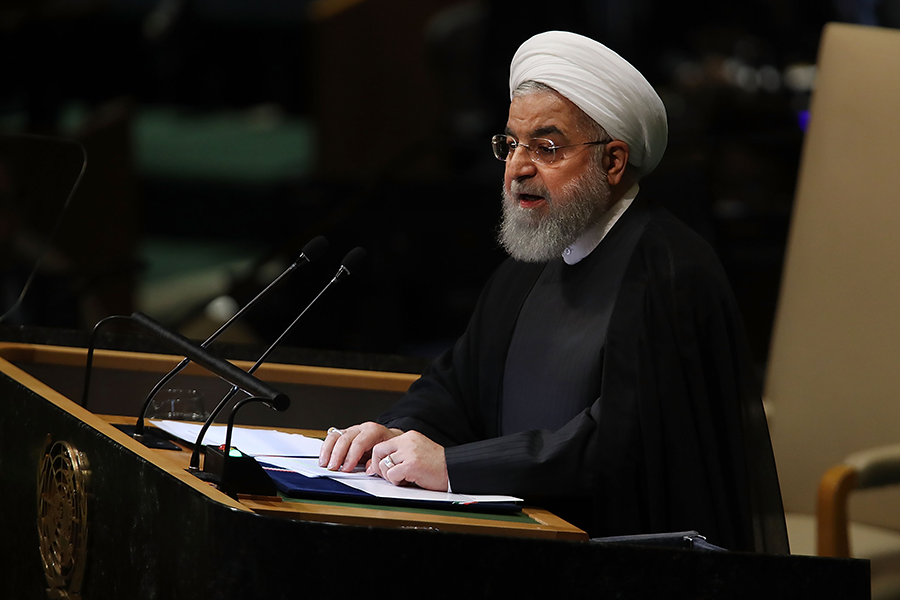 The embargo’s expiration date is included in Resolution 2231, which endorses and helps implement the 2015 nuclear deal, formally called the Joint Comprehensive Plan of Action (JCPOA). Under a resolution provision, listed participants of the nuclear deal are granted the ability to invoke a sweeping “snapback” of all UN restrictions that were lifted or would be lifted by the agreement, including the embargo. The United States formally abrogated the JCPOA in May 2018, but Resolution 2231 was never amended to reflect the U.S. withdrawal and still names the United States as among the JCPOA participants that have the right to invoke the snapback mechanism.

Reinstating sanctions and restrictions through Resolution 2231 would extend the embargo indefinitely. Doing so, by also reimposing all other UN sanctions and restrictions on Iran, would likely collapse the JCPOA and tie the hands of a future U.S. president seeking to return to the multilateral nuclear deal. Iranian President Hassan Rouhani said on May 6 that “Iran would never accept the extension of an arms embargo” and warned that “Iran will give a crushing response if the arms embargo on Tehran is extended.”

Earlier this year, Iranian Foreign Minister Javad Zarif also threatened that Iran would withdraw from the nuclear Nonproliferation Treaty altogether if referred to the Security Council over its nuclear program and faced with the reimposition of UN sanctions. (See ACT, March 2020.)

Whispers of the Trump administration’s plan to claim participation in the deal in order to exercise the snapback mechanism began in late 2019, when an internal legal memo that circulated within the State Department reportedly detailed “a legally available argument we can assert that the United States can initiate the snapback process” under Resolution 2231.

Washington “will exercise all diplomatic options” to extend the embargo, said U.S. Secretary of State Mike Pompeo on May 9, after receiving a congressional letter urging the administration to pursue diplomatic measures to prevent the embargo’s expiration. More than three-quarters of the members of the U.S. House of Representatives signed the May 4 bipartisan letter co-sponsored by Foreign Affairs Committee Chairman Eliot Engel (D-N.Y.) and Rep. Michael McCaul (R-Texas), the committee’s ranking member. The House letter does not mention the JCPOA or the Resolution 2231 snapback process, but according to a May 4 statement by Engel, “[T]his letter, supported overwhelmingly by both parties in the House, represents an imperative to reauthorize this provision—not through snapback or going it alone, but through a careful diplomatic campaign.”

The administration has indicated it will pursue a standalone Security Council resolution establishing a new arms embargo on Iran first, but that measure will almost certainly be vetoed by one of the other four JCPOA participants who have permanent membership and veto power on the UN Security Council.

In that case, the United States has hinted its intent to invoke the snapback provision in Resolution 2231, which cannot be vetoed. The State Department’s special representative for Iran, Brian Hook, confirmed in a May 13 opinion piece for The Wall Street Journal that the administration drafted a standalone Security Council resolution to extend the embargo and is hoping it will pass, but said that “if American diplomacy is frustrated by a veto, however, the U.S. retains the right to renew the arms embargo by other means.”

The United States has not yet formally introduced its draft of a standalone resolution to the Security Council.
The Trump administration reportedly shared sections of that draft with European members of the nuclear deal
in February 2020.

According to Hook, “[T]he Trump administration’s preferred strategy is for the Security Council to extend the arms embargo while the U.S. continues to apply maximum economic pressure and maintains deterrence against Iranian aggression.” But, he said, if the United Nations “doesn’t renew the arms embargo against Iran, the U.S. will use its authority to do so.”

It is not clear whether the Trump administration’s move to reinstate sanctions through Resolution 2231 would succeed. Should the United States attempt to exercise the snapback mechanism and unilaterally block the expiration of the arms embargo, it is highly likely that the remaining parties to the nuclear deal (China, France, Germany, Russia, the United Kingdom, and the EU) will strive to delegitimize the U.S. legal argument in order to preserve the JCPOA.

Although the Europeans appear to share Washington’s concerns about Iran’s arms trade, they have made clear they do not support steps to extend the embargo that could lead to the JCPOA’s collapse. EU Foreign Policy Chief Josep Borrell said on April 30 that Europe does not consider the United States a participating member of the 2015 nuclear deal. A second European official said the same day that France, Germany, and the UK would not condone extending the embargo through the Resolution 2231 snapback clause because “the arms embargo is a legitimate part of the JCPOA.”

Vassily Nebenzia, Russian ambassador to the UN, said on May 12 that the United States “has lost any right” to snapback UN restrictions under Resolution 2231. China’s UN mission bluntly tweeted on May 14 that the United States “failed to meet its obligations under Resolution 2231 by withdrawing” from the JCPOA and that “it has no right to extend an arms embargo on Iran, let alone to trigger snapback.” Together, statements from Russia and China make clear that Moscow and Beijing will counter any U.S. efforts to extend the embargo through a standalone resolution or through invocation of the snapback mechanism.

The Trump administration appears determined to prevent the expiration of the UN embargo, but if the United States fails to do so, many key restrictions governing arms sales to and from Iran will remain in place. Iranian arms sales to nonstate actors in Yemen and Lebanon will continue to be subject to U.S. and UN restrictions, even if the embargo expires as scheduled in October 2020.