The Trump administration’s fiscal year 2021 budget request released in February proposes a major increase to sustain and modernize the U.S. nuclear arsenal, prompting fresh questions about whether the spending plans are necessary or sustainable. The budget goals also fueled growing alarms about the challenge they may pose to other defense priorities. 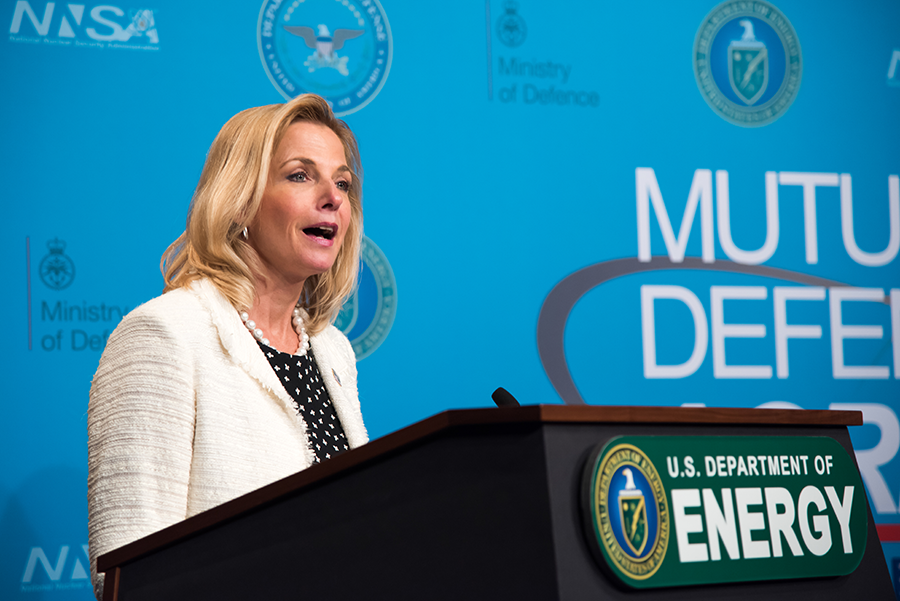 The request would support continued implementation of the 2018 Nuclear Posture Review (NPR), which called for expanding U.S. nuclear weapons capabilities, and comes as the administration is recommending a lower national defense budget top line in fiscal year 2021 than Congress provided last year.

Congress will begin its review of the request in the coming weeks, but the ultimate fate of the submission is unlikely to be determined until after the presidential election in November. Last year, Congress supported the administration’s nuclear spending priorities despite opposition from the Democratic-led House. (See ACT, January/February 2020.)

The Trump administration is requesting $44.5 billion in fiscal year 2021 for the Defense and Energy departments to sustain and modernize U.S. nuclear delivery systems and warheads and their supporting infrastructure, an increase of about $7.3 billion, or 19 percent, from the fiscal year 2020 level. (See ACT, April 2019.) This includes $28.9 billion for the Pentagon and $15.6 billion for the Energy Department.

The proposed spending on nuclear weapons constitutes about 6 percent of the total national defense request, up from about 5 percent last year.

“The president was very clear to me, to the Pentagon, to the Hill, that modernization of our strategic nuclear forces is priority number one,” Defense Secretary Mark Esper said on Feb. 19.

The largest increase sought is for the nuclear weapons activities account of the Energy Department’s semiautonomous National Nuclear Security Administration (NNSA). The budget request calls for $15.6 billion, an increase of $3.1 billion, or 25 percent, above the fiscal year 2020 appropriation and $2.8 billion above the projection for 2021 in the fiscal year 2020 budget request.

The NNSA had not released its detailed fiscal year 2021 budget request by Feb. 26, but it would increase funding for several ongoing nuclear warhead life extension programs, a new program for a future submarine-launched ballistic missile warhead dubbed the W93, and the expansion of the production of plutonium pits for nuclear warheads to at least 80 per year, NNSA Administrator Lisa-Gordon Hagerty told reporters in Washington
on Feb. 10.

The NNSA budget submission was reportedly a controversial issue within the Trump administration and was not resolved until days before the Feb. 10 public release of the budget. Gordon-Hagerty’s budget proposal of nearly $20 billion for the agency was opposed by the White House Office of Management and Budget (OMB), which countered with $17.5 billion, according to a report published in late January by The Dispatch, a digital news publication.

Several administration officials, including Energy Secretary Dan Brouillette, were said to support the lower amount, and the budget was built based on that figure.

Gordon-Hagerty, joined by several Republican members of Congress, resisted the OMB figure, warning that a budget of $17.5 billion would undermine the modernization plan described in the NPR and force the United States to unilaterally reduce the size of the U.S. nuclear arsenal.

President Donald Trump ultimately sided with the NNSA and approved a total of $19.8 billion for the agency.

The factors driving the NNSA to request such a large unplanned increase are unclear. The agency said last year that its fiscal year 2020 budget plan was “fully consistent” with the 2018 NPR and “affordable and executable.” (See ACT, September 2019.) Under that proposal, the NNSA did not plan to request more than $15 billion for the weapons activities account until 2030. It is also unclear whether the NNSA could spend such a large increase in one year.

Trump’s support for increasing the NNSA budget forced a late scramble to make room for the higher amount. “I can tell you that [the Defense Department] is covering the cost for this increase,” Brouillette told Defense News on Feb. 16.

Although he did not identify the specific accounts that were cut, the Navy’s shipbuilding account was one of the causalities, according to a Bloomberg report on Feb. 6. The Navy is requesting $19.9 billion for shipbuilding in fiscal year 2021, a decrease of $4.1 billion below the fiscal year 2020 level.

“It is the worst-kept secret in Washington that last-minute maneuvering led to the shipbuilding budget being robbed to pay for other pet projects,” said Rep. Joe Courtney (D-Conn.), the chairman of the House Armed Services seapower and projection forces subcommittee, in a Feb. 10 statement.

Meanwhile, the budget request contains large but planned increases to maintain the schedule of Pentagon programs to sustain and rebuild the U.S. triad of nuclear-armed missiles, submarines, and bombers.

The request includes $4.4 billion for the Navy program to build 12 Columbia-class ballistic missile submarines (SSBNs). The Air Force is seeking $2.8 billion to continue development of the B-21 Raider strategic bomber, $500 million for the long-range standoff weapons program to replace the existing air-launched cruise missile, and $1.5 billion for the program to replace the Minuteman III intercontinental ballistic missile with a missile system called the Ground-Based Strategic Deterrent. The Pentagon is also asking for $4.2 billion to sustain and upgrade nuclear command, control, and communications systems.

Collectively, the request for these programs is an increase of $3.2 billion, or more than 30 percent, above the fiscal year 2020 level.

The SSBN program, which is estimated to cost a total of $128 billion to acquire, poses a particularly significant affordability challenge. The fiscal year 2021 budget request includes funding to purchase the first submarine in the class over the next three years.

“[W]e must begin a 40-year recapitalization of our [SSBN] force,” Acting Secretary of the Navy Thomas Modly wrote in a Feb. 18 memo directing the Navy to identify $40 billion in savings over the next five years.

“This requirement will consume a significant portion of our shipbuilding budget in the coming years and squeeze out funds we need to build a larger fleet.”