The U.S. Navy has fielded a low-yield nuclear warhead for some of its submarine-launched ballistic missiles for the first time, the Defense Department confirmed in February. The move, first proposed in the Trump administration’s 2018 Nuclear Posture Review (NPR) report, “strengthens deterrence and provides the United States a prompt, more survivable low-yield strategic weapon,” said John Rood, undersecretary of defense for policy, in a Feb. 4 statement. 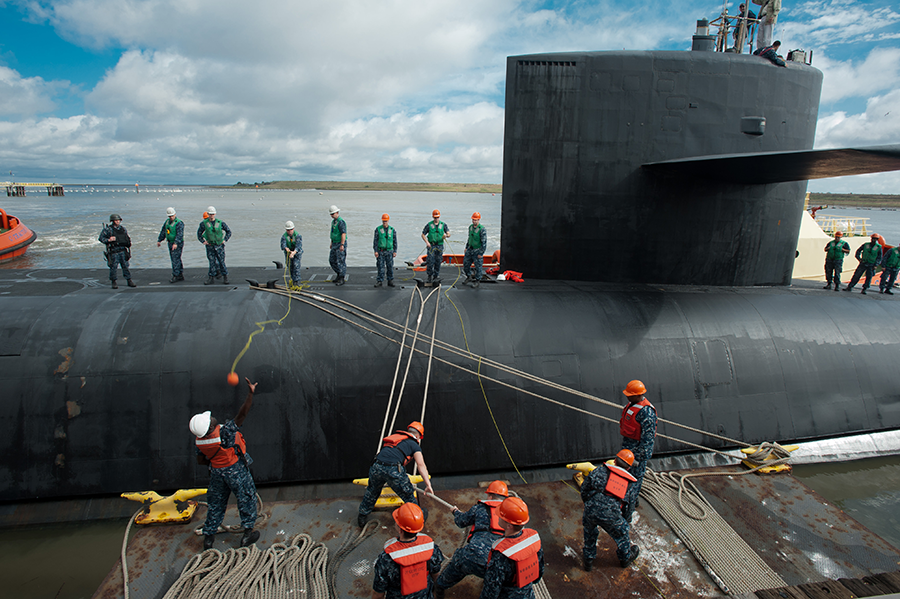 The new type of warhead, called the W76-2, “demonstrates to potential adversaries that there is no advantage to limited nuclear employment because the United States can credibly and decisively respond to any threat scenario,” Rood added. The warhead is estimated to have an explosive yield of five kilotons, roughly one-third the yield of the bomb that the United States dropped on Hiroshima in 1945, according to the Federation of American Scientists.

Defense Secretary Mark Esper said on Feb. 7 that “the bottom line” is that the new warhead gives the president “options [that will] allow us to deter conflict” and “if necessary…fight and win.”

The NPR report said the W76-2 would “ensure a prompt response option that is able to penetrate adversary defenses” and “help counter any mistaken perception of an exploitable ‘gap’ in U.S. regional deterrence capabilities.” The report argued that the low-yield warhead would counter Russia’s alleged “escalate-to-deescalate” strategy of threatening to employ tactical nuclear weapons in a conventional confrontation so as to deter further aggression and deescalate the conflict “on terms favorable to Russia.” Moscow denies having this strategy.

Russia criticized the new warhead’s deployment. The decision “reflects the fact that the United States is actually lowering the nuclear threshold and that they are conceding the possibility of them waging a limited nuclear war and winning this war. This is extremely alarming,” said Deputy Foreign Minister Sergey Ryabkov on Feb. 5.

“This destabilizing deployment further increases the potential for miscalculation during a crisis,” Smith said in a Feb. 4 statement.

Rep. Mac Thornberry (R-Texas), the panel’s ranking member, supported the deployment, saying that the weapon “enhances U.S. deterrence and tells Russia that any attempt to use nuclear weapons as part of an escalate-to-deescalate approach will not
be successful.”

Although the W76-2 was a controversial issue in Congress in 2019, lawmakers ultimately approved the Trump administration’s request for nearly $30 million to support fielding of the warhead in fiscal year 2020. (See ACT, January/February 2020.)

The Federation of American Scientists first reported on Jan. 29 that the W76-2 had been deployed at the end of 2019 on the USS Tennessee, a nuclear-powered ballistic missile submarine based at Kings Bay Submarine Base in Georgia.

The National Nuclear Security Administration (NNSA) announced in February 2019 the successful completion of the first warhead at the Pantex plant in Texas and stated that it was on track to “deliver the units” to the U.S. Navy by the end of fiscal year 2019. The Federation of American Scientists estimates that the NNSA has since produced about 50 W76-2 low-yield warheads.