More than 140 states have endorsed a February declaration reaffirming their commitment to effective and comprehensive nuclear security at the third International Atomic Energy Agency (IAEA) ministerial meeting on the subject. During the International Conference on Nuclear Security 2020, states also expressed support for the IAEA’s role in advancing and coordinating nuclear security efforts. 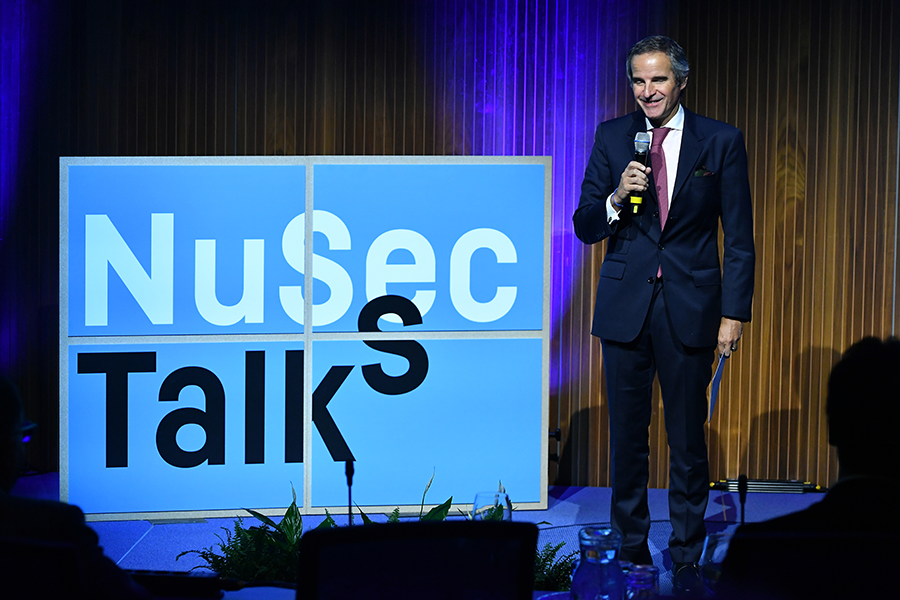 In remarks opening the Feb. 10–14 conference in Vienna, IAEA Director-General Rafael Grossi said that nuclear activities are “growing in a very sustained way” worldwide, creating a “magnet for groups with malicious intent” and requiring further action to prevent nuclear terrorism. He said the 2020 meeting included “record participation by ministers, which reflects the great importance” that states attach to nuclear security.

The IAEA held its first ministerial-level meeting on nuclear security in 2013 amidst a growing awareness of the threat posed by nuclear terrorism spurred in large part by the Nuclear Security Summits, a series of four head-of-state level meetings held every two years from 2010 through 2016. (See ACT, May 2016.) The summits aimed to minimize and secure weapon-usable nuclear materials in civil programs around the world. The second IAEA ministerial convened in 2016 after the summits ended and emphasized the importance of maintaining momentum on the nuclear security agenda. (See ACT, January/February 2017.)

In the 2020 declaration, the states emphasized that nuclear security is a state responsibility and encouraged national adoption of “threat mitigation and risk reduction measures.” The declaration also highlighted actions that states should take, including minimizing stockpiles of highly enriched uranium (HEU), where “technically and economically feasible.”

The declaration also highlighted the role the IAEA plays in “establishing and improving effective and sustainable national nuclear security regimes.” In the document, the states pledged support for the IAEA to continue assisting and fostering cooperative efforts in a number of areas, including information security and protecting against cyberattacks.

In the three years since the last ministerial conference, the IAEA provided radiation-detection equipment to 33 countries, provided training for more than 1,300 people, and released 12 new publications outlining best practices in nuclear security.

Grossi urged states to request IAEA expert peer-review and advisory missions, describing these services as “among the most important” the agency offers. He said the IAEA conducted 15 expert missions to advise states on how to improve nuclear security at certain facilities since 2016.

Requests by member states for IAEA nuclear security assistance is “constantly increasing,” Grossi said, adding that the nuclear security mission is “much too important to be dependent on extrabudgetary contributions.” A number of states committed to donate money to the IAEA Nuclear Security Fund during the 2020 conference.

In the U.S. statement, Energy Secretary Dan Brouillette also called on states to continue providing the IAEA with the necessary resources to achieve its nuclear security mandate. He said the United States has provided $51 million to the agency’s nuclear security work over the past three years.

Brouillette highlighted that, in the three years following the prior conference, the United States worked to improve the physical protection of nuclear materials at 10 facilities around the world and has equipped 672 border crossings with radiation-detection systems. He also noted U.S. efforts to blend down 13 metric tons of surplus HEU in the United States and to support cooperative work to remove or dispose of more than 1,000 kilograms of nuclear material in other countries.

The meeting’s declaration also drew attention to the importance of an upcoming conference in 2021 on the Convention on the Physical Protection of Nuclear Material (CPPNM) and its amendment, which entered into force in 2016.

The CPPNM established legally binding requirements for the security of nuclear materials in international transit and its 2005 amendment expanded the requirements to include physical protection of sites housing nuclear materials and domestic transit. Parties to the convention will hold a review conference in 2021 to assess the treaty’s implementation.

Grossi highlighted the agency’s role in encouraging member states to join the CPPNM and its amendment and noted that 10 states had ratified the amended convention since the 2016 meeting.