“What's really strikes me about ACA is the potential to shape the next generation of leaders on arms control and nuclear policy. This is something I witnessed firsthand as someone who was introduced to the field through ACA.”
– Alicia Sanders-Zakre
ICAN
June 2, 2022
Europe Seeks to Avoid UN Iran Sanctions

The three European parties to the 2015 Iran nuclear deal triggered the accord’s dispute resolution mechanism in January, potentially buying time to preserve the deal, but also increasing the risk that suspended UN sanctions on Iran could be snapped back. France, Germany, and the United Kingdom said they had “no choice” but to initiate the process on Jan. 14 after Iran’s announcement nine days earlier of its fifth violation of the nuclear deal, known as the Joint Comprehensive Plan of Action (JCPOA). (See ACT, January/February 2020.) 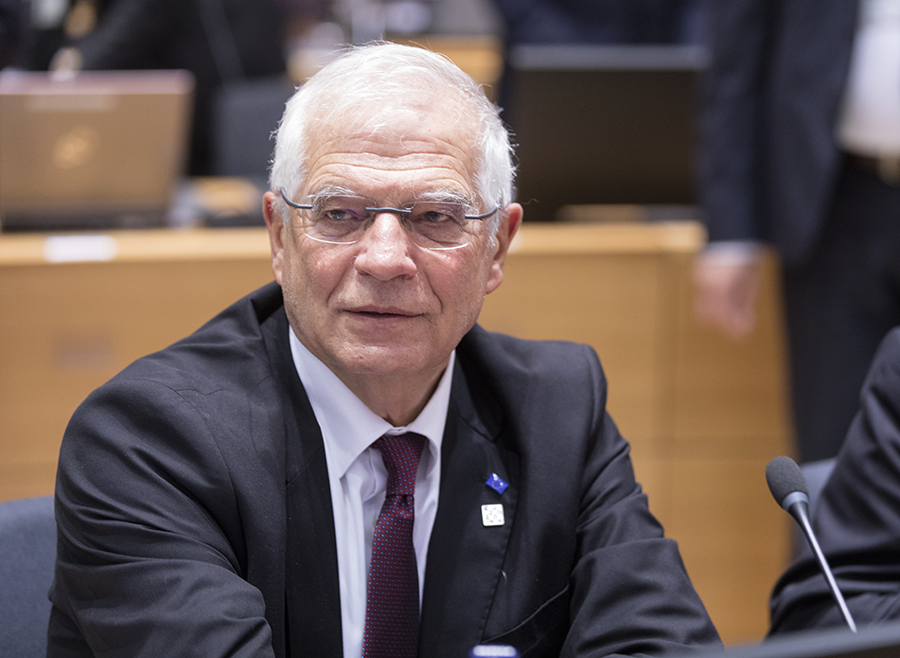 Once commenced, the dispute resolution mechanism begins with a 15-day review by the JCPOA Joint Commission, the body created to oversee the deal’s implementation. If it cannot resolve allegations of noncompliance, the foreign ministers of the participating JCPOA countries have 15 days to resolve the complaint. At the same time, or in lieu of ministerial consideration, a three-member advisory board can issue a nonbinding recommendation that the Joint Commission can consider for five days. The time periods for consideration by the Joint Commission and at the ministerial level can be extended by consensus.

If no resolution is achieved, any JCPOA participant can then refer the dispute to the UN Security Council, but such a step is not an automatic consequence of the dispute resolution mechanism process.

The terms of UN Security Council Resolution 2231, which eased UN sanctions against Iran after the JCPOA was negotiated, allow for those sanctions to be restored easily. Any council member may introduce a new resolution to continue lifting the sanctions, and if the resolution fails, the sanctions would be restored. The process thus bypasses the veto power of the council’s five permanent members (China, France, Russia, the UK, and the United States).

The Trump administration reportedly threatened to impose a tariff on European automobile parts imported to the United States if the three European nations failed to trigger the dispute resolution mechanism. Although the three said they decided to use the mechanism independently of U.S. President Donald Trump’s threat, the timing created speculation that they folded under pressure from the United States.

Their statement, however, emphasized that they are “not joining a campaign to implement maximum pressure against Iran” and reiterated their commitment to the JCPOA. The three nations have made clear that triggering the dispute resolution mechanism is designed to preserve the deal and address Iran’s breaches, but the move does increase the risk that Security Council sanctions could be reimposed on Iran. Still, during a Feb. 4 trip to Tehran, EU foreign policy chief Josep Borrell Fontelles said that the three European nations agreed to “continuously postponing the dates and time limits” of the mechanism to avoid Security Council referral.

He also emphasized that the dispute resolution mechanism “is not a measure orientated to finish with the deal, but to try to keep it alive, to give time for negotiation.” Borrell said he expected “some positive steps on the nuclear side” and “some positive aspects on the economic side” to come out of the process.

After meeting with Borrell in Tehran on Feb. 4, Iranian President Hassan Rouhani said that Iran is “still ready for interaction and cooperation” with the European Union to resolve issues and will “return to its commitments” when the other parties to the deal meet their obligations.

The agreement to extend the dispute resolution process creates time, but it is unclear what steps the remaining parties are willing and able to take to provide Iran with sanctions relief that Tehran is demanding.

The three European nations have attempted to set up a trade mechanism to preserve legitimate trade with Iran that bypasses U.S. sanctions, but the mechanism has yet to process a transaction.

A Swiss effort to create a payment mechanism to facilitate transactions for humanitarian goods is nearly operational, the Swiss government announced on Jan. 30, but it is limited in scope to medical exports, pharmaceuticals, and food.

The three European nations may just be attempting to buy time until after the U.S. presidential election in November. The Democratic candidates for the nomination have all expressed their intent to rejoin the JCPOA.

Despite the three nations’ intentions to use the dispute resolution mechanism to preserve the deal, the move could backfire. Failure to continue extending the consultative periods, or the Trump administration pressuring one of them to break consensus, could result in Iran being referred back to the Security Council.

The Trump administration may also choose to paint the dispute resolution mechanism process as a failure if it does not address Iran’s noncompliance and try to force the Security Council to reimpose sanctions unilaterally.

Given that Trump withdrew the United States from the accord in May 2018, it is unclear if Washington has legal recourse to go directly to the Security Council to reimpose sanctions on Iran.

Resolution 2231 allows any JCPOA participant to refer an allegation of noncompliance directly to the Security Council. The resolution was not amended to remove the United States as a participating state after the U.S. withdrawal from the JCPOA.

The U.S. State Department has reportedly written a memo outlining its case for why the United States can still refer Iran to the Security Council for significant noncompliance, and several members of Congress are pressuring the Trump administration to pursue this route.

The remaining parties to the deal, however, appear poised to challenge any U.S. attempt to use the Security Council to reimpose sanctions.

An official from one of the three European countries told Arms Control Today that “Trump does not get to pick and choose the parts of the deal” to advance his interests. The official suggested that any U.S. attempt to reimpose sanctions at the Security Council would be challenged by other members of the JCPOA.

Meanwhile, the Trump administration has continued to ratchet up pressure on Iran as the remaining parties to the JCPOA attempt to preserve the accord. The United States sanctioned the Atomic Energy Organization of Iran (AEOI) and its leader, Ali Akbar Salehi, in late January. According to a Jan. 31 announcement, Salehi was targeted for playing a “leading role in Iran’s nonperformance of its key nuclear commitments.” The AEOI was already subject to sanctions reimposed when the United States withdrew from the Iran deal.

The AEOI responded to the sanctions Jan. 31 by calling the move “unwise” and said it would “not in any way interrupt [Iran’s] peaceful nuclear activities and policies.”

But the Trump administration did renew sanctions waivers for 60 days, allowing several cooperative nuclear projects with Iran to continue. The Jan. 31 announcement by the State Department did not specify what JCPOA projects will be included, but the waivers likely cover modifications at the unfinished heavy-water reactor at Arak, the transfer of spent fuel out of Iran, the provision of fuel for the Tehran Research Reactor, and activities at the Bushehr power reactor.

During his visit, Borrell also requested that Iran continue to abide by the monitoring and verification provisions of the JCPOA. When Iran announced in January that it would no longer adhere to any restrictions put in place by the deal, Tehran affirmed its intent to continue to comply with International Atomic Energy Agency (IAEA) inspections.

IAEA Director-General Rafael Grossi said on Feb. 5 that Iran continues to adhere to its safeguards agreement and its additional protocol, a more intrusive set of monitoring measures required by the JCPOA.

Grossi said in a Feb. 4 interview that if Iran is implementing its additional protocol, the international community “will always have prompt warning about any…concerning development.”