Russia and China proposed partially lifting UN Security Council sanctions on North Korea on Dec. 16, in an effort to reinstate a diplomatic process, according to the Russian news agency Tass. Ahead of the draft resolution’s release, Russian Ambassador to the United Nations Vasily Nebenzya said on Dec. 11 that “sanctions will not substitute for diplomacy. It is impossible to reach an agreement without offering something in return.” 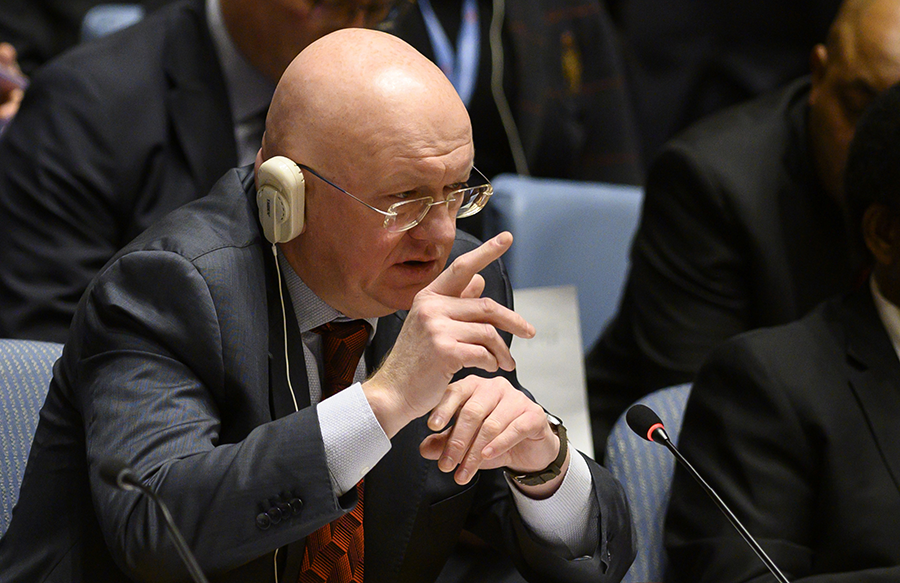 Starting in 2018, China, North Korea, and Russia have held trilateral talks that have received less international attention than the stalled U.S.-North Korean diplomatic efforts to reach a settlement on denuclearization and peace on the Korean peninsula. The talks appear to have focused so far on converging the three countries’ positions to strengthen Pyongyang’s stance in negotiations with Washington. Russian Foreign Minister Sergey Lavrov said on Nov. 8 that the independent trilateral initiative should not be considered a substitute for the U.S.-North Korean dialogue, but the co-sponsored draft resolution purportedly calls for the “prompt resumption of the six-party talks or re-launch of multilateral consultations in any other similar format, with the goal of facilitating a peaceful and comprehensive solution through dialogue,” signaling Russia’s and China’s mounting interest in collaborating formally on North Korea’s denuclearization process.

North Korean Vice Foreign Minister Choe Son Hui met with Russian officials twice in Moscow in November to discuss “international issues of mutual concern” and shared “views on the situation of the Korean peninsula,” according to statements issued by the state-run Korean Central News Agency. Choe met for the first time with counterparts in Beijing and in Moscow in October 2018.

Based on reporting by the South China Morning Post, initial conversations appear to have centered on gaining support for Pyongyang’s preference for reciprocal concessions, trading North Korean steps toward denuclearization for a gradual alleviation of U.S. and UN sanctions, as well as actions to address Pyongyang’s security concerns. According to a Chinese Foreign Ministry statement released after the October meeting, “it is time to start considering the adjustment of the UN Security Council’s sanctions regime” against North Korea.

The Dec. 16 draft resolution reiterated this call and specifically recommended exempting from sanctions “certain industrial machinery and transportation vehicles which are used for infrastructure construction and cannot be diverted to…nuclear and ballistic missile programmes,” among other things. It also urged “further practical steps to reduce military tension on the Korean Peninsula and probability of any military confrontation by all appropriate means, such as, but not limited to, conclusion of agreements between military officials, and adoption of formal declaration and/or a peace treaty for the end of the Korean war.”

Faced with mounting pressure from Pyongyang, the Trump administration, which has long maintained that North Korea’s full denuclearization must precede sanctions relief, may be moving toward an increasingly more flexible negotiation stance. At a UN Security Council meeting on Dec. 11, U.S. Ambassador to the United Nations Kelly Craft noted that Washington “remain[s] ready to take actions in parallel, and to simultaneously take concrete steps toward this agreement” and added that the United States is “prepared to be flexible in how we approach this matter.” At the same meeting, a Chinese representative reminded that it is “imperative” that economic sanctions on North Korea be eased, and Nebenzya affirmed that progress is impossible for as long as North Korea is “told to unequivocally agree to all conditions that are imposed for the promise of future benefits.”

Nebenzya’s comments closely echoed those of Lavrov’s at the Moscow Nonproliferation Conference on Nov. 8, where he spoke on Moscow’s and Beijing’s preference for an “action-by-action, step-by-step” approach to North Korean denuclearization.

North Korean leader Kim Jong Un has held summits with Russian and Chinese leaders throughout 2018 and 2019 in addition to his two with U.S. President Donald Trump. Kim met Russian President Vladimir Putin once, in April 2019, and Chinese President Xi Jinping most recently in June 2019.