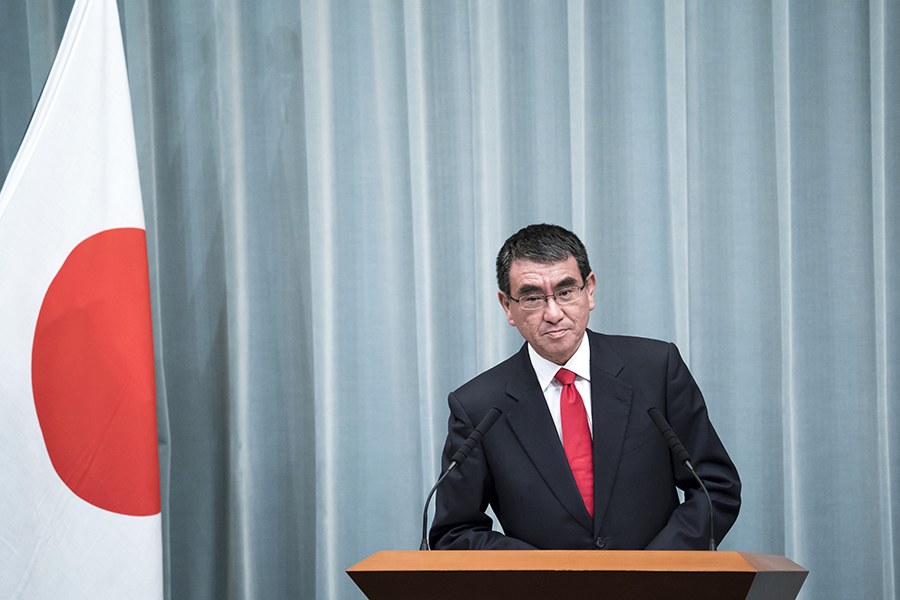 In an Oct. 31 interview with The Financial Times, Defense Minister Taro Kono said, “The U.S. doesn’t have non-nuclear missiles that can be deployed yet. Maybe they’re in the phase of development. We have not been discussing any of it.”

U.S. Defense Secretary Mark Esper said in August after the demise of the INF Treaty that he would like to see the deployment of U.S. conventional, ground-launched, intermediate-range missiles in Europe and Asia, ideally as soon as possible. South Korea and Australia said at the time that they were not considering such a deployment.

Meanwhile, Russian Foreign Minister Sergey Lavrov in November continued to rebuke the Trump administration for “dismantling” the treaty, saying that “our American colleagues were only engaged in searching for pretexts to get rid of the INF Treaty.” He also stated that Moscow will not deploy ground-launched, intermediate-range missiles until the United States does.

The Pentagon has stated that it would conduct a test of a ground-launched ballistic missile with a range of about 3,000 to 4,000 kilometers by the end of the year, but the test does not appear to have taken place yet. On Aug. 18, the United States flight-tested a ground-launched cruise missile that would have been prohibited by the INF Treaty.

Signed in 1987, the INF Treaty led to the elimination of 2,692 U.S. and Soviet nuclear and conventional ground-launched ballistic and cruise missiles having ranges between 500 and 5,500 kilometers.—SHANNON BUGOS