“It will take all of us working together – government officials, and diplomats, academic experts, and scientists, activists, and organizers – to come up with new and innovative approaches to strengthen transparency and predictability, reduce risk, and forge the next generation of arms control agreements.”
– Wendy Sherman
U.S. Deputy Secretary of State
June 2, 2022
Decision on Autonomous Weapons Talks Eludes CCW

States parties to the Convention on Certain Conventional Weapons (CCW) discussed in November the danger of lethal autonomous weapons systems, often referred to as “killer robots,” but could not agree to begin a formal process of creating a legal instrument to govern their development and use. This is the fifth year in which the topic has been addressed by the CCW, which seeks to control especially harmful or indiscriminate conventional arms. 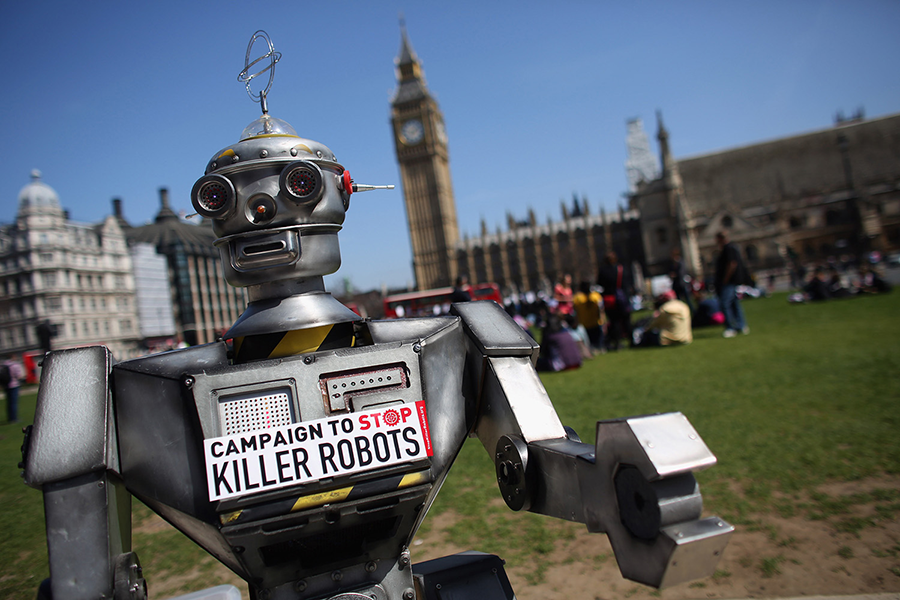 In the final report of the CCW’s annual meeting, adopted by consensus after considerable debate, the members of the CCW endorsed guiding principles for autonomous weapons that had been drafted in August by a Group of Governmental Experts. These state that international humanitarian law applies fully to autonomous weapons and that “human responsibility for decisions on the use of weapons systems must be retained.”

Some parties, as well as civil society representatives, derided the lack of progress toward a more comprehensive prohibition. Several dozen states are in support of some form of legal framework binding autonomous weapons development and use, and 30 have explicitly supported banning them by treaty, according to the Campaign to Stop Killer Robots. The group, a coalition of nongovernmental organizations, stated that “pressure is building on states to launch negotiations on a new treaty on fully autonomous weapons without delay.”

The states parties to the CCW agreed that the Group of Governmental Experts will meet again for two five-day sessions in 2020 to continue their discussion on the “aspects of the normative and operational framework” of autonomous weapons. Additional days of discussion are also planned for 2021.—OWEN LeGRONE