Iran will no longer adhere to limits on its nuclear research and development activities, as it once agreed in the 2015 Joint Comprehensive Plan of Action (JCPOA), Iranian President Hassan Rouhani announced on Sept. 4. Just three days later, Atomic Energy Organization of Iran spokesman Behrouz Kamalvandi said that technicians had begun introducing uranium hexafluoride to cascades of 20 IR-4 and 20 IR-6 centrifuges, exceeding the number of machines permitted in a cascade by the R&D terms of the nuclear agreement. 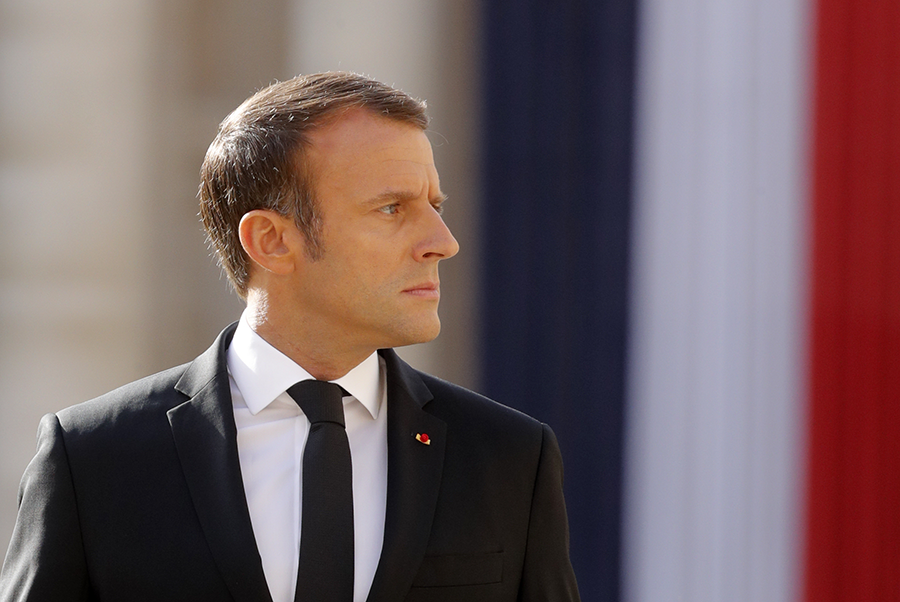 If confirmed, the move would constitute Iran’s third breach of the six-party nuclear deal in retaliation to the U.S. withdrawal from the agreement in May 2018 and Washington’s reimposition of U.S. sanctions that had been lifted. Iran’s latest step away from the nuclear accord follows its May and July 2019 decisions to enrich and accumulate uranium beyond the thresholds designated by the JCPOA. According to the agreement, Iran can store no more than 300 kilograms of uranium hexafluoride enriched up to 3.67 percent uranium-235, and it may not enrich uranium to levels higher than that for 15 years after the implementation day.

The nuclear accord limits Iran to operating 5,060 IR-1 centrifuges and permits R&D work on a very limited number of IR-4, -5, -6, and -8 centrifuges, as long as the work does not result in an accumulation of enriched uranium.

Tehran’s September decision to breach the agreement’s centrifuge R&D limits poses risks that Iran could increase the output of its centrifuges, should it begin to operate and withdraw enriched uranium from the more advanced designs.

The latest International Atomic Energy Agency (IAEA) report confirmed that Iran has installed or is in the process of installing 22 IR-4 centrifuges, one IR-5 centrifuge, and 33 IR-6 modeled centrifuges. Although prepared for testing, the IAEA indicated that as of Sept. 8, no uranium hexafluoride had been introduced into these centrifuges.

Until now, Iran had been complying with the R&D restrictions. A May 2019 IAEA report said that “no enriched uranium has been accumulated through enrichment R&D activities, and Iran’s enrichment R&D with and without uranium has been conducted using centrifuges specified in the JCPOA.” Should Iran begin to enrich and accumulate uranium using advanced centrifuge models or test the centrifuges installed at the Natanz pilot fuel-enrichment plant, then Iran’s actions would signify a further breach of the nuclear accord.

The September IAEA report also verified that Iran has taken steps toward configuring cascades, or chains of centrifuges used to optimize enriched uranium output, at the Natanz plant. The report cited a Sept. 8 letter from Tehran to the agency expressing a plan to install two cascades: one of 164 IR-4 centrifuges and one of 164 IR-2m centrifuges. Both cascades were under development prior to the JCPOA’s implementation, but Iran was obligated to remove them from the Natanz plant under the terms of the 2015 agreement.

Iran’s latest potential breach of the JCPOA comes one month after its Aug. 5 plea to European leaders to do more to compensate the Iranian government for assets lost through the imposition of U.S. sanctions. (See ACT, September 2019.) In May the Trump administration announced it would not renew the sanctions waivers previously granted to countries importing Iranian oil in a strengthened effort to pressure Iran to halt its nuclear and missile provocations and to disengage from regional conflicts.

At the Group of Seven summit in France in August, French President Emmanuel Macron offered a proposal to extend Iran a $15 billion line of credit guaranteed by future Iranian oil sales in return for Iran’s return to compliance with the JCPOA and commitment to negotiations on regional security and the future of Iran’s nuclear program.

On Sept. 3, French Foreign Minister Jean-Yves le Drian said that talks on the credit arrangement were underway but U.S. approval would be crucial. “All this (pre)supposes that President [Donald] Trump issues waivers,” he told reporters.

Earlier this year, the Europeans established INSTEX, a state-owned trade intermediary to facilitate trade in nonsanctioned goods with Iran. When the U.S. oil sanctions waivers were eliminated in May 2019, oil imports were halted. Only China and Syria continue to buy Iranian oil, albeit at a lessened rate, in defiance of U.S. sanctions.

Without the reissuance of U.S. sanctions waivers, France and other countries are unlikely to move forward due to the cost of the U.S. Treasury Department sanctions on the institutions and businesses involved in the French plan.