Nearly a decade ago, the U.S. Senate approved the ratification of the New Strategic Arms Reduction Treaty (New START), which limits deployed strategic weapons and launchers possessed by the United States and Russia. With 71 senators voting in favor, it was a rare act of bipartisanship in Washington. Key to this cross-party support was a commitment by President Obama to modernize aging nuclear warhead production facilities in the Department of Energy. Some observers believed a consensus had emerged in favor both of arms control and “nuclear modernization” that would provide a period of stability in nuclear policy-making.1 That promise appears to be fading, and a review of the 2010 ratification process could serve the current president and Congress. 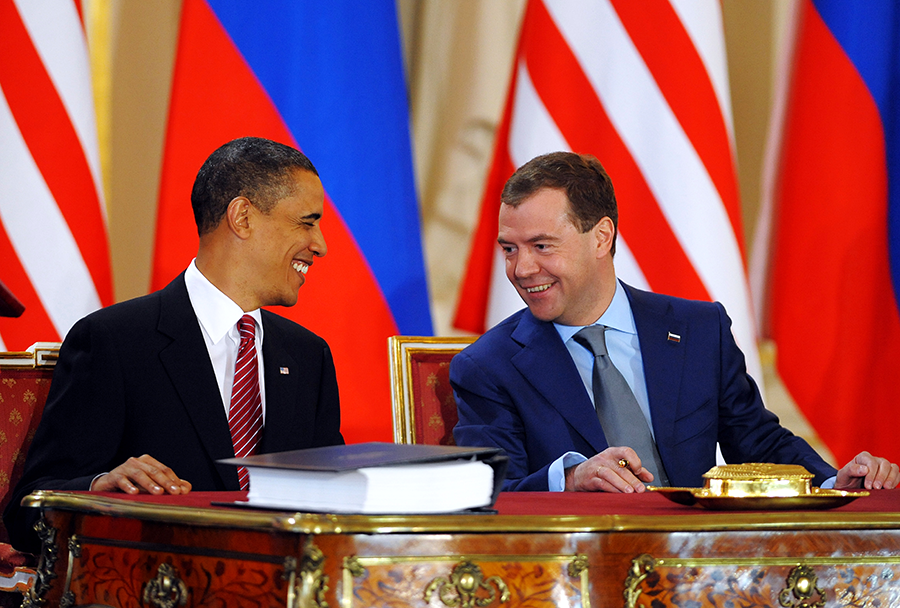 New START expires in February 2021, and the Trump administration has suggested it will let it lapse to pursue a more ambitious agreement involving the United States, Russia, and China. At a July 2019 congressional hearing on U.S.-Russian arms control, not a single Republican member voiced support for extending New START.2 Many Democrats in Congress are concerned that the Trump administration made insufficient efforts to preserve the Intermediate-Range Nuclear Forces (INF) Treaty before withdrawing from it in response to Russia’s violations of the agreement, oppose the new low-yield nuclear weapon requested by the president, and wonder whether current plans to sustain and modernize the nuclear deterrent, with costs projected to exceed $1 trillion in the next three decades, are affordable.3

The consensus was always fragile. Perhaps its fraying was inevitable, but it is worth recalling the events that brought a moment of bipartisan harmony in nuclear policy-making.

The linkage between modernization and New START was made before the treaty was concluded. In the fiscal year 2010 National Defense Authorization Act, Senator Jon Kyl (R-Ariz.) authored a provision requiring the administration to provide a nuclear weapons plan to Congress when the treaty was submitted to the Senate, to include 10-year budget projections on “the plan to: (1) enhance the safety, security and reliability of the nuclear weapons stockpile of the United States; (2) modernize the nuclear weapons complex; and (3) maintain the delivery platforms for nuclear weapons.”4

Senior Obama administration officials soon joined the debate. In January 2010, Vice President Joe Biden previewed the president’s budget in a commentary in The Wall Street Journal. Noting the warning of the Strategic Posture Commission, chaired by former secretaries of defense William Perry and James Schlesinger, which in 2009 lamented the deterioration of the weapons complex, Biden wrote that the proposed budget “both reverses this decline and enables [the administration] to implement the president’s nuclear security agenda.”5 In a speech the following month, he argued that these investments were “not only consistent with our nonproliferation agenda; [they are] essential to it. Guaranteeing our stockpile, coupled with broader research and development efforts, allows us to pursue deep nuclear reductions without compromising our security.”6 The president’s budget requested a nearly 10 percent increase for the weapons activities of the National Nuclear Security Administration (NNSA)—raising it to $7 billion—and an increase of more than $5 billion over a five-year period.

In the report of the Nuclear Posture Review, Secretary of Defense Robert Gates took a similar tack. He wrote that funds he transferred to the Department of Energy for weapons work would allow the United States to sustain and support its nuclear deterrent while enabling future arms control reductions by “allowing us to hedge against future threats without the need for a large non-deployed stockpile.”7

Twice in 2010, while New START was under Senate consideration, the Obama administration reported on proposed investments for the weapons complex. The first report in May promised some $80 billion over 10 years.8 The second, submitted in November at the behest of Kyl, pledged another $5 billion over the ensuing decade, for a total of $85 billion.9

To push the treaty across the finish line, the president put his full weight behind the budget promises. Two days before the Senate vote on the treaty, Obama pledged to four key senators on the Appropriations Committee that he “recognize[d] that nuclear modernization requires investment for the long-term. That is my commitment to the Congress—that my administration will pursue these programs and capabilities for as long as I am president.”10 The president’s personal assurance achieved its purpose: 12 Republican senators joined 59 Democrats to approve the treaty’s ratification.

What did both sides gain? Kyl, who ultimately opposed the treaty, and other Senate Republicans succeeded in leveraging the treaty to secure long-term commitments designed to restore the health of the Energy Department enterprise. During much of 2010, Kyl was able to persuade Republican senators to stay neutral on the treaty, forcing the administration to deal with him. For its part, the administration gained progress on a central pillar of the president’s ambitious nuclear weapons agenda, which he had outlined in April 2009. He was able to do so consistent with that vision, which called for the “peace and security of a world without nuclear weapons,” but also promised that as long as nuclear weapons existed, the United States would “maintain and safe, secure and effective arsenal.”11

The bipartisan compromise advanced strategic stability and the health of the U.S. nuclear deterrent. New START remains in effect, with the United States and Russia abiding by its limits, and both taking full advantage of the verification regime. The nuclear complex enjoyed a decade of relative stability in funding. Although the Budget Control Act in 2011 slowed the rate of budget increases for a time, since 2010 the NNSA weapons budget has increased by more than 60 percent and is on track to receive more during fiscal years 2011–2020 than originally promised by the Obama administration.12

The current administration would do well to consider this history and the continued importance of linking arms control and nuclear modernization. Supporters of arms control will surely be reluctant to buy into a long-term nuclear modernization plan that does not involve a realistic plan for mutual restraint between the two countries with the largest nuclear arsenals, namely the United States and Russia. At the same time, supporters of the nuclear deterrent should appreciate the benefits of predictability and stability for the complicated undertaking that is the nuclear enterprise.

1. Whether there was an actual consensus is debatable, given that less than one-third of the Republican caucus—12 of 41 senators—voted for the Treaty.

2. Arms Control Association Board Chair Thomas Countryman and the author were witnesses at the hearing. U.S. House Committee on Foreign Affairs, “Russia and Arms Control: Extending New START or Starting Over?” July 25, 2019, https://foreignaffairs.house.gov/hearings?ID=CC4C4917-AD41-4EF2-A99A-B2C69B2D7ECB.

3. The Congressional Budget Office estimated that the cost of maintaining the nuclear deterrent and modernizing it over three decades would total $1.2 trillion in 2017 dollars, of which more than $800 billion would go to operate and sustain the nuclear forces and about $400 billion to modernize them. U.S. Congressional Budget Office, “Approaches for Managing the Cost of U.S. Nuclear Forces, 2017-46,” October 2017, https://www.cbo.gov/system/files/115th-congress-2017-2018/reports/53211-nuclearforces.pdf.

8. Senator Jon Kyl (R-Ariz.) sponsored the legislation that was eventually passed into law requiring this report. The report was classified, but the White House released an unclassified fact sheet. “The New START Treaty - Maintaining a Strong Nuclear Deterrent,” n.d., http://www.airforcemag.com/SiteCollectionDocuments/Reports/2010/May%202010/Day18/NewSTARTsection1251factsheet.pdf.

11. Office of the Press Secretary, The White House, “Remarks by President Barack Obama in Prague as Delivered,” April 5, 2009, https://obamawhitehouse.archives.gov/the-press-office/remarks-president-barack-obama-prague-delivered.

Brian P. McKeon is a senior director at the Penn Biden Center for Diplomacy and Global Engagement in Washington. He served as deputy national security adviser to Vice President Joe Biden from 2009 to 2012. While in that position, he coordinated the administration’s efforts to seek Senate approval of the New Strategic Arms Reduction Treaty.