U.S. and UK leaders received rare rebukes on the same day in June to their plans to sell conventional arms to Saudi Arabia, highlighting the challenges that Riyadh’s top two arms suppliers face in justifying their support for the kingdom and its allies. 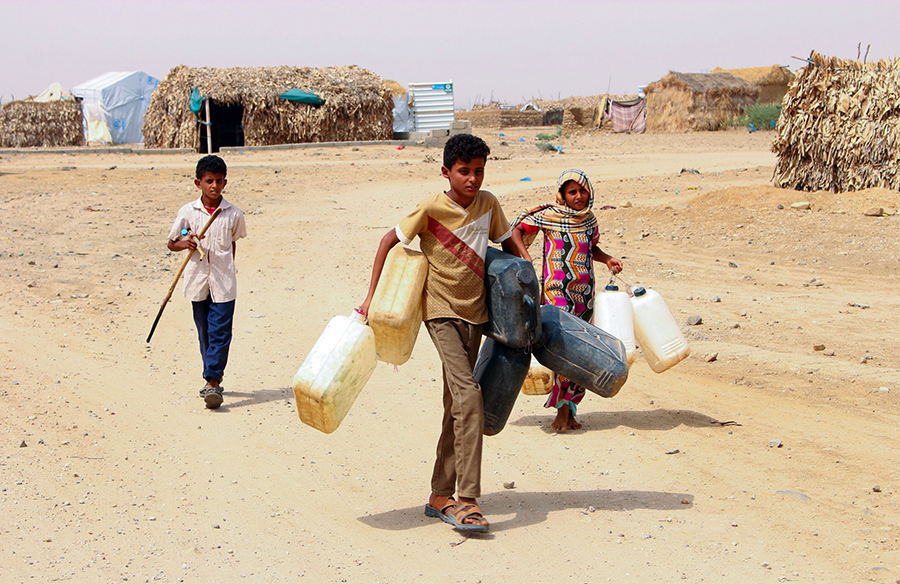 The Republican-led U.S. Senate voted June 20 to block issuing licenses for $8.1 billion in arms sales to Jordan, Saudi Arabia, and the United Arab Emirates (UAE) that had been previously promised by the Trump administration. Senators approved two resolutions, each by a 53-45 vote with seven Republican senators in support, and 20 resolutions en bloc by a 51–45 vote with five Republican senators voting in favor. The resolutions came in response to the administration’s use of emergency powers to bypass the normal congressional notification process on 22 arms sales agreements. The House is expected to pass similar resolutions of disapproval.

The legislative action echoes earlier congressional efforts to curb U.S. military support for Saudi combat activity in Yemen as lawmakers have expressed concern about the humanitarian consequences of the war in Yemen and the Trump administration’s muted response to the Saudi killing of Jamal Khashoggi, a commentator for The Washington Post. Congress approved a resolution in March under the War Powers Act to limit U.S. military action in Yemen, but it could not muster enough votes to overrule President Donald Trump’s veto of the resolution. Trump is expected to veto the June resolutions as well. (See ACT, June 2019.)

Aspects of the planned arms sales faced early opposition from Sen. Bob Menendez (D-N.J.), the ranking member on the Senate Foreign Relations Committee, who placed a hold in 2018 on precision-guided munition sales to Saudi Arabia and the UAE, acting during a customary informal period that precedes formal notification. (See ACT, September 2018.) On May 24, Secretary of State Mike Pompeo invoked a provision in the 1976 Arms Export Control Act (AECA) to allow the administration to conclude the sales, citing the need to “deter Iranian aggression and build partner self-defense capacity.” The declaration allowed the president to bypass Menendez's hold and a formal 30-day review process, using authority under the AECA to expedite arms sales to foreign governments if the president declares that “an emergency exists which requires the proposed sale in the national security interest of the United States.”

That emergency authority has been used three times in the past, according to R. Clarke Cooper, assistant secretary of state for political-military affairs, during a House Foreign Affairs Committee hearing on June 12. He argued the sales sent a “loud and clear message to Iran that we stand by our regional partners.”

At that hearing, Chairman Eliot Engel (D-N.Y.) flatly declared that “there is no emergency,” saying that “a real emergency would require weapons that can be delivered immediately...not months or even years from now, as these do.” Cooper agreed that some of the sales would take place over a longer time frame, but said that others are “happening now, and actually, it’s happened prior to this hearing.” It appears that precision-guided munitions would be among the first weapons to be delivered.

Menendez also sought to send a message to the region. “If the Senate wants to show the world that even if you are an ally you cannot kill with impunity, this is the moment,” he said before the June 20 vote. He urged his colleagues to “stand up for the proposition that we won’t let our bombs fall upon innocent civilians and have the moral responsibility which will be a blemish on our history for years to come.”

With Sen. Lindsey Graham (R-S.C.), Menendez and five other senators first introduced the 22 joint resolutions of disapproval on June 5. Such resolutions have been rarely introduced, and their passage by both chambers is exceedingly rare. None has survived a presidential veto.

The pushback against arms sales to Saudi Arabia also extended to the United Kingdom, Riyadh's second-largest arms supplier. The UK Court of Appeal determined on June 20 that the government had failed to sufficiently scrutinize the Saudi-led coalition’s adherence to international humanitarian law, in violation of UK and EU law. In a press summary of their ruling, the judges said the UK government “made no concluded assessments” of the Saudi-led coalition’s record in Yemen, nor did it try to do so. Instead, the government had assessed Saudi “attitude” and engaged Riyadh in an attempt to avoid breaches of law and civilian casualties. The court found that approach insufficient and directed the government to reassess past decisions and change this practice moving forward. The court did not ban any arms transfers, but the UK government said June 25 that while it was reviewing the decision it would “not grant any new licenses for exports to Saudi Arabia and its coalition partners (UAE, Kuwait, Bahrain and Egypt) which might be used in the conflict in Yemen.”