China may have tested its new submarine-launched ballistic missile (SLBM) in June, but Beijing has not confirmed the launch. Chinese media first reported that a JL-3 missile was tested in the Yellow Sea’s Bohai Bay on June 2. The JL-3 is an SLBM with an estimated range of more than 9,000 kilometers that is designed for China’s next-generation submarine, which is not under construction. The first test of the JL-3 took place in Bohai Bay in November 2018. 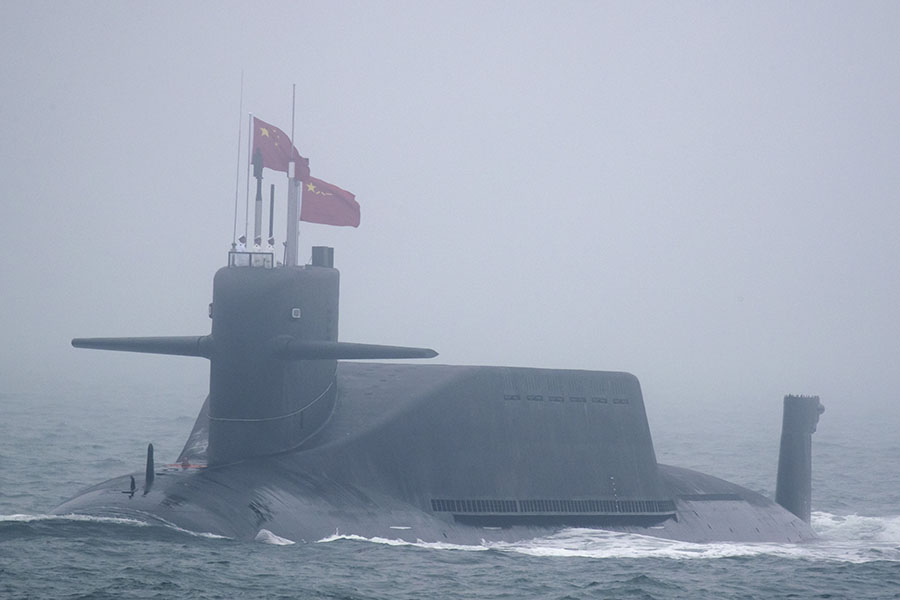 The People’s Liberation Army tweeted a photo of the June 2 test, but did not name the missile. The South China Morning Post quoted two military sources saying that the missile test was designed to check an improved guidance system on a deployed land-based ballistic missile and that Bohai Bay was closed for an unrelated military exercise.

When deployed, the JL-3 will extend the range of China’s sea-based nuclear weapons. Beijing currently uses the JL-2, which has a range of about 8,000 kilometers.

According to an annual U.S. Defense Department report released in May, China has invested significantly in its sea-based nuclear forces in recent years.

A fleet of survivable nuclear submarines could reduce China’s incentive to expand its nuclear arsenal, but it also could lead China to increase the alert level of its nuclear forces, Tong Zhao, a fellow at the Carnegie Endowment for International Peace, wrote in an October 2018 report.

Titled “Annual Report to Congress on Military and Security Developments Involving the People’s Republic of China,” the Pentagon’s analysis found that China possesses 80 to 160 intermediate-range ballistic missiles, a jump from the 2018 estimate of 16 to 30 missiles, including nuclear-capable DF-26 missiles with a 4,000-kilometer range that were first fielded in 2016.

China’s DF-41 intercontinental ballistic missile (ICBM) remains under development, according to the report, which reaffirmed its 2018 assessment that China is exploring road-mobile, rail-mobile and silo-based launch options for the missile. It is expected to carry multiple warheads.

The 2019 report indicates that China has now fielded the DF-31AG, an improved variant of the DF-31A ICBM.

The report asserts with more certainty that China’s H-6K bomber could have a nuclear mission, claiming that “since at least 2016, Chinese media have been referring to the H-6K as a dual nuclear-conventional bomber.”

As it did last year, the report finds that China is still developing two new air-launched ballistic missiles, one of which may include a nuclear payload. Once China is able to deploy these missiles, it would possess a viable nuclear triad—the ability to launch nuclear weapons from the land, air, and sea.